The Intellectual Contribution Award recipient for Human Development and Psychology reflects on his time at HGSE and looks toward the future.
By Marin Jorgensen
May 16, 2019 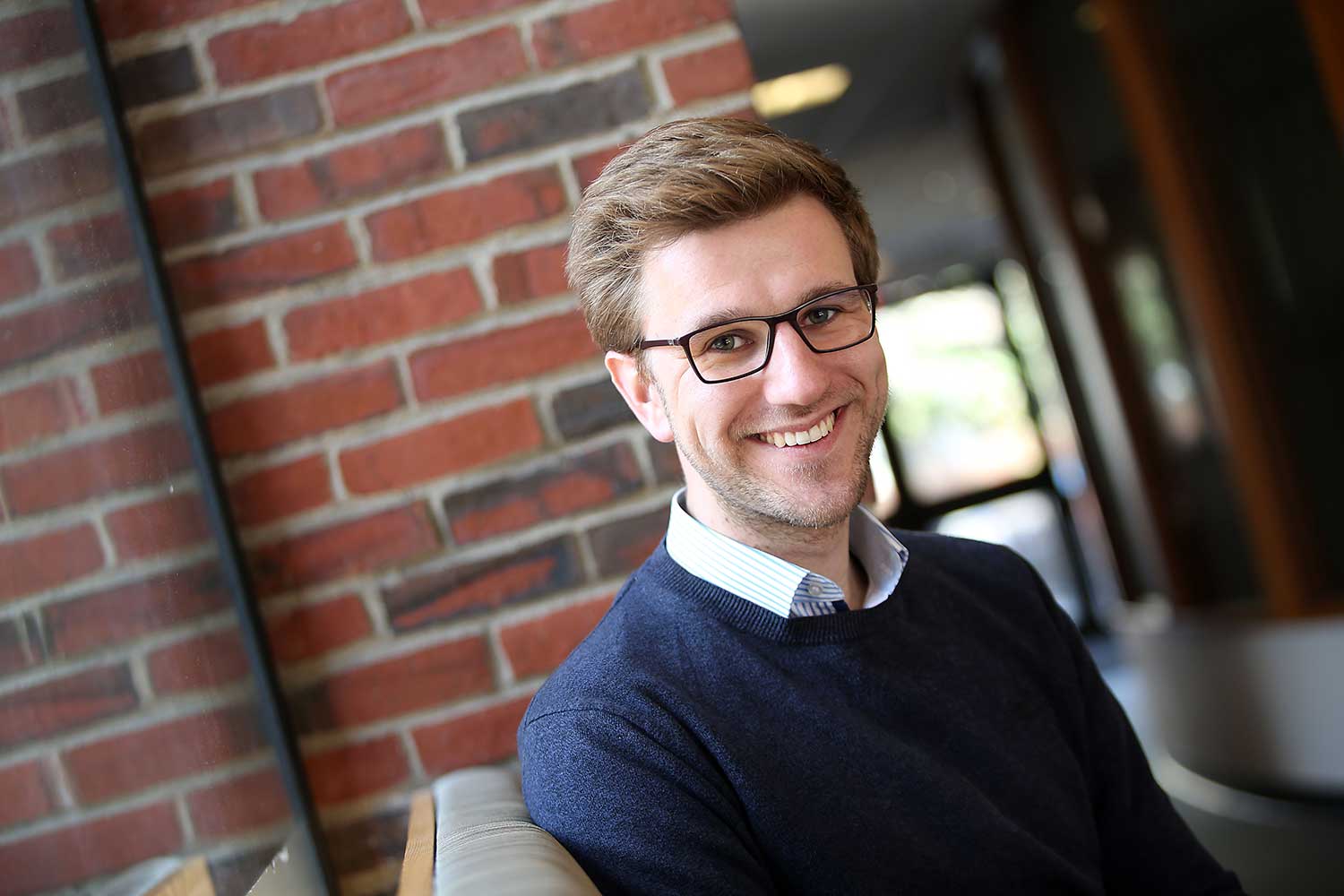 The biggest motivator for Konstantin Offer in coming to HGSE was really quite simple: he wanted to learn how to love.

“Before entering the Ed School, I read Søren Kierkegaard’s Works of Love,” he says. “Kierkegaard’s philosophy had a profound influence on me, as it touches upon existential human concerns. His writings fostered a desire within me to learn how to love my neighbor as I love myself.”

Offer enrolled in the Human Development and Psychology (HDP) Program, where, he says, he developed a clearer understanding of just what neighborly love entails. He also gained valuable perspective on the struggles faced by people around the world, which deepened his commitment to help.

“There are many social inequalities and structural injustices in the world, and it is hard for me to unsee them after immersing myself in them,” he says.

Offer’s sensitivity and thoughtfulness was embraced by the HDP cohort, who have honored him with the Intellectual Contribution Award.

“Konstantin has been a wonderful contributor to our community,” write Senior Lecturer Richard Weissbourd and Professor Meredith Rowe, faculty directors of HDP. “He's greatly appreciated by peers and faculty alike for his careful listening, agile mind, deep intelligence, generosity, and thoughtfulness. We're delighted to recognize him with this award.”

Here, Offer reflects on his year at HGSE and looks ahead to his future in education:

What was your greatest fear before attending HGSE? The greatest fear that I faced before attending HGSE was a fear of death. I handed in my application to Harvard one day after my father’s funeral, which was a week before my 23rd birthday. It’s always hard to lose a parent at a relatively young age, and I quickly needed to learn how to stand on my own feet. Over the last nine months, I have developed a deep appreciation for the HGSE community, which I experience as a beautiful and caring space. I am grateful for all the people I have met during my time at Harvard and feel hope for the field of education when I see their generosity, sincerity, and kindness.

What is something that you learned at HGSE that you will take with you throughout your career in education? One thing that I have learned over the last year is that human suffering is universal and inevitable. There are many different reasons why people suffer and most people suffer for one reason or another. Acknowledging other people’s suffering opens up a path for recognizing one’s own and other people’s humanity. This allows people to see themselves and others as they are, which makes it easier to act in and out of love.

What advice do you have for next year’s students going through your program? Recognize that human development is not just an academic discipline to study, but that you will also develop as a human being while studying it. Take the time to better get to know yourself and strive for a more profound understanding of who you are, how you develop, and why you pursue the trajectories that you do.

If you could transport one person/place/thing from HGSE and/or Cambridge to your next destination, what would it be? I will miss the Charles River, as I have spent a great amount of time walking along its banks thinking about love, goodness, and truth.

What will you change in education and why? The Harvard Graduate School of Education aims at educating students to change the world, and I would like to contribute to a change that makes it easier for people to love themselves and others. This journey will first and foremost entail that I keep on developing the qualities I hope to see in other people. To change the world, I need to change myself.