A Tribute to Sara Lawrence-Lightfoot: Portrait of an Educator

The noted sociologist and educator will be retiring from HGSE at the end of this academic year.
By News editor
April 23, 2019 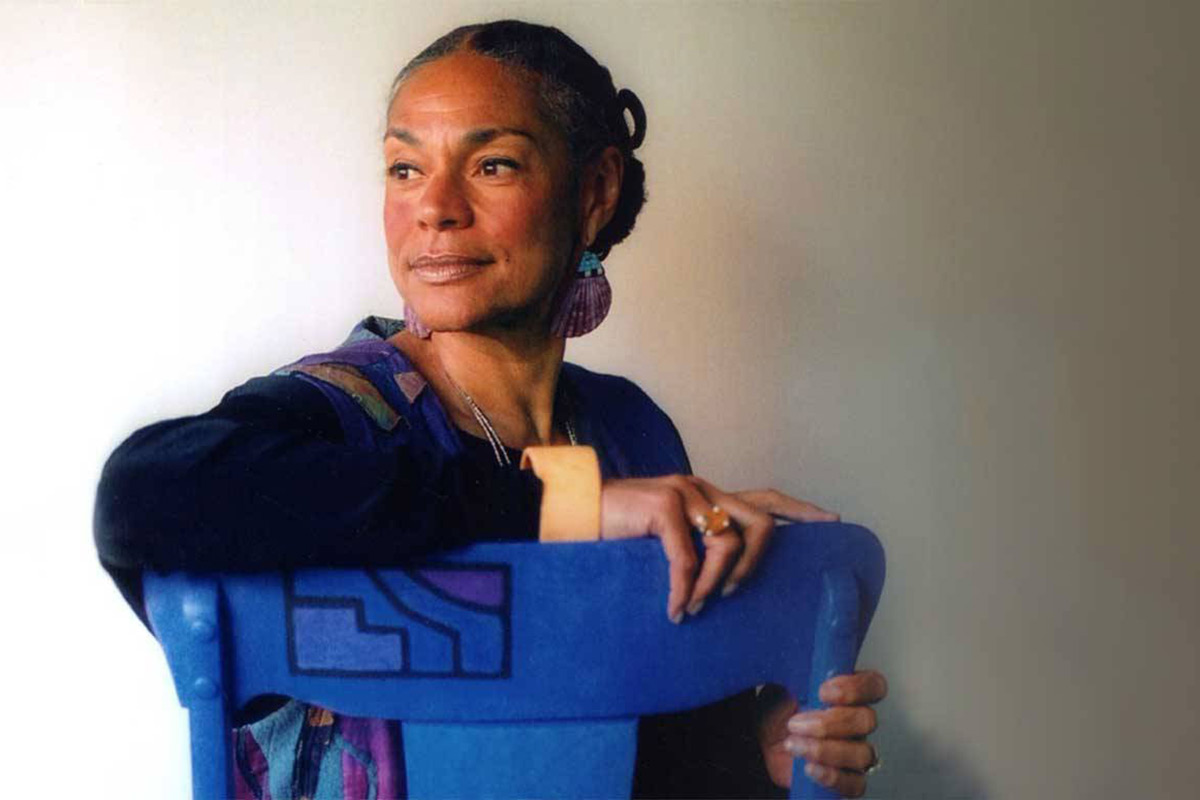 Professor Sara Lawrence-Lightfoot has spent her impressive career as an educator and sociologist examining the culture of schools, the ecology of education, and the relationship between human development and social change. A pioneer in portraiture, a method of scholarly inquiry that allows social scientists to capture the rich complexity of individuals and organizations, Lawrence-Lightfoot has been a valued member of the Harvard Graduate School of Education faculty since 1972. On the occasion of her retirement, the endowed chair that she currently holds will become the Sara Lawrence-Lightfoot Endowed Chair, making her the first African-American woman in Harvard’s history to have an endowed professorship named in her honor.

Many of Lawrence-Lightfoot's former doctoral students — some now colleagues on the HGSE faculty — gathered on April 3 to pay her tribute. Associate Professor Sarah Dryden-Peterson, Ed.D.'09, was among the speakers at the event. Her prepared remarks (which follow below) serve as a testimonial to Lawrence-Lightfoot's career — the impact she has made at HGSE and in her field, and the legacy she leaves for her students.

For Teacher Sara, With Love

I always know when Sara is on campus. Her office is just down the hall from mine, and I can sense her presence, breathing in the deep warm scent that can be only her. As someone who has never worn perfume, I don’t know what others would call this fragrance. To me, it is the “Essence of Sara.”

For the past 15 years, this “Essence of Sara” has been a steady presence for me, reminding me that much as I am called to be teacher to others, I still have teachers. Outside of family, most spaces of education are designed for a rotating cast of characters who appear, teach us a for a set amount of time or for a set skill, and then disappear from the trajectories of our learning. Not Sara.

Without even setting eyes on her, the “Essence of Sara” allows me to feel surrounded by the trust and faith of her as my teacher. And from that foundation springs the space for her to ask me questions that de-stabilize my thinking and set my mind a-whirring. Two of my dissertation fieldsites were churches, which for me were spaces unfamiliar, having never participated in religion. Sara could tell I was lost in this data collection and she asked me, "What it is that makes you feel like a stranger?" Sara preempts the questions I don’t yet realize I need to ask, and she then sticks around to listen and to muddle through. Sara lights the fire of learning and kindles it with care, anticipating, and believing in, a glow that will come, and that can be shared.

As a teacher, Sara leads with love. She never forgets a detail, and she zeroes in on the central preoccupations of what makes her students tick. Working as a team is not the way Sara does her work, but she does not ask me why it is the way I do mine. She asks me often about how I work in teams. But she knows why, from listening deeply. She knows that being part of a team, for me, is about the large family dinner table that centers my sense of belonging and the hockey games I was raised on.

Together, we are daughters, sisters, mothers, teachers, we love to swim in the cool waters of a lake and to eat lunch together in places where we accept the trade-off of delicious seafood gumbo for less-than-stellar enchiladas to be in a place where we can be our private and not our public selves. And because of this deep commitment to knowing her students, to finding togetherness, Sara can also deliver the cherished challenge. When I explained to her that I would take longer to complete my dissertation because what I wanted to do all day was plant carrots and build towers with our then-toddler daughter, Khaya, she wrote to me with characteristic empathy, and with a very clear bottom line. She wrote, “I'm sure you feel, as I do, that it is time to move on.” I read clearly: "Yes, I am a mother too, and I understand, but I am also your teacher, and it’s time to wrap this thing up."

It may have taken me some years, but Sara has taught me the answer to her question about what it is that makes me feel like a stranger. I have learned by watching her. I have watched Sara not feeling like a stranger because she does not see strangers, she does not hold herself as a stranger, and she never teaches strangers. Through her questions and her listening, she transforms those relationships. I get to learn from Sara not only as her student but through my students for whom she is also a teacher. I see them be seen by Sara, for who they are, for what they do, for what they love, for what they believe in, and for the cherished challenge they seek, often unknowingly – and I see my students, who are also Sara’s students, hold that gift. It is also the one I hold. We can breathe it in, soak it up: “The Essence of Sara,” the essence of feeling seen, understood, and loved by a teacher.

1972: Joined the Harvard Graduate School of Education as a member of the faculty

1983–1984: Fellow at Center for Advanced Study in the Behavioral Sciences, Stanford University

1993: Awarded Harvard's George Ledlie Prize given for research that makes the "most valuable contribution to science" and "the benefit of mankind"

1998: Named the Emily Hargroves Fisher Endowed Chair at Harvard University, which upon her retirement, will become the Sara Lawrence-Lightfoot Endowed Chair, making her the first African-American woman in Harvard’s history to have an endowed professorship named in her honor

2002: Appointed Chair of the MacArthur Foundation’s Board of Directors

2008–present: Margaret Mead Fellow at the American Academy of Political and Social Sciences

2013: Elected to the American Academy of Arts and Sciences

2017: Given the Living Legends Award from Boston’s Museum of African-American History

Growing Each Other Up: When Our Children Become Our Teachers (2016)

The Essential Conversation: What Parents and Teachers Can Learn From Each Other (2003)

The Art and Science of Portraiture (1997)

The Good High School: Portraits of Character and Culture (1983)

Murnane and Lawrence-Lightfoot Elected to AAAS