A Path to Student Advocacy

How a call to action changed master's candidate Jordan Harrison’s career path to a life of social justice through education.
By Sagra Alvarado
April 19, 2018 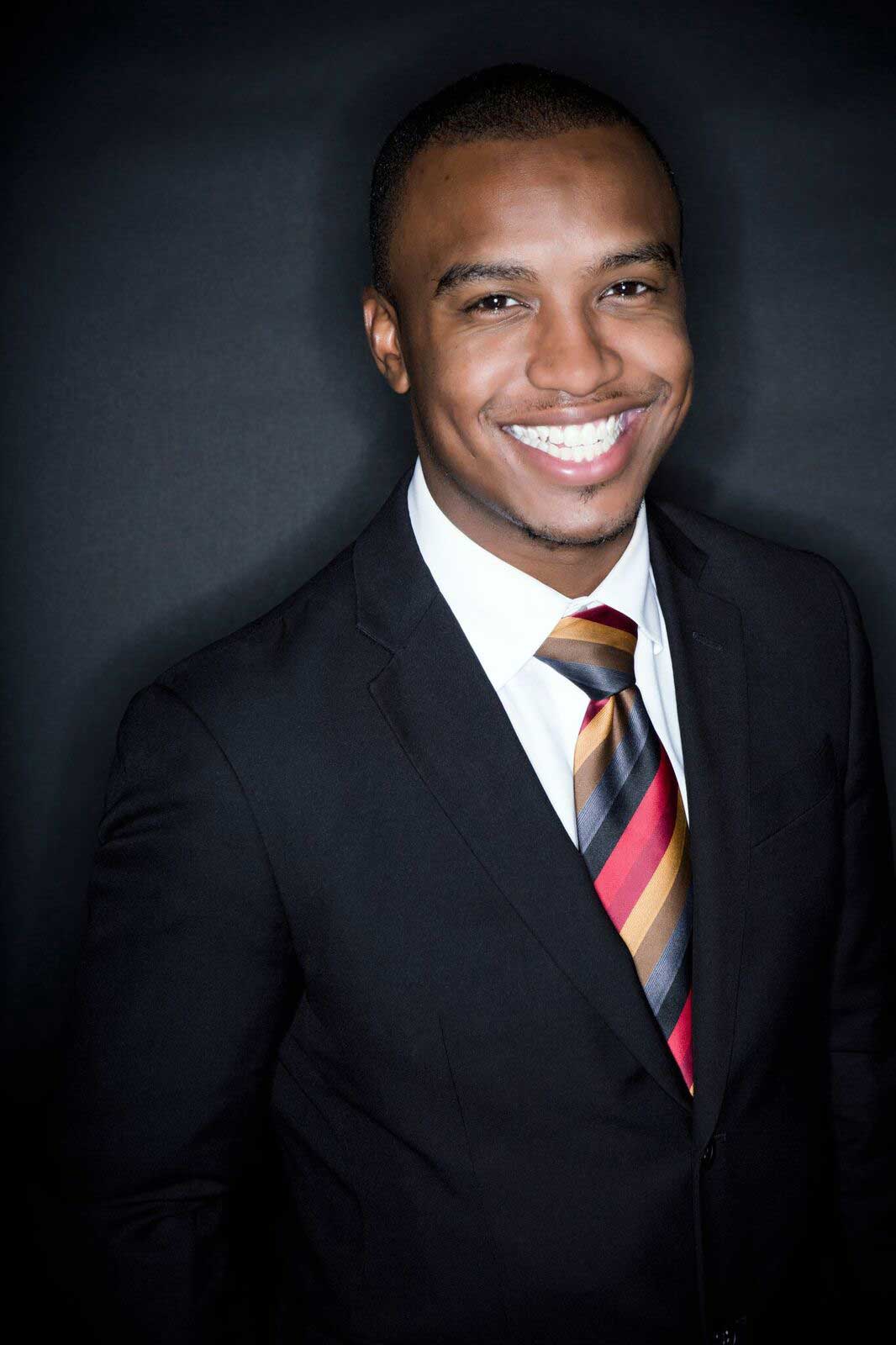 Upon graduating with his bachelor’s in business marketing from San Diego State University, master's candidate Jordan Harrison’s career path seemed clear, as he fielded numerous job offers from top companies like Amazon and HP. But then he was given a challenge from Christopher Yanov, the CEO of Reality Changers, a nonprofit designed to help improve college access and readiness for youth from disadvantaged backgrounds. Yanov asked Harrison, who was speaking at the nonprofit, to consider how much impact he could have working directly with students, even though the salary he could offer wouldn’t be nearly as much as at the other businesses eager to hire him.

Yanov’s words reached Harrison, “at the heart,” he says, and subsequently led to a shift in his career from marketing to student advocacy for underserved students. As “chief inspiration officer” at Reality Changers, Harrison designed and taught curriculum around building community, consciousness, and agency to students between grades 8 and 11. It was inspiring, he says, to see the students, with the help of the organization, “break barriers and stereotypes collectively, and to change the narrative of what our community sees as possible.”

With over 1,300 graduates, Reality Changers offers a variety of college access programs to help low-income and first-generation students prepare for higher education. Harrison stayed on for four years and was eventually promoted to director of College Town at Reality Changers, managing all eighth-to-11th-grade programming. In this program, students who earned a grade point average of 3.5 or higher received a $4,000 scholarship for a three-week residential college course at UC–San Diego while still in high school. A valuable experience because, as Harrison explains, “students were able to conceptualize college and … start to develop a college-going identity.” From the program, 98 percent of students have gone on to post-secondary education and, since 2001, Reality Changers students have earned over $120 million dollars in scholarships with 29 students going on to become Gates Millennium Scholars.

Harrison could see, though, that his students would benefit if he expanded his own foundation in education. He was especially interested in learning how to better support his trauma-affected students, many of whom were first-generation or undocumented and were not receiving services from the state. A colleague — an HGSE alumna — told him about the Ed School. Now an Ed.M. candidate in the Prevention Science and Practice (PSP) Program, Harrison is learning more about how to help students work through personal struggle, trauma, and societal challenges, as well as gaining insight into social-emotional learning.

Harrison is grateful for the strategies and knowledge he’s gained in PSP, especially those concerned with adolescent development. “By understanding adolescent development better … I could build programs around an understanding of where [students are] in their space,” he says. “It’s important to figure out the actual mechanisms that facilitate change and back it up with research, in order to really have measurable and actual change within students.”

Also concerned with the idea of justice in education systems, Harrison is researching African American males in his home state of California where, he explains, they are 3.3 times more likely than all other students to be suspended from school. This kind of advocacy is important, says Harrison, “because if students aren’t in classrooms and the classrooms aren’t effective for all students, the likelihood of them interacting with the criminal justice system increases [and] it brings the preschool-to-prison pipeline to life.”

After graduation, Harrison plans to continue his work in student equity and hopes to continue to help increase college access for minority students. “I want to focus on college access and building students’ identity,” he says. ”I want to work at two levels: I love building students’ capacity and I also want to work at more of a systems level. The question is, how do we simultaneously impact students and systems so that they both exist in places where everyone can thrive?”

How to Work With Young People Who Want to Make Change

Suggestions for educators to better work with student as they identify problems in their communities. One mom’s story about advocating for her daughter.