Stanford professor Carol Dweck discusses her seminal research on mindset and how, by incorporating growth mindset, schools and organizations can create a curriculum of change.
By Matt Weber
March 15, 2018 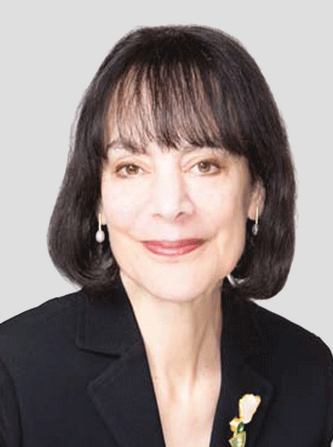 Over the course of her career, Stanford psychologist Carol Dweck has been fascinated by how some children accept their failures and others feel defeated by them. It became clear to her and her research partners that the difference was in the mindset. If a child understood that they had the capacity to learn and do better next time (growth mindset), then they were able to move on from the failure. If a child felt that they had performed to the best of their ability and could learn no more (fixed mindset) — and still did not do well — then the failure dragged them down. Dweck's research, which has continually shown that children with a growth mindset fare better academically than those with a fixed mindset, has been widely adopted, with teachers working these ideas into their classrooms. But Dweck — recently awarded the Yidan Prize for Education — would like to go a step further.

“Can we create cultures, schools, organizations that embody a growth mindset where every member of that school or organization believes they can develop their abilities?” asks Dweck.

She plans on building her ideas into a curriculum that she hopes will clear up some of the misinterpretations and misunderstandings that she calls "false growth mindset." One of the most important things, says Dweck, is that teachers convey to their students that they are not judging intellect, but are 100 percent devoted to their learning. Also, teachers must keep an open mind about all of their students.

“Everyone can grow and develop," says Dweck, "and you don’t know what they are capable of ahead of time.”

In this edition of the Harvard EdCast, Dweck discusses her seminal research on mindset and how, by incorporating growth mindset, schools and organizations can create a curriculum of change.