Reshma Saujani, founder and CEO of Girls Who Code, reflects on why closing the gender gap in technology is crucial.
By Matt Weber
September 20, 2017 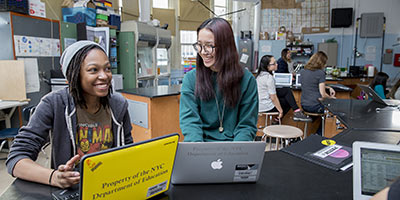 In the 1980s, says Girls Who Code Founder and CEO Reshma Saujani, more than 40 percent of computer science graduates were women, but today that number has decreased to about 18 percent. What caused this tremendous decline? Saujani has a theory: While the image of the "brogrammer" — young men in hoodies in front of computer screens — was hard to miss in pop culture, there was rarely a woman to be seen.

“[Little girls] looked at this image and they didn’t see themselves in it, and they started opting out,” says Saujani.

To counter this, she founded Girls Who Code with a single mission: to close the gender gap in technology. But it's not simply about learning new skills. With summer immersion programs and afterschool clubs in schools and homeless shelters across the United States, Saujani says that Girls Who Code is “really showing [young girls] and opening their eyes to how technology can help them be problem solvers and change agents” that will help make the world a better place.

In Cambridge last spring to give the convocation address at HGSE, Saujani speaks about Girls Who Code's mission and why it is so important to the world. How what we know about summer learning loss can guide educators, districts, and parents during current school closures. Harvard EdCast: College Students in the Age of Surveillance

Project Information Literacy's Alison Head on how algorithms shape the way information is tracked online, and how it affects teaching and learning.