The Secretary of Education outlined her vision for school choice and family empowerment
By Casey Bayer
September 29, 2017

At the John F. Kennedy Jr. Forum on Thursday evening, Secretary of Education Betsy DeVos outlined her vision for the future of school choice and for how federal policy could, in her view, empower parents to create the best opportunities for their individual children.

“A Conversation on Empowering Parents” was hosted by the Harvard Kennedy School’s Institute of Politics and included a Q&A with HKS professor Paul Peterson and opening remarks from Academic Dean Archon Fung.

We asked HGSE faculty who attended the event or watched via livestream to share their reactions and perspective.

What is your take on the case for school choice in our country, as outlined by Secretary DeVos? 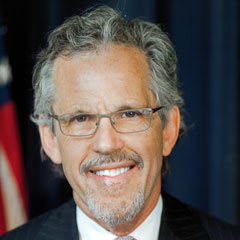 Paul Reville: Paul Reville is the Francis Keppel Professor of Practice of Educational Policy and Administration, and former Secretary of Education for the Commonwealth of Massachusetts under Governor Deval Patrick. He also leads the Education Redesign Lab at HGSE.

Secretary DeVos delivered a rhetorically strong, persuasive, and gracious case for choice as an individual right needed to pursue a private good, the education of one's children. The audience was largely civil in listening to her remarks and she was poised, clear, and courageous in responding to their questions.

But when it came to the substance of her remarks and answers, DeVos displayed no interest in any public, civic value for education. She offered little or no evidence in support of her belief in choice as a panacea. She nimbly ducked any substantive commentary on the federal role in a "state's rights" era, the kinds of choice in which she believes and the impact of poverty on education.

DeVos argued vigorously for reserving policy making on education to the states and the need to empower parents. She claimed to have no view on which kinds of choice or choice policies were preferable nor did she offer any opinion on which kinds of enabling conditions should be present for a fair and effective choice program.

She made the naive assertion that "all schools embrace doing right by their students" when evidence to the contrary is pervasive in all kinds of schools. Ironically, this "just trust us" plea is reminiscent of pleas made by her arch opponents, the teachers' unions, when dismissing the need for accountability.

Finally, the goals of education, the ends of the process were not discussed. The means of education, choice, was all she wanted to discuss. Her highest value was parental satisfaction. DeVos ignores research that parents choose schools for a variety of reasons, most often not on the basis of educational performance. She ignores large bodies of international research showing that choice, generally, has not contributed to improved student learning.

Absent in this conversation was any mention of what DeVos’ vision and approach toward school choice means for students with disabilities. What considerations are not being addressed as part of a larger discussion on how school choice works for these families? Laura Schifter: Laura Schifter is a lecturer on education at HGSE and a research consultant working with states and advocacy organizations to analyze data on the identification, placement, and performance of students with disabilities.

Secretary DeVos' statements about providing "all parents" with school choice may sound appealing, but without providing details on how this should be implemented there is no guarantee that all means all.

For all parents to have real choice, DeVos needs to describe how choice proposals will ensure parents of students with disabilities will have the same choices as other parents. To do this, policy proposals need to ensure that participating schools guarantee students with disabilities the services and supports they need to access and excel in the general education curriculum.

Given the results and impact that choice and charter situations can and have had, does the policy of dollars following students work? 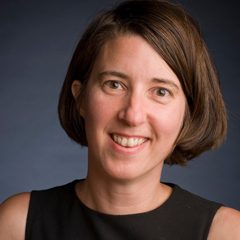 Heather Hill: Heather Hill is the Jerome T. Murphy Professor in Education and Her primary work focuses on teacher and teaching quality, and the effects of policies aimed at improving both.

DeVos and Paul Peterson, the HKS moderator who himself possess a long track record of advocating for charter and choice, noted a recent study in favor of school tax credits, one method for allowing dollars to follow students. However, the wider evidence on this point is much more mixed.

Many national studies have shown that charter schools do little, on average, to improve student test scores. For urban charter schools, the evidence is a bit more promising; many no-excuses charters show positive impacts on student test scores. Yet even these no-excuses schools do not appear to improve the longest-term outcomes we can measure, like retention in post-secondary education.

Many also note that charter schools come with a steep price tag attached. There have been complaints of malfeasance among many charter operators, some of whom operate for profit – for example, in Detroit charter schools. Others are concerned that only the relatively more economically and academically advantaged students enroll in charters, leaving public schools with more concentrated poverty and students who tend to have more learning difficulties. And some worry that the no-excuses charters that return better test scores do so by depriving students of agency and individuality. So, in sum, the evidence is a much more complicated than DeVos and Peterson portrayed it.

Early in DeVos’ remarks, she quoted President John F. Kennedy Jr.: “Every time we try to lift a problem from our own shoulders and shift that problem to the hands of the government, we are sacrificing the liberties of our people.” How does this apply to the issue of school choice?

Tom Kane: Tom Kane is the Walter H. Gale Professor of Education and Economics and faculty director of the Center for Education Policy Research, a university-wide research center that works with school districts and state agencies.

Whenever government takes a parent’s choice away, that’s a use of force, especially when the parent cannot pay private school tuition. Betsy DeVos urged us all to ask, under what circumstances would such force be justified? (It’s regrettable that the student protesters did not hear her challenge, because it might have caused them to pause and think.) In her speech, Secretary DeVos argued that it is never just to restrict parents’ choices, especially low-income parents with few options and whose children face the most dire consequences if they do not succeed in school. Just because it is far from the way our schools are organized today does not make hers an extreme position! On the contrary, it seems downright progressive.

Others would argue that the entire community benefits when children are educated together. There’s truth in that position too. One need only witness the current balkanization of American society to wish for a single option that would suit all children.

Personally, I land somewhere in the middle. I can think of circumstances where it would be justified to limit options, at least those for which public dollars could be used. Some parents will choose schools based on their own interests—to separate themselves religiously or ethnically or socially. At the same time, I cannot in good conscience prevent parents (especially those without means) from choosing a school with a strong track record of student achievement gains (as was the case in the charter cap referendum in Massachusetts last year). Our research with MIT using admission lotteries confirmed that the Boston area charters are generating large increases in student achievement. As someone who is concerned about rising inequality, I’m willing to restrict parental choice only when there’s evidence that parents are being hoodwinked or when the option they have chosen has a poor track record of fostering student achievement.

Admittedly, student achievement gains are a limited measure of what a parent might be seeking in a school. A parent might think their child would benefit in other (harder to measure) ways by opting out of the local public school. However, student achievement is an imperfect proxy for general social benefits of schooling, which could be independent of the private gains of religious education or group identity.

So my compromise position would be to acknowledge parents’ right to choose their children’s schools (which, for low income parents, effectively means allowing them to take public dollars with them), while at the same time being vigorous in shutting off public dollars to schools (whether they be district, private or charter schools) that are failing to prepare students to succeed on measurable academic outcomes.

DeVos commented that education is ripe for creative, risk-taking, entrepreneurial people, and we need for those people to take hold, solve problems, and meet the needs of students. Are educators not already doing that?

This isn’t actually the case; there’s no evidence, for instance, that charter schools use particularly innovative methods, and certainly the “no excuses” charter schools are often criticized for not meeting students’ emotional and affective needs.