The Diversity of Play

How does play affect the cognitive development of children around the world? Doctoral candidate Lynneth Solis is looking to find out.
By Andrew Bauld
August 7, 2017 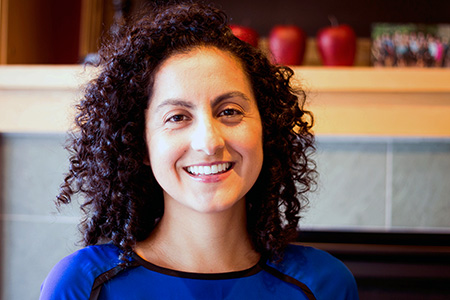 Play is an integral part of a child’s development according to traditional research mostly conducted in Western societies, but what role does play serve and what does it look like for children in indigenous communities? Ed.D. candidate Lynneth Solis, Ed.M.’10, is determined to better answer that question.

Solis’ research focuses on children’s cognitive development, specifically how young children play with each other and with objects to understand and build theories about the world around them, and how this is shaped by their cultural context.

After completing her master's in the Mind, Brain, and Education Program in 2010, Solis spent the following year as a research assistant with Project Zero working alongside Principal Research Scientist in Education Tina Grotzer, looking at children’s understanding of complex causal patterns in science. It was through her work at PZ that Solis expanded her own research into children’s cognitive development and how they use objects to understand complex scientific phenomena such as friction, balance, and other physical concepts. This in turn led her to include looking at play in crosscultural settings.

In 2015, Solis — the recipient of a Frederick Sheldon Traveling Fellowship through the Committee on General Scholarships at Harvard — spent a year working with and observing children in the Sierra Nevada de Santa Marta in Colombia. (The Kogi settlement in which she worked is pictured below.) What she found, contrary to prior research, was that indigenous children were engaged in complex forms of play that hadn’t been documented before.

“In the past, researchers reported that indigenous children didn’t play in complex ways, but I found them pretending and involved in object play and construction similar to the way children in the West play,” Solis says. “But I also found ways children in these communities would spend time together socializing, enjoying each other’s company without outwardly appearing very playful at first glance, but involved in unstructured and positive experiences that we could call play.”

After interviewing parents, Solis discovered even more variation from the narrative older research told. While some parents felt play was not part of their culture, others believed play helped prepare children for the future inside and outside their community.

“They saw play as a way for children to feel more confident speaking, expressing themselves, and interacting with adults and other children within and outside their culture,” says Solis “They also expressed that they believed play could help their children to explore their environment, learn, and develop creativity.”

Grotzer says that Solis’ important ethnographic work is helping the field of children’s cognitive development better understand the diversity of play and its role in cultures outside the West, and understanding what parents and community members believe about play is crucial for designing educational interventions. “Lynneth is able to set aside her own cultural assumptions to really ‘see’ what is going on and to interpret it through the eyes of the cultures that she is studying,” Grotzer says. “The stories of her work convey the extraordinary ability that Lynneth has to ‘become one’ with the children such that they have included her in their hidden worlds and have given us a rare window into their childhoods.”

It was critical to her research in Colombia, Solis says, to be trusted by children so that they would invite her into their play spaces. “When they said let's go to the river to swim, I went to the river, and when they went on crab hunts at the beach at night, I ran along the ocean with them,” she says. “This meant refraining from acting like an authority figure, so I became a curious companion who happened to always be writing notes and documenting their activities.”

Solis has also been working closely with the Lego Foundation, in partnership with the Center on the Developing Child at Harvard University, to better understand the science of play to support learning, which she says is an important next step for the field.

“There’s a call for systematic research on play,” Solis says. “Up to this point there’s been a lot of correlational research, but now methodological advances get us closer to understanding the developmental mechanisms involved in play from a biological and neurological perspective. I feel like I’m on the beginning journey of that and it feels exciting.”

Solis’ work has not gone unrecognized. During her time at HGSE as a master's candidate she was named an Intellectual Contribution Award winner, and last year she was a Julius B. Richmond fellow at the Center on the Developing Child and AERA Minority Dissertation Fellow. While she is set to graduate next year, Solis plans on continuing her research to expand understanding of child development.