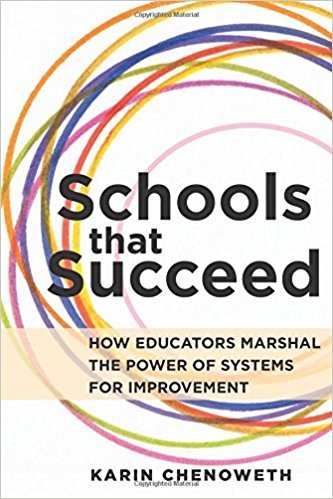 When author Karin Chenoweth began to investigate what goes in to making a school successful, she looked at a rather unexpected place: schools in low-income communties that, despite their lack of resources and supports, were showing impressive levels of student achievement. How these schools are succeeding is important to note, says Chenoweth, and writing them off as outliers, as many in education have done, seems to her a peculiar way of thinking.

In her new Harvard Education Press title, Schools that Succeed, Chenoweth takes a look at those "outliers," telling the stories of several high-performing schools in low-income areas. What she finds is that all of these schools have a common trait: student-focused leaders willing try new strategies to help their children achieve.

In this edition of the Harvard EdCast, Chenoweth, writer-in-residence at The Education Trust, discusses her book and the ways in which educators can break down the link between academic achievement and socioeconomic status.