What Does Free College Really Mean?

Free college programs that cover students’ tuition are a step toward addressing issues of the cost of higher education, but leave questions of quality unanswered.
By Casey Bayer
January 17, 2017 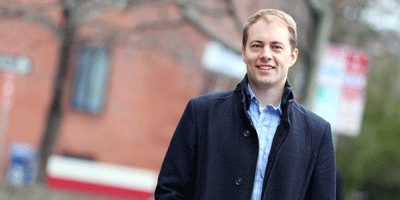 New York Governor Andrew Cuomo recently announced a plan, the Excelsior Scholarship, to cover state tuition costs for middle- and low-income students across the state. The proposal, which would cover families making up to $125,000 per year, also includes two-year community colleges. While heralded as an initiative that would put New York at the forefront of this issue — and in the small mix of other states with similar programs — questions, and some criticism, have arisen in the days following the announcement. We asked Professor David Deming, with expertise on the economics of education, to weigh in on New York’s proposal, and the concept of free college in general.

Free college sounds great as an idea, but how do states actually finance it?

Most states propose to fund free college plans as “last-dollar” scholarships. This means that the state commits to covering unmet financial aid after all other eligible funds — such as the federal Pell grant — are exhausted. Additionally, most plans cover tuition and fees but not additional expenses such as room and board or textbooks.

This “last-dollar” approach helps keeps program costs low, but it is only possible because of the generosity of existing financial aid programs.

Why is free college appealing from a state’s perspective?

College is expensive, and the process of applying for and receiving financial is complicated and stressful. Many families do not realize that they will likely pay only a fraction of the sticker price of college. In contrast to the byzantine system of federal and state financial aid programs, free college is a very easy concept to understand.

The political appeal is obvious as well. Nearly all families want their children to attend college, yet they are deeply concerned about whether they can afford it. Policymakers who commit to providing “free college” are easing the minds of their constituents, even those who have very young children and thus are many years away from the actual expense.

What are some of the concerns around free college tuition plans?

I support the goal of free college. More than ever, a college degree is a ticket to the middle class. The question is how to get there.

One concern — raised by others such as Matt Chingos at the Urban Institute — is that most of the benefits of free college plans accrue to higher-income families. The reason goes back again to the “last dollar” design. Low-income students already receive a lot of need-based financial aid from the federal government. Many states also already have need-based aid programs. The additional value of a last dollar scholarship is relatively low for these students — they are already paying close to zero in tuition and fees. In contrast, families that make too much money to be eligible for need-based programs will see a much larger price reduction from free college. This is not a bad thing! College is a financial burden for nearly every family. But it is worth clarifying that the biggest beneficiaries of free college plans are usually middle-class families.

A second more fundamental concern is about the single-minded focus on costs. The value of a college degree depends on its price, but also on the quality of the education itself — the benefits as well as the costs. My main concern with free college plans is that focusing solely on college costs will push us toward an outcome where college is cheap but also relatively low quality. If you lower the price of college to zero, you are going to get a lot more students enrolling. Absent significant increases in state funding for higher education, the same pool of resources will then be spread across many more students. This could lead to larger classes, less guidance and mentoring, and a generally lower quality experience. It is not at all clear that lower prices and lower levels of spending will be a good thing overall for students.

It sounds like you are saying that prices don’t matter.

Not at all. Lower prices are always better from the student’s perspective! On the other hand, state higher education budgets are under enormous pressure. My concern is that states will pay for “free college” by cutting the subsidies that they currently send directly to the public colleges in the state. This raises the question: Is it better to subsidize education on the supply side (by funding public institutions out of tax revenues) or on the demand side (by giving financial aid to students directly)?

Let me make this very specific. Every public college in the U.S. currently spends more on a student’s education than they charge in tuition. For example, a public university might charge $10,000 per year in tuition and fees but actually spend $20,000 per student. The difference comes mostly from subsidies — called appropriations — coming directly from state taxpayers through the legislature. Suppose an extra $1,000 per student suddenly becomes available. The university has two choices. First, they can pass that $1,000 on to the student as a price reduction — charging $9,000 per year and still spending $20,000. Alternatively, they can keep the price at $10,000 but now spend $21,000 per student, with the extra money going to things like smaller classes, more student advising and mentoring, or perhaps climbing walls and nap pods.

Which choice will do more to help a student complete their college degree? Free college — and most of the existing federal financial aid system — assumes that price reduction is most important. But a growing body of work — including a recent paper I’ve written with Chris Walters — suggests that spending may be a more important factor for degree attainment.

We see this is a recent study of the Adams scholarship in Massachusetts. The Adams scholarship provided four years of tuition and fees in a Massachusetts public college or university to students who met a minimum MCAS score standard. The study found that these students took up the offer of “free college,” opting to attend a Massachusetts public institution instead of a private college. Strikingly, the authors found that students who took up the Adams scholarship were less likely to graduate from college. They show persuasively that this is due to differences in college quality. The private colleges had higher levels of per-student spending and higher graduation rates, but students were lured to lower quality public institutions by the offer of “free college.”

I am not saying that “free college” plans will lower graduation rates. In particular, there are many more high-quality private institutions in Massachusetts than elsewhere in the U.S. But this study underscores the perils of a singular focus on lowering costs. College quality matters, and public policy ought to focus equally on improving and maintaining quality so that more students can ultimately earn a degree and go on to succeed in the labor market and in life.