The Cycle Screens at HGSE 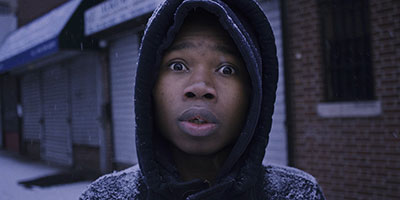 On Thursday evening, November 17, the Harvard Office of Student Affairs will host a screening of the film The Cycle in Askwith Hall. Released in September 2016, The Cycle is a powerful short film presenting the intricate problem of fear and violence in our communities, primarily the relationship between police officers and the communities they serve. Its creators hope the film, which wrapped up production the day before the shooting of Michael Brown in Ferguson, Missouri, will spark a conversation around what it takes to break the cycle of fear that grips so many communities.

Including the director and producers of the film, the post-film panel discussion will feature current HGSE doctoral candidate Clint Smith, a graduate of New Orleans public schools whose poems and essays on race, justice, and education have appeared in The New Yorker, The American Poetry Review, and The Guardian. Sway Calloway, renowned music journalist, radio show host, and executive producer of The Cycle, will also be on the panel.