With Camp Akeela, Eric Sasson, Ed.M.'98, has created a valuable summer experience for the "quirky" kids.
By Caitlin Walsh
August 20, 2015 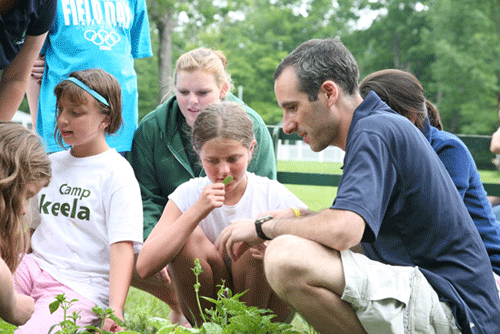 When most people think of summer camp, says Eric Sasson, Ed.M.’98, they think about the things that kids do: swim, hike, play, sing. But what they learn is equally important, he says — especially when the campers are kids who have been diagnosed with Asperger’s or autism, or if they need extra help in making and maintaining friendships.

That’s the focus at Camp Akeela, which Sasson founded in 2007 in Thetford, Vermont, with his wife, Debbie, a former school counselor. The camp is designed for kids who are, as they put it, “quirky.” Many of Camp Akeela’s campers have very high IQs, excel in academics, and would most likely go on to be stars at top universities and in their careers, if they could improve their social navigation skills.

“What they learn at camp is resilience, teamwork, independence, self-advocacy, creativity, flexibility, responsibility, social grace, and so much more,” says Sasson — the types of skills his campers most need help to develop.

Building Camp Akeela from scratch meant that the Sassons were able to specifically plan every aspect of the camp according to the needs and interests of their targeted camp population in mind. The result is a very traditional New England camp experience: Campers live in cabins with peers and counselors and enjoy a wide range of activities, including arts, athletics, and outdoor adventures.

“All of these activities, in conjunction with the residential life aspects of camp, support our goals of friendship, community, growth, pride, and fun,” says Sasson. “Our primary focus is on the social and emotional growth of our campers.”

Sasson’s history with summer camps is a long one, beginning well before and extending far beyond his HGSE days, starting when he was a camper himself. His experiences as a camper and a counselor are what led him to pursue education as a profession. “Camp was where I discovered my love for working with young people and my curiosity for how they learn and grow,” he says. 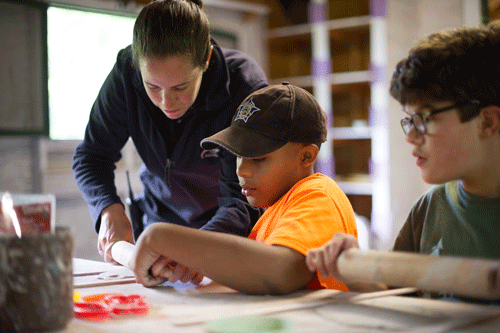 It was also in his early camp experience that Sasson began to notice those “quirky” kids who, by today’s standards, might be diagnosed on the high-functioning end of the autism spectrum.

“These kids were doing well at camp in most ways but weren't thriving socially with their peers,” Sasson says. “There were also aspects of the camp programs that they struggled with, like middle-of-the-night color war breaks or loud singing in the dining hall. At the same time, they weren't always best served by the ‘special needs’ camps that served a wider range of needs and abilities.”

Now in its ninth summer, Camp Akeela also offers key support to parents. Many have written to Sasson thanking him for the camp experience and noting the progress their children have made, both at home and at school, in areas of participation, communication, and transitioning.

“Words cannot express the gratitude I have,” one parent wrote. “I sent Brandon to camp to grow, learn new things, and most important communicate with others. He has come home a new teen.”

Although he may not work as a teacher in the traditional sense, Sasson credits his HGSE experience with giving him a foundation for his “dream job” at Camp Akeela.

“While I loved my time on Appian Way, and my student teaching experience, HGSE pushed me to find my true calling as a camp professional,” he says. “It helped me realize that running summer camps is not a departure from the work I did at Harvard. I've never left the teaching profession; I've simply found a different type of classroom.”