Felipe Barrera-Osorio -- an assistant professor at the Ed School since 2011 -- has been promoted to associate professor.
By Caitlin Walsh
June 5, 2015 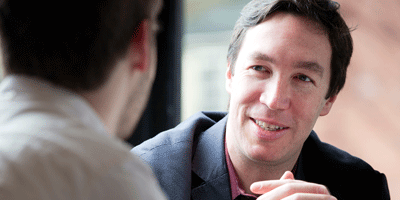 Harvard Graduate School of Education Dean James Ryan has announced that Felipe Barrera-Osorio has been promoted to associate professor.

Barrera-Osorio joined the HGSE faculty in 2011 as an assistant professor of education and economics, after moving to the United States in 2006 to work as a senior economist at the World Bank in Washington, D.C. His research has largely focused on determining how different educational incentives impact the learning outcomes of primary- and secondary school-aged children in different contexts and levels of education development. Specifically, his most current projects include interventions that provide students and families incentives to encourage students to attend and perform better in school.

“Felipe is an exceptional scholar whose work — from Cambridge to Colombia — is driven by the potential for impact,” Ryan said. “Coming to HGSE from a private think tank and the World Bank, Felipe’s unique professional background has informed his design of innovative interventions, including a conditional cash transfer program in Manizales, Colombia and a project studying incentives paid to private schools in Uganda. These interventions haven’t just shaped international education policy; they have directly improved the lives of families around the world. Here at home, Felipe has done an incredible job challenging and supporting our students, as well as building a network among ladder faculty across the university to exchange ideas and offer feedback. I am thrilled to recognize his impact on the field and our School with this promotion.”

Prior to his work at the World Bank, Barrera-Osorio served as deputy director of the Colombian think tank Fedesarrollo. He currently serves on the policy committee of the David Rockefeller Center for Latin American Studies, and is affiliated with the Weatherhead Center for International Affairs at Harvard. Having helped create LACEA’s Impact Evaluation Network (IEN), an initiative that aims to increase knowledge about impact evaluation of different policies, he has been a member of their executive board since 2007. In 2008, he was awarded the Juan Luis Londoño Medal for research in education, which is awarded every other year to a Colombian economist under the age of 40.

“My journey during the last four years at HGSE has been both exhilarating and demanding,” Barrera-Osorio said. “The richness in perspectives, trajectories, and ideas of the faculty is contagious. The students, with their dreams and vitality, have been pushing me every day to search for academic excellence. I am looking forward to the challenges of the next years.”

West is among seven new members to the board overseeing The Nation's Report Card. West, an expert on education policy, will hold the rotating chair for the next two years.