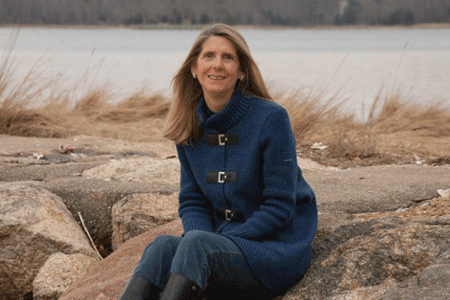 In the past year, Every Turtle Counts, a children’s book focused on a young girl with autism and her drive to rescue sea turtles has been celebrated both by science educators and autism activists like Temple Grandin. Author Sara Hoagland Hunter, Ed.M.’86, has earned the National Science Teacher Association Outstanding Science Book Award and been featured on NPR speaking about how she combined the topics of autism and science seamlessly. And yet, it took almost two decades for the book to be published.

Looking back to when Hunter first showed the book to publishers in 1997, she believes editors struggled with the notion of a main character having autism. “It was so unusual at that time,” she says. “But even now having a book about a special needs character that is not solely about his or her disability is really different.” It wound up becoming the 10th book she published. “I couldn’t get it published. So, I put it aside and waited. I never gave up on the book and would periodically send it out,” she says.

The main character of Every Turtle Counts, which was finally released in 2014, one day before World Autism Awareness Day, was inspired by her niece Mimi at age 7. The book, which focuses on an autistic child’s challenges and the rescue of a rare sea turtle, also highlights a parent’s persistence and deep love.

“We need to have work out there that celebrates diversity and shows what a child on the spectrum – which covers a huge range of abilities – can bring to everyone,” Hunter says. “These children have unique gifts as well as challenges, and part of the motivation in writing this book was to bring positive attention to the parents and children who know these gifts and challenges best.” 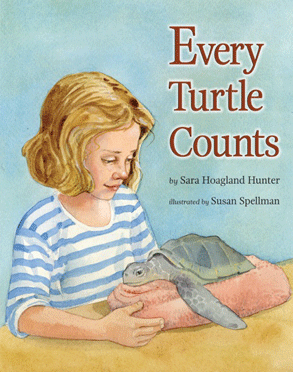 As shown in the array of children’s books she has authored, Hunter writes with more than just education and entertainment in mind, but also to inspire social activism. The former high school English teacher, who later came to HGSE to study reading and reading disabilities under Jeanne Chall, knew by second grade that her dream was to write children’s books.

“I had an incredible first grade teacher who instilled in me a love for reading,” she says. During a class field trip to children’s book writer Louise May Alcott’s home, Hunter imagined herself doing the same. But it was her work as a teacher, particularly with high school students with learning disabilities, that directed her to the Ed School first.

“There were many students I was teaching who had learning disabilities and were absolutely outstanding at public speaking and in areas other than writing,” she says. “That disparity made me want to learn more technical skills about how to address learning issues with reading and writing.”

She cites faculty like Chall and Professor Charles Willie, as role models of compassion and social action, crediting them with deeply influencing her work. “Dr. Willie was always a sought out adviser who embodied the academic, intellectual, and family values that I consider important in my writing,” she says. “What he and his family have achieved as pioneers in the area of broad and universal inclusivity, I could only hope to come close to as I break ground with new attitudes towards young people with special needs.”

Since the release of Every Turtle Counts last year, Hunter has traveled the country and met with countless children, parents, and autism organizations. She has even brought Mimi, now almost 25, along for some of the talks.

“It’s been incredibly rewarding,” she says. “There’s nothing like the tenderness, love, and joy you feel when you see parents with a tear in their eye next to a child on the spectrum smiling about the Mimi character and wanting to meet Mimi.”

As for whether there are more books about Mimi in the future, Hunter hasn’t ruled it out. She believes that children on the autism spectrum need to be celebrated for the unique ways they influence the world, and make contributions to society.

“This doesn’t happen enough,” Hunter says, noting that children on the autism spectrum grow up and need more support and appreciation in the world. “We have to keep utilizing their gifts, whether it’s the love of animals or technology. We have to find ways for them to find meaningful activities and live up to their potential. We all need to work to make sure life for someone like Mimi is not solitary, but has meaning and purpose.” On how daily meditation changes teaching and learning. YA author, nominated for a National Book Award, teaches by day, writes by morning.