A Veteran of Crisis Leadership 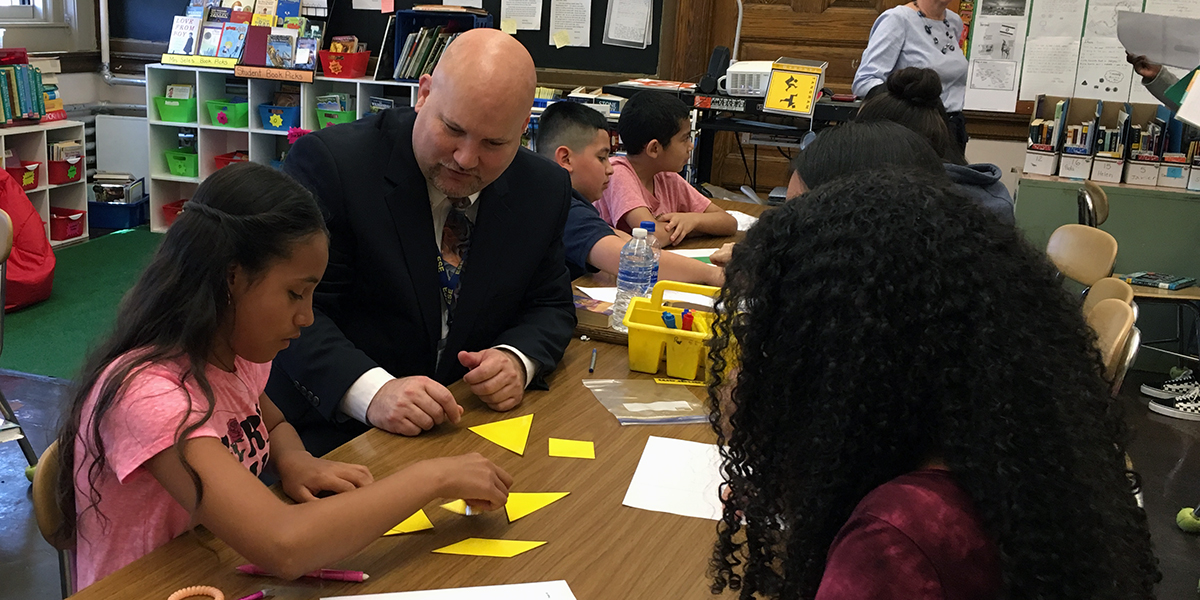 For Jeff Riley, Ed.M.’99, education is not “one size fits all.” Whether extending the school day as a BPS principal or rolling out a plan to safely reopen schools as Massachusetts’ current education commissioner, Riley has helped to tailor innovative solutions in educational crises.

Massachusetts Commissioner of Education Jeff Riley has a long track record of leadership in challenging times — and that’s serving him well these days.

When Riley took over as the principal of BPS’s Edwards Middle School, it was one of the district’s worst performing schools and on the verge of being shut down. In two years, he added 300 hours of expanded learning time and used data to inform instruction. Eighth-grade English language learners who scored proficient on the MCAS ELA went from 0 to 50 percent; 71 percent scored proficient or higher in math.

With a demonstrated track record in helping to turn schools around, Riley was appointed by the state to serve as receiver in Lawrence, Massachusetts, which had been designated as a level 5 (the most severe accountability level) district by the state and had a dropout rate of 50 percent. "We had some challenges, no doubt about that, but the extreme negativity that was happening in the city, it was over the top," he said to WGBH. "In some ways it was a rallying cry to say, 'We’re not going to take this anymore.'”

Working with the teacher’s union, Riley mandated that time spent in school should be extended — however, he allowed schools to develop their own plans on how to add the hours. Other successes, including adding arts and sports back into the school day, as well as building partnerships with charter school organizations to provide tutoring for high schoolers and to start an alternative high school for students in danger of dropping out, helped cut the dropout rate in half and increase test scores.

Named the Massachusetts state commissioner of education in 2018, Riley had worked to deepen learning, increase student support, and expand enrichment opportunities, encourage teacher innovation and diversity, and form lasting partnerships between state and local communities. However, his focus shifted abruptly earlier this year when the pandemic closed schools — first, guiding the state into remote learning, and now working toward get schools up and running safely in the fall, partnering with leaders and community stakeholders.

The work is complex and fraught with emotion, but Riley is focusing on collaboration — a hallmark of his career as an educational leader. "We recognize that maybe not everyone's going to be happy, but we think we'll do better by making sure that everyone is involved in the process," he has said. – Emily Boudreau

Listen to Jeff Riley on the Harvard EdCast discussing his time as receiver in Lawrence, Massachusetts.

Explore the Certificate in School Management and Leadership and other offerings from Professional Education at HGSE.