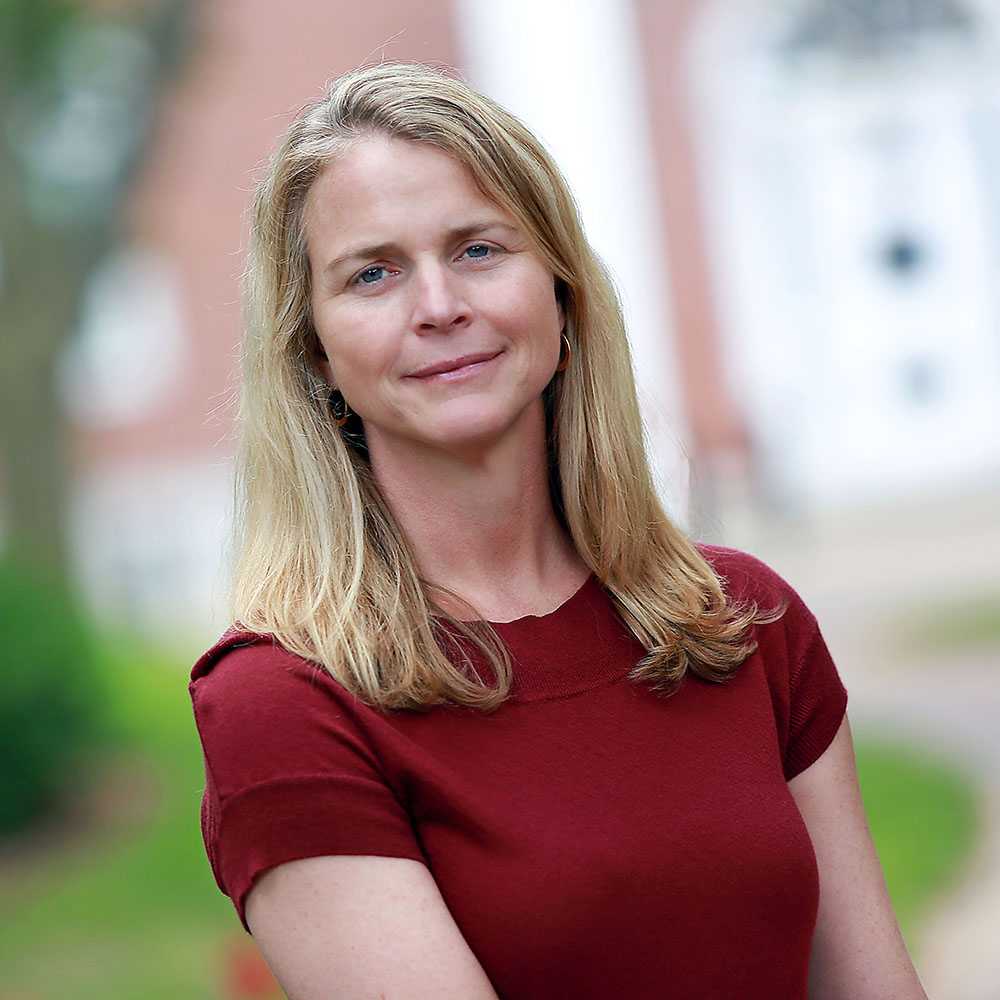 Meredith Rowe is a professor at the Harvard Graduate School of Education (HGSE). She leads a research program on understanding the role of parent and family factors in children's early language and literacy development. She is particularly interested in uncovering how variations in children's early communicative environments contribute to language development and in applying this knowledge to the development of intervention strategies for low-income families. Rowe received her doctoral degree in Human Development and Psychology from the HGSE in 2003 and then pursued postdoctoral fellowships in the Psychology and Sociology departments at the University of Chicago for several years. In 2009, she was appointed Assistant Professor in the Department of Human Development and Quantitative Methodology at the University of Maryland, and was promoted to Associate Professor in 2014 before joining the faculty at Harvard. Rowe's dissertation was supported by a grant from the American Educational Research Association (AERA). For the past 10 years, her work has been funded by grants from the Ruth L. Kirschstein National Institutes of Child Health and Human Development (NICHD) branch of the National Institutes of Health (NIH). Specifically, Rowe was the recipient of a Postdoctoral National Research Service Award (NRSA), a Pathway to Independence (K99/R00) early career Research Transition Award, and a recent Exploratory/Developmental Research Grant (R21) to fund her current intervention study. Her work is published widely in top journals in education and psychology, including Science, Child Development, Developmental Science, and Developmental Psychology.

"Meredith Rowe is an expert on language and cognitive development during early childhood, with a focus on the role that parents, socioeconomic status, culture, and experience play in development"

The ultimate goal of this project is to improve childrens kindergarten readiness skills and reduce achievement gaps by being proactive and providing parenting/child development instruction to high school students. We see this as a cost-effective way to proactively affect kindergarten readiness, and believe that the first step in this line of inquiry is to survey advanced high school students, from varied backgrounds here in the US, as to what they know about parenting. By parenting we include information that covers basics about child development, about the role of parents in childrens development, about knowledge of basic parenting practices that may be more or less helpful for childrens development, and about the challenges and benefits of parenting. We will develop our specific questionnaire by thoroughly reviewing previous literature and efforts related to teaching parenting and measuring parenting knowledge. We aim to survey students from diverse backgrounds and geographic locations in the United States. The survey results will then be analyzed and disseminated to presumably argue for the need to teach parenting at the secondary level. We will use the students responses to the questionnaire to inform our development of the curricula that we will test out in our pilot study.

Socioeconomic status (SES) is consistently strongly related to childrens early language development, particularly vocabulary development. On average, more educated and advantaged parents have children with greater vocabulary skills and faster vocabulary growth during early childhood than less educated and advantaged parents (Hart & Risley, 1995; Hoff, 2003). SES differences in childrens vocabulary are evident as early as the toddler years, widen until age 5, and then level off, resulting in a large average SES vocabulary gap in kindergarten and first grade (Farkas & Beron, 2004). These early differences have longlasting ramifications as research shows that the SES gap in second, third, and fourth grade reading and mathematics skills, can be explained by the oral language abilities children bring with them to kindergarten (Durham et. al., 2007). Further, and most important for the current proposal, the SES gap in kindergarten vocabulary can be traced all the way back to childrens early nonverbal (i.e. gesture) communication during parent-child interactions. Specifically, at age 14 months, children from higher-SES families are gesturing more than their lower-SES peers, and this gesture use is related to later vocabulary skill (Rowe & GoldinMeadow). Further, the early SES differences in child gesture can be explained by the quantity and quality of parent gesture. Thus, by 14 months of age, children are already socialized to gesture more or less during parent-child interactions and this early nonverbal communication sets them on a higher or lower trajectory in their vocabulary growth across early childhood (Rowe, Raudenbush & Goldin-Meadow, 2012). The purpose of this proposed project is to develop and pilot test a gesture training intervention program with low-income parents. The focus is on everyday communicative gestures, primarily pointing. A homebased educational intervention will be developed and implemented with parents at child age 9-months. Families will be followed longitudinally up to child age 18-months with several visits to the home to determine: 1) if it is possible to boost the quantity and quality of pointing gestures parents offer their preverbal children, 2) whether this intervention increases childrens gesture use, and 3) whether this intervention increases childrens early vocabulary development. Analyses for this pilot study will compare the intervention (n=20) group to a control group (n=20) to determine whether the intervention affects parental communicative gestures with children during structured free-play observations and whether the intervention affects child gesture or vocabulary development via parent communicative input. This work is in line with the mission of the NICHD Center for Research for Mothers and Children, will be instrumental in informing policies designed to improve the early environments of young children from low-SES families, and may potentially help prevent the SES achievement gap from substantiating.