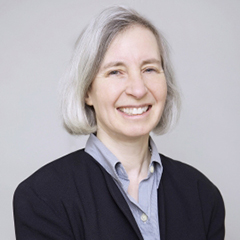 Martha Minow has taught at Harvard Law School since 1981, where her courses include civil procedure, constitutional law, fairness and privacy, family law, international criminal justice, jurisprudence, law and education, nonprofit organizations, and the public law workshop. An expert in human rights and advocacy for members of racial and religious minorities and for women, children, and persons with disabilities, she also writes and teaches about digital communications, democracy, privatization, military justice, and ethnic and religious conflict.

Besides her many scholarly articles published in journals of law, history, and philosophy, her books include Saving the News: Why The Constitution Calls for Government Action to Preserve the Freedom of Speech (2021); When Should Law Forgive? (2019); The First Global Prosecutor: Promise and Constraints (co-edited, 2015); In Brown’s Wake: Legacies of America’s Educational Landmark (2010); Government by Contract (co-edited, 2009); Just Schools: Pursuing Equality in Societies of Difference (co-edited, 2008); Breaking the Cycles of Hatred: Memory, Law and Repair (edited by Nancy Rosenblum with commentary by other authors, 2003); Partners, Not Rivals: Privatization and the Public Good (2002); Engaging Cultural Differences: The Multicultural Challenge in Liberal Democracies (co-edited 2002); Between Vengeance and Forgiveness: Facing History After Genocide and Mass Violence (1998); Not Only for Myself: Identity, Politics and Law (1997); Law Stories (co-edited 1996); Narrative, Violence and the Law: The Essays of Robert M. Cover (co-edited 1992); and Making All the Difference: Inclusion, Exclusion, and American Law (1990). She is the co-editor of two law school casebooks, Civil Procedure: Doctrine, Practice and Context (3rd. edition 2008) and Women and the Law (4th edition 2007), and a reader, Family Matters: Readings in Family Lives and the Law (1993).

Currently the co-chair of the access to justice project of the American Academy of Arts and Sciences and co-chair of the advisory board to Massachusetts Institute of Technology’s Schwartzman College of Computing, Minow has served on the Center for Strategic and International Studies Commission on Countering Violent Extremism and on the Independent International Commission Kosovo. She helped to launch Imagine Co-existence, a program of the U.N. High Commissioner for Refugees, to promote peaceful development in post-conflict societies. Her five-year partnership with the federal Department of Education and the Center for Applied Special Technology worked to increase access to the curriculum for students with disabilities and resulted in both legislative initiatives and a voluntary national standard opening access to curricular materials for individuals with disabilities.

Her honors include the Sargent Shriver Equal Justice Award (2016); the Joseph B. and Toby Gittler Prize, Brandeis University (2016); nine honorary degrees (in law, education, and humane letters) from schools in three countries; the Gold Medal for Outstanding Contribution to Public Discourse, awarded by the College Historical Society of Trinity College, Dublin, in recognition of efforts to promote discourse and intellectualism on a world stage; the Holocaust Center Award; and the Sacks-Freund Teaching Award, awarded by the Harvard Law School graduating class.

She serves on the boards of the Advantage Testing Foundation, the Campaign Legal Center, the Carnegie Corporation, the MacArthur Foundation, the Russell Sage Foundation, the SCE Foundation, and public media GBH; the Council for the American Bar Association Center for Innovation. Minow served as the inaugural chair of the Deans Steering Committee of the Association of American Law Schools and as a member of the American Bar Association Diversity and Inclusion 360 Commission. She previously chaired the board of directors for the Revson Foundation (New York) and served on the boards of the Legal Services Corporation, the bi-partisan, government-sponsored organization that provides civil legal assistance to low-income Americans; the American Bar Foundation; the CBS Corporation; the Bazelon Center for Mental Health Law; the Covenant Foundation; the Iranian Human Rights Documentation Center; and Facing History and Ourselves, where she chaired the Scholars' Board. A fellow of the American Academy of Arts & Sciences since 1992, Minow has also been a senior fellow of Harvard’s Society of Fellows, a member of Harvard University Press Board of Syndics, a senior fellow and acting director of what is now Harvard’s Safra Foundation Center on Ethics, a fellow of the American Bar Foundation and a Fellow of the American Philosophical Society. She has delivered more than 70 named or endowed lectures and keynote addresses, including the 2016 George W. Gay Lecture at Harvard Medical School’s Center for Bioethics and the 2017 Alexander Meickeljohn Lecture on media at the First Amendment at Brown University.

Minow served as Dean of Harvard Law School between 2009 and 2017 and as the inaugural Morgan and Helen Chu Dean and Professor. She co-chaired the Law School’s curricular reform committee from 2003 to 2006, an effort that led to innovation in the first-year curriculum as well as new programs of study for second- and third-year J.D. students. As dean, she strengthened public interest and clinical programs; diversity among faculty, staff, and students; interdisciplinary studies; and financial stability for the School.

After completing her undergraduate studies at the University of Michigan, Minow received a master’s degree in education from Harvard and a law degree from Yale. She clerked for Judge David Bazelon of the United States Court of Appeals for the D.C. Circuit and then for Justice Thurgood Marshall of the Supreme Court of the United States. She joined the Harvard Law faculty as an assistant professor in 1981, was promoted to professor in 1986, was named the William Henry Bloomberg Professor of Law in 2003, and became the Jeremiah Smith Jr., Professor of Law in 2005. During 2017-2018, after her service as Dean, Minow held the Carter Chair in General Jurisprudence, and in 2018, she became the 300th Anniversary University Professor at Harvard University. Her husband, Joseph W. Singer, is the Bussey Professor of Law at Harvard Law School, and their daughter, Mira Singer, is a writer and artist. Minow enjoys watching and discussing movies and keeping in touch with current and former students.

Making All the Difference: Inclusion, Exclusion, and American Law (1990)

Family Matters: Readings on Family Lives and the Law, Editor (1993)

Between Vengeance and Forgiving: Facing History After Genocide and Mass Violence (1998)

Acting Director, Harvard Center on Ethics in the Professions (2000-2001)