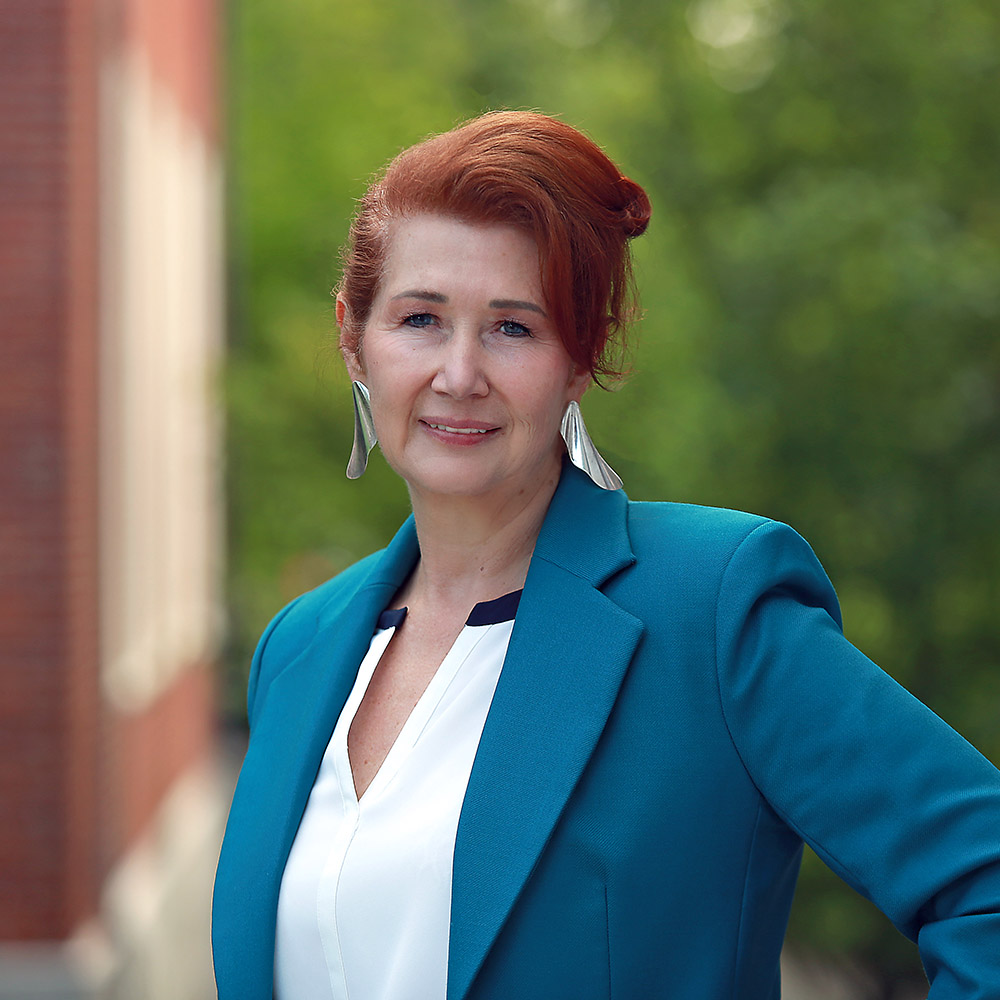 Carola Suárez-Orozco is a professor in residence at the Harvard Graduate School of Education and the director of the Immigration Initiative at Harvard.

Using mixed-methodological strategies, her work focuses on elucidating the child, adolescent, and young adult experience of immigration — how is their development shaped by immigration and how are they changed by the process? She has studied a wide variety of processes including academic engagement and achievement, identity formation, family separations, civic engagement, and the unauthorized experience. A focus on school settings has been an essential and enduring theme in her basic research agenda as schools are a first contact point between the immigrant children, their families, and the new society.

Her books include: Children of Immigration, Learning a New Land, Transitions: The Development of the Children of Immigrants, Education: Our Global Compact in a Time of Crisis, as well as Immigrant-Origin Students in Community College: Navigating Risk and Reward in Higher Education among others.

She has been awarded an American Psychological Association (APA) Presidential Citation for her contributions to the understanding of cultural psychology of immigration, has served as Chair of the APA Presidential Task Force on Immigration, and is a member of the National Academy of Education.

Inducted as a Member of the National Academy of Education,(2016)

Society for Research on Adolescence Social Policy Award for Best Edited Book for Transitions: The Development of Children of Immigrants,(2016)

Inducted into the New York Academy of Sciences,(2006)

"The Academic Engagement & Achievement of Latino Youth" (with M. Suárez-Orozco and F. Doucet) in Handbook of Research on Multicultural Education (ed. by J. Banks and C. McGee-Banks), (forthcoming).

Interdisciplinary Perspectives on the New Immigration, a seven-volume series (ed. with M. Suárez-Orozco and D. Qin-Hilliard), (2001).

"Identities Under Siege: Immigration Stress and Social Mirroring Among the Children of Immigrants," in Cultures Under Siege: Social Violence & Trauma, (2000).