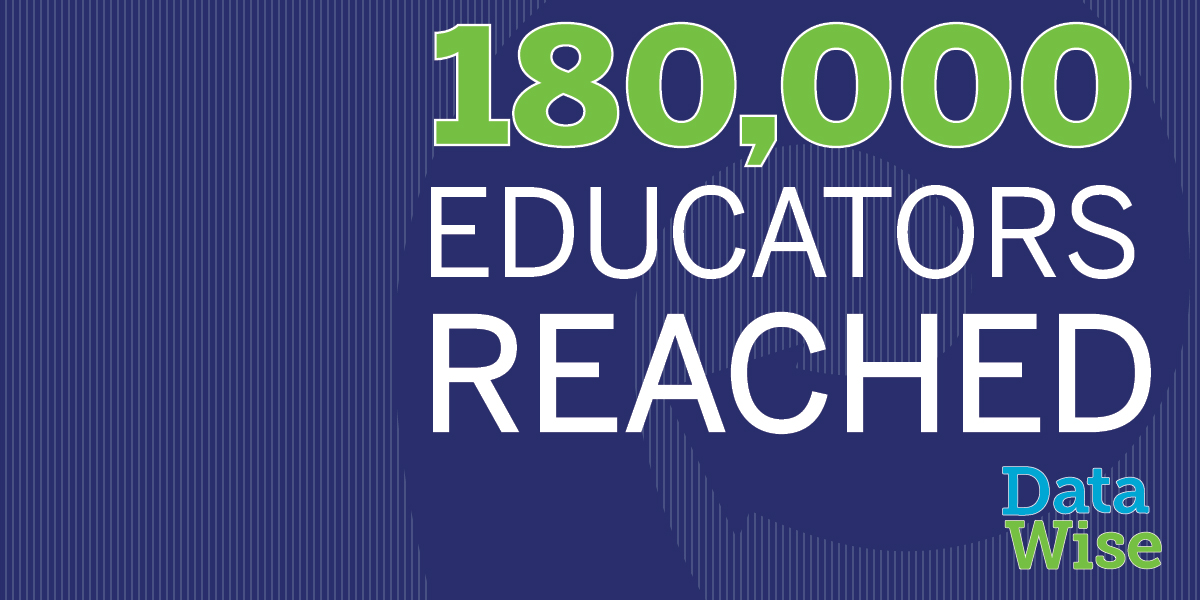 In the early 2000s, school districts found themselves with large and increasing amounts of student test data, spurred by a national emphasis on assessment. Boston Public Schools Superintendent Thomas Payzant, M.A.T.’63, C.A.S.’66, Ed.D.’68, was faced with a daunting puzzle: how to use this data to drive improvement and, ultimately, better outcomes for all children. He turned to the Harvard Graduate School of Education for solutions. Professor Richard Murnane, an economist, undertook the challenge. What resulted was a story of partnership, innovation, and impact that has sustained and grown for nearly 20 years.

How a pioneering research-practice partnership helped us see how data could reduce inequity and accelerate improvement in schools.

Murnane led a team of researchers and practitioners who developed the Data Wise Improvement Process, eight systematic steps that provide teams of educators with a path to a collective responsibility for learning, a shared understanding of effective practice, and a strong foundation for collaborative action.

The early Data Wise work included a course that brought Boston Public Schools educators and HGSE students together to provide support to activate the Data Wise process. HGSE faculty members Kathy Boudett and Elizabeth City, Ed.M.’04, Ed.D.’07, joined Murnane in the leadership of what is now the Data Wise Project. It’s mission: to support schools and systems in collaborative data inquiry leading to equitable and excellent outcomes for all children.

“To understand Data Wise, you have to understand that it arose out of researchers and practitioners coming together to find a way to ensure that the national emphasis on assessments would be used to reduce — not intensify — the inequities that were already present in the system,” says Boudett, director of the Data Wise Project.

Deirdra Aikens, senior director of teaching and learning for the Christina School District in Delaware, saw the impact of Data Wise when she was principal. “It was so eye-opening,” she says. “It named so many intangibles that we had been struggling with, and it helped us create a plan.” Her team organized around the Data Wise Improvement Process and changed the mindset and energy of their work.

The Data Wise Project has sustained the partnership with the Boston Public Schools and produced resources that have reached more than 180,000 educators, according to Boudett: four books with the Harvard Education Press, two on-campus programs (including one in which students and educators learn side-by-side), two online programs, and a coach certification program with the Professional Education team, as well as a MOOC on HarvardX. In addition, the Data Wise Project is working intensively with several school districts around the United States — and in January 2019 brought its in-person program to Australia.

Education leaders are using the Data Wise practices to engage their teams and accelerate improvement. “When we are struggling with a particular challenge, we come back to the Data Wise Improvement Process and oftentimes the instructional core, in particular,” says Erica Kolat, superintendent of McGuffey School District in Pennsylvania. “We are able to brainstorm ideas (or engage in a protocol) to develop our thinking and reflect on ways to overcome the challenge.” – Keith Collar

Get Data Wise and related resources from Harvard Education Press.