The Magazine of Ed. 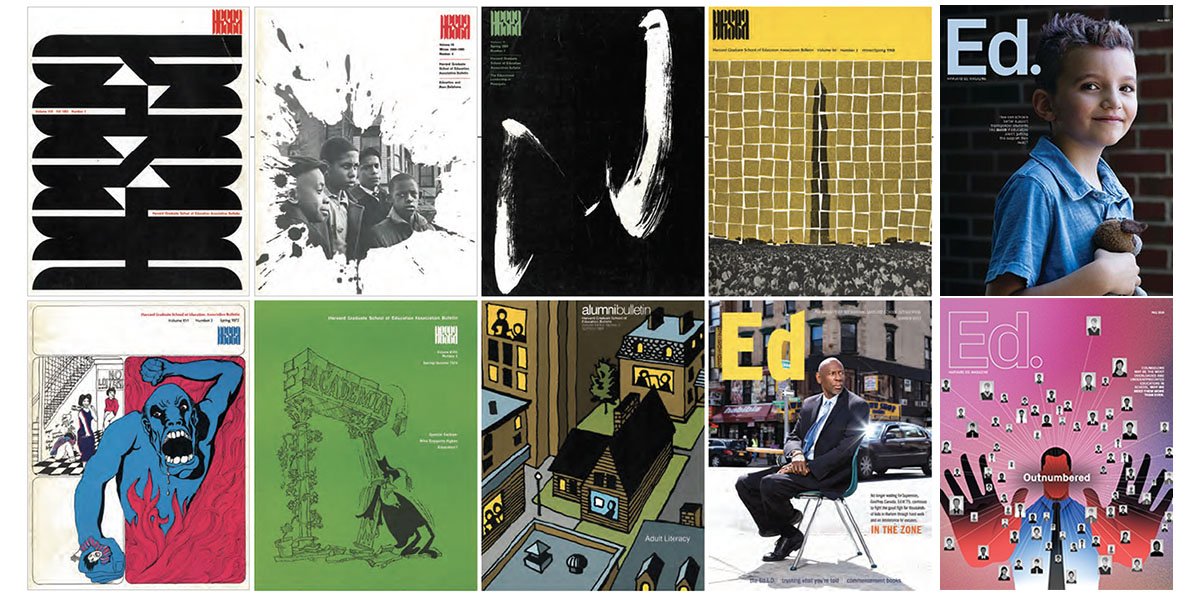 From the first issue, published in June 1956 with stories about the educational potential of TV and the school’s development since WWII, to the winter 2020 issue celebrating the school’s Centennial, Harvard Ed. magazine (called variations of the Bulletin over the years) has been keeping the community in the loop on Ed School happenings for more than six decades. A point of pride for the magazine is that it has also always looked beyond the Harvard campus, tackling education issues that are thought-provoking and controversial, from who should be running schools to diversity and integration to the pros and cons of charter schools.

For more than six decades, Harvard Ed. magazine has told the rich story of the school — and served as an invaluable guide to the field of education.

As the magazine’s first editor, John O’Neill wrote in the inaugural issue, “One may hope that the pages of the Bulletin will be used as a forum for issues on the American educational scene which press for definition, clarification, and decision. It is an editorial axiom that there is nothing like a good controversy to stimulate interest and that there is nothing safer than remaining neutral.” – Lory Hough