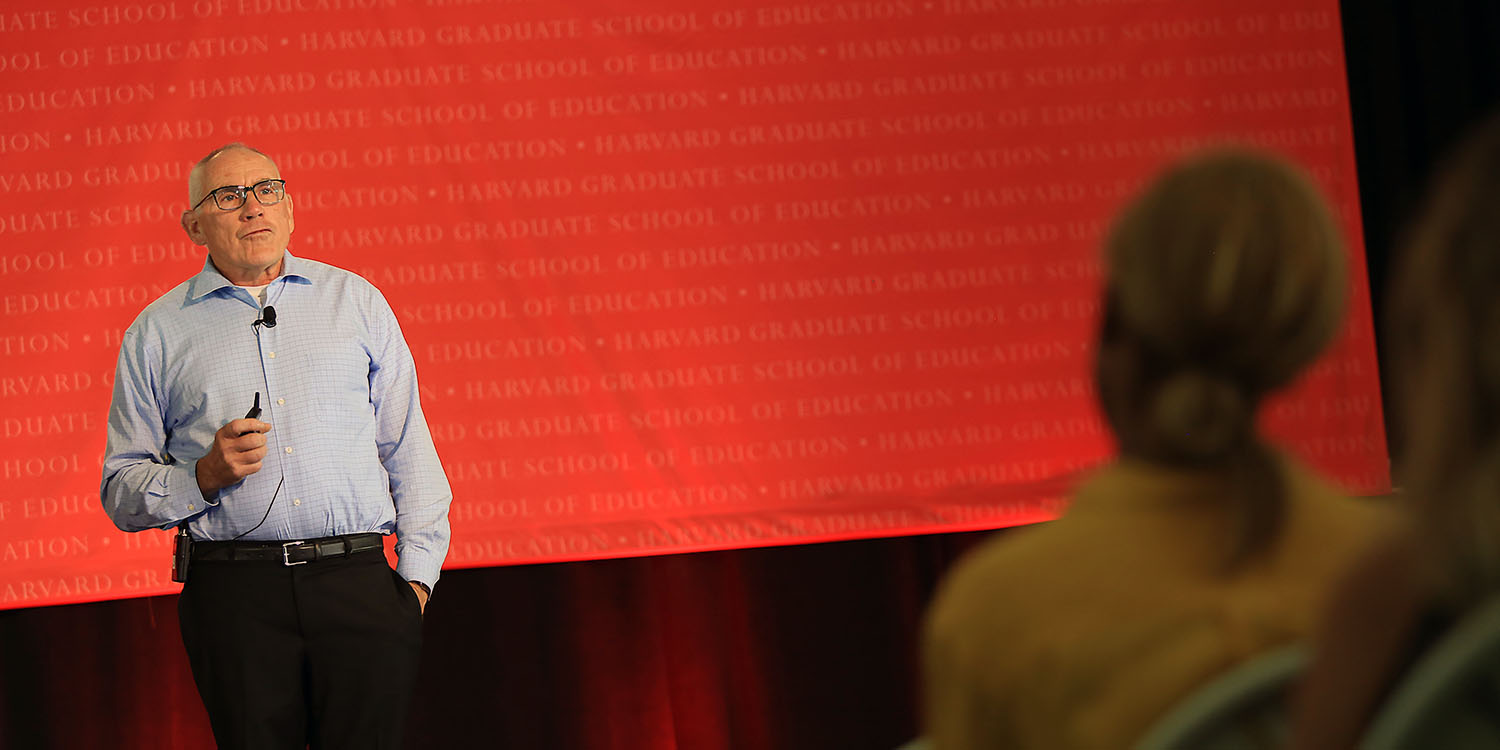 Tom Hehir presents "How Did You Get Here? Students with Disabilities and Their Journeys to Harvard" at HGSE Orientation in 2018

In 1975, when the Individuals with Disabilities Education Act (IDEA) was enacted, Tom Hehir, Ed.D.’90, was a special education teacher in Framingham, Massachusetts. Twenty-two years later, as director of the U.S. Department of Education's Office of Special Education Programs, he would lead the reauthorization of the groundbreaking federal legislation that ensures that children with disabilities are provided free public education tailored to their individual needs.

Throughout a storied career, Tom Hehir made an incalculable impact on the life of students with disabilities, their parents, and the educators who serve them.

Hehir was a tireless voice for students with disabilities, their parents, and the educators who serve them throughout his career as teacher, district leader, policymaker, and HGSE faculty member. As associate superintendent for the Chicago Public Schools in the 1990s, he implemented major changes in the special education service delivery system, which drastically improved Chicago’s levels of compliance with the IDEA and resulted in the removal of the U.S. Department of Education's Office for Civil Rights as overseer.

In 2011, at the request of the Massachusetts Department of Elementary and Secondary Education, Hehir studied and reported on special education in Massachusetts in order to better understand the "variation in identification, placement, and performance of the Commonwealth's students with disabilities." This work, outlined in the 2014 Review of Special Education in the Commonwealth of Massachusetts: A Synthesis Report, led to research into the policies of other states on the identification and placement of low-income students in special education.

“He has changed the life trajectory for my daughter and millions of children like her,” wrote inclusive education consultant and parent Melanie Perkins McLaughlin, Ed.M.'17, marking Hehir’s retirement from HGSE in 2019.

The recipient of the Martha H. Ziegler Founder's Award from the Federation for Children with Special Needs for his impact, Hehir has written extensively on special education and inclusion, including New Directions in Special Education: Eliminating Ableism in Policy and Practice and How Did You Get Here?: Students with Disabilities and Their Journeys to Harvard.

“At a place as focused on intellectual ability as Harvard,” wrote McLaughlin, “Tom has consistently reminded all of us that disability is natural, equity includes individuals with disabilities, and inclusion is more than an educational concept. It is a state of mind.” – Marin Jorgensen

Listen to the full interview with Tom Hehir on the Harvard EdCast.

Watch Tom Hehir and other HGSE faculty members present during HGSE Orientation in 2018.