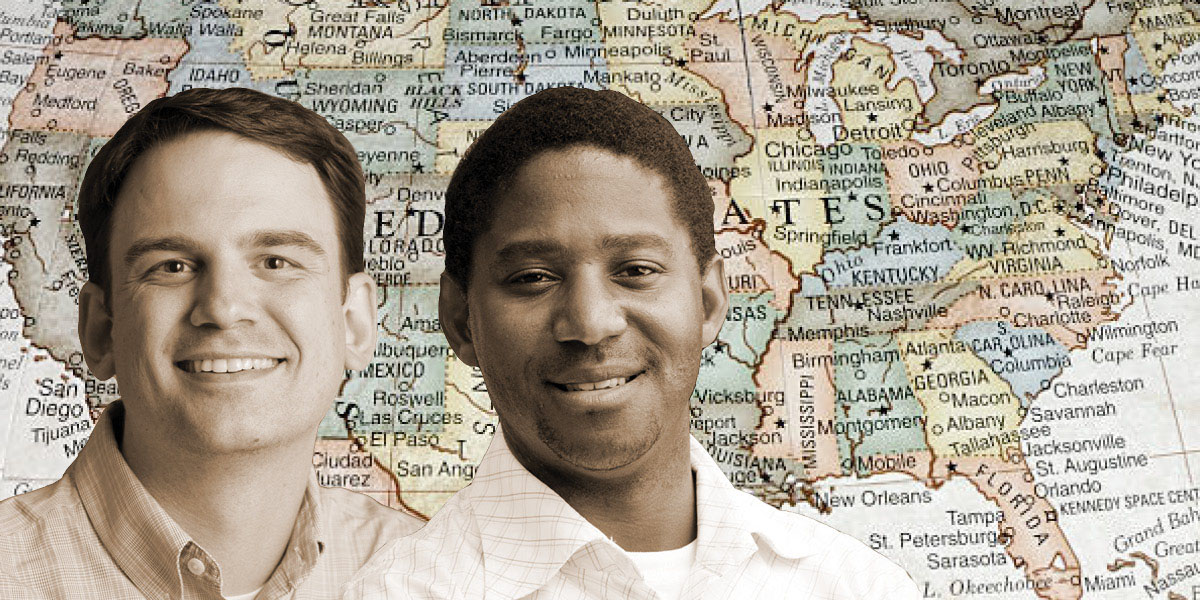 There are many similarities: They have the same first name, of course. They were both in the Ed.L.D. Program, graduating a year apart. They are both secretary of education in their states. But perhaps the most striking similarity between Ryan Wise and Ryan Stewart is that both understand something important about overseeing education for an entire state: You can’t only sit behind a desk every day. You have to get out and visit schools, too — meeting students, connecting with educators, and understanding local issues.

The Ed.L.D. Program's “two Ryans” — Ryan Wise and Ryan Stewart — make a dual impact as secretary of education in Iowa and New Mexico.

In fact, after Stewart, Ed.L.D.’14, became secretary of education last August for the state of New Mexico, he visited 28 schools in 12 different districts during his first month alone. As he told the Ed School a few years ago, “Education leadership needs to be service-oriented.”

Wise, Ed.L.D.’13, also spent a significant amount of time in schools when he took over as secretary of education in Iowa in 2015.

“I prioritized spending a day each week in schools so that I could hear directly from educators, students, and school board members about the opportunities and challenges of local implementation of statewide reform efforts,” he says. At the time, this included the launch of a comprehensive early literacy initiative and the redesign of career and technical education.

This desire to connect with classrooms can be traced back to the time both men spent as teachers. Stewart taught algebra and science in California and Philadelphia for many years before directing the Office of School Improvement and Innovation for Philadelphia public schools. Wise, a founding staff member of Teach For All, taught history in Mississippi, Nebraska, and on the Rosebud and Pine Ridge reservations in South Dakota.

Asked about impact, Stewart — less than a year into the job — told Searchlight New Mexico, an investigative journalism project, that he wanted to make sure the state’s education system was “attentive to the whole child,” taking into account the range of cultures and languages across the state. “And,” he said, “we need to define what it is going to mean to be a New Mexico graduate. What should every single graduate know and be able to do when they graduate from high school?”

For Wise, who is stepping down from the job this summer to become dean of the Drake School of Education in Des Moines, the biggest impact he’s had on education in Iowa, he says, is the role he played in the design and implementation of the Teacher Leadership and Compensation (TLC) system.

“Iowa now has more than 10,000 teachers in formal, compensated leadership roles, and the state spends over $160 million annually specifically to support teacher leadership,” he says. “I was privileged to help shepherd the effort all the way from the idea stage to full, statewide implementation. And we know through our program evaluation that TLC has had a positive impact on student achievement and has also transformed the teaching profession in Iowa for the better.” – Lory Hough

Learn more about the Doctor of Education Leadership Program.

Ed.L.D. alumni and current students reflect on leadership and the impact of Ed.L.D. on their current work.