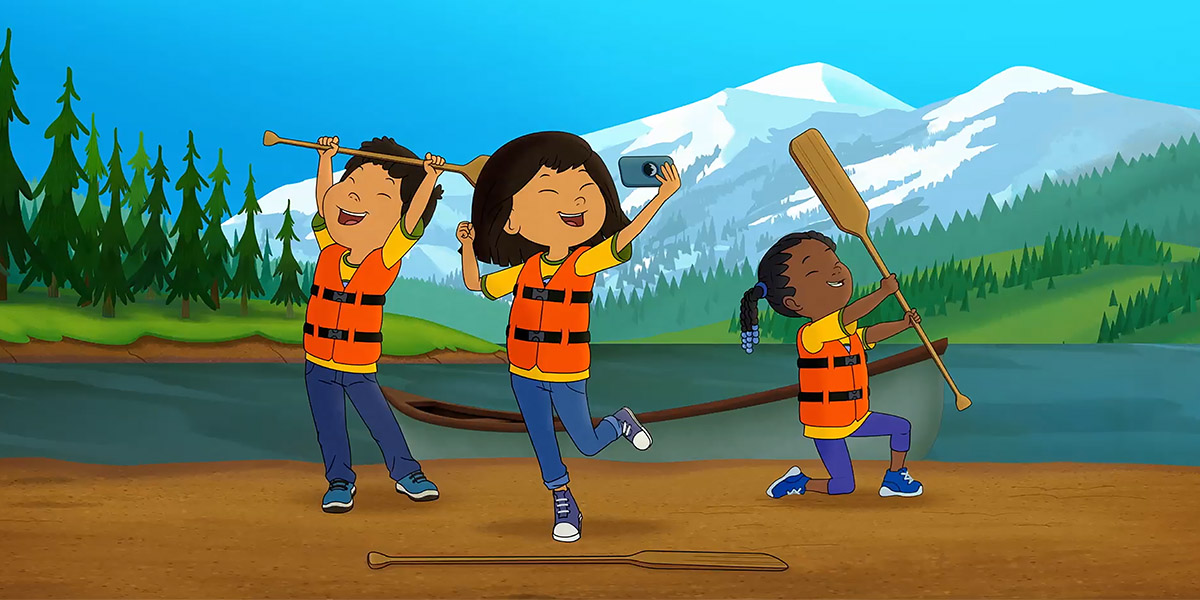 Award-winning television writer and producer Dorothea Gillim, Ed.M.’91, could have ended up working in software, but instead she found a calling in children’s television, and that’s where she’s made a lasting impact. As a longtime executive producer at WGBH, Gillim has created and produced some of the most popular educational children’s shows today.

With fresh and pioneering characters, smart writing, and pedagogy at heart, Dorothea Gillim’s television shows illuminate the romance in learning.

Whether it’s 10-year-old Becky Botsford, the superhero of the long-running animated show WordGirl, or 10-year-old Molly Mabray, the Native Alaskan problem-solver/adventurer on Molly of Denali, Gillim does more than just entertain kids.

"If the three stages of learning are romance, mastery, and generalization, then I think TV is best used to romance kids to learn a subject," she said.

A former teacher, Gillim was led to writing and working in television by a course in media education at HGSE, which has been a strength of the school since it helped launch Sesame Street. In addition to WordGirl and Molly of Denali, she has worked as a producer on Curious George and Pinkalicious and Peterrific, and directed Hey Monie, earning Emmy Awards, Peabody Awards, and Television Critics Association Awards.

With great stories, characters, and animations, Gillim’s shows are enjoyable and educational for young audiences and their parents. WordGirl enriches vocabulary, instills a love of language, and fosters better reading comprehension. And Molly of Denali offers young viewers examples of how to acquire knowledge and share information in a contemporary way.

“Using informational texts effectively is more important than ever for today’s kids, and Molly of Denali teaches these skills in a fun, exciting way,” Gillim explained. “We’re excited about the way Molly and her friends use many types of information, moving seamlessly from tapping into the knowledge of community elders to reading a map to creating a video blog.”

Molly of Denali, which just won a George Foster Peabody Award, features the first indigenous lead character in a nationally distributed children’s television series, and it brings to life a rich panoply of characters and perspectives. It also prioritizes representation behind the scenes, with a diverse team of actors and creatives, including many Alaska Native people.

“It’s important for kids to see themselves reflected on screen,” she told an audience of PBS affiliates. “I hope that kids really come away excited and empowered to learn that they can unlock information that can help them answer questions and solve problems.” – Jill Anderson

Listen to an episode of the Harvard EdCast on how parents can use television in smart and healthy ways.