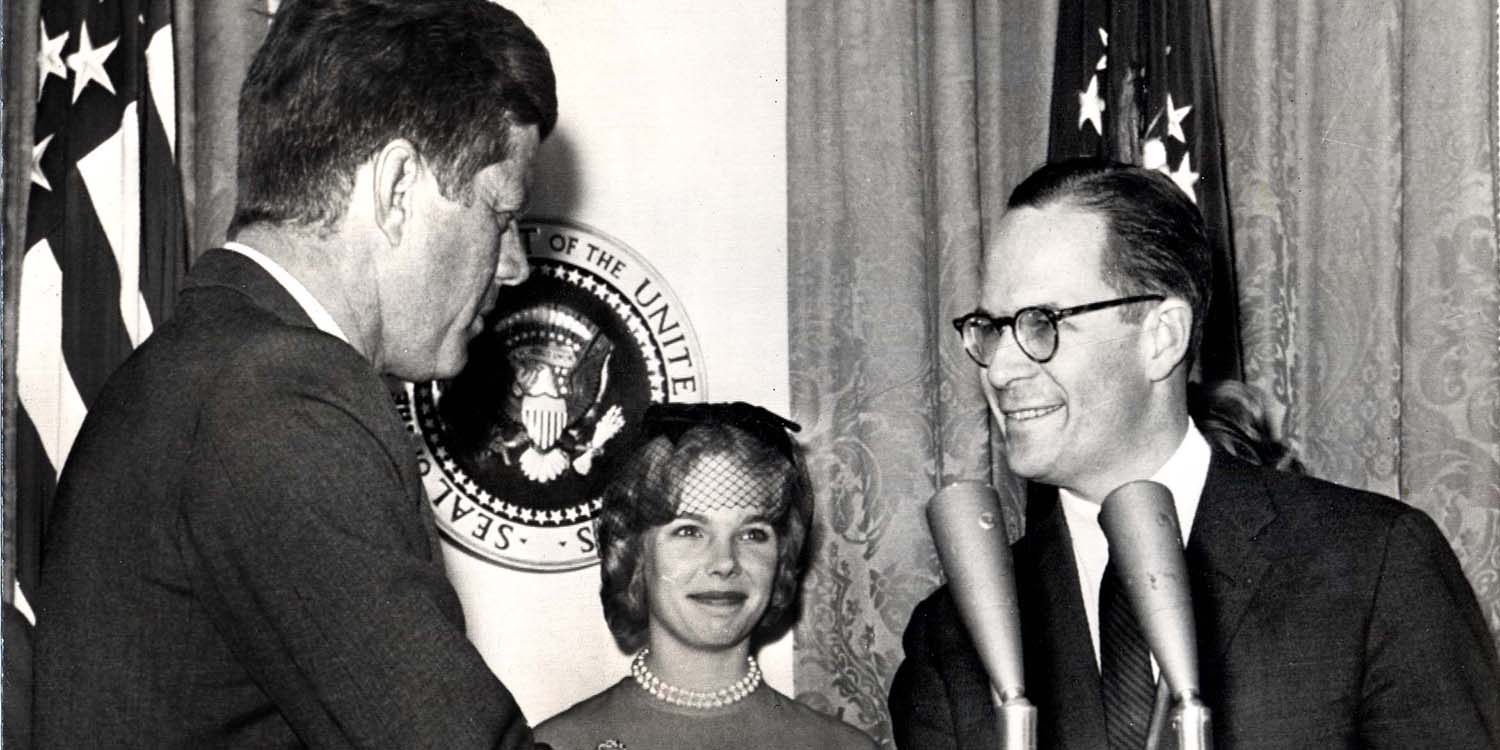 Francis Keppel was always a Harvard man, having graduated from the College, served as an assistant dean, and worked as an assistant to the provost. But few could have ever imagined how Keppel’s 14-year HGSE deanship would impact the school’s composition and national reputation.

Entering the role in 1948 at the age of 32, the youngest of any Harvard dean, Keppel set to work establishing the Ed School as a top-tier option for graduate study in education. During his tenure, enrollment grew from around 150 to well over 600 students, and the percentage of students enrolled full time doubled. Reaping the benefits of its growing reputation as a leading institution for teacher preparation, advanced study, and education research, HGSE doubled its endowment and saw its application totals increase from 200 to 2,000 by Keppel’s final year, 1962.

Beyond the numbers, Keppel introduced several substantive programs to HGSE, including an elementary teaching master’s degree and doctoral degrees in the fields of guidance, human development, instructional research, administration, teacher education, and more. He created Harvard’s School and University Program for Research and Development, as well as programs that connected HGSE with Boston Public Schools. Keppel’s introduction of educational television development to the Ed School differentiated Harvard from its peers, and continues to do so.

In 1962, Keppel left his deanship to serve as the U.S. Commissioner of Education under President Kennedy, and later President Johnson, playing a key role in passing the Elementary and Secondary Education Act of 1965. Emphasizing equal access to education, the act provided federal funding to K–12 education. In his role, Keppel also aggressively enforced the Civil Rights Act of 1964, pushing for desegregation by threatening to withhold federal funds from racially segregated school districts. He spent the final 14 years of his life back in Cambridge as a senior lecturer at the Ed School.

“One of my biggest lessons from my interactions with Mr. Keppel was to strive for a larger, visible, public purpose in my work,” says James Honan, Ed.M.’85, Ed.D.’89, senior lecturer on education. “He set a very high standard for what it means to be a leader in education.” – Timothy Butterfield

Read more about the history of the Elementary and Secondary Education Act of 1965.