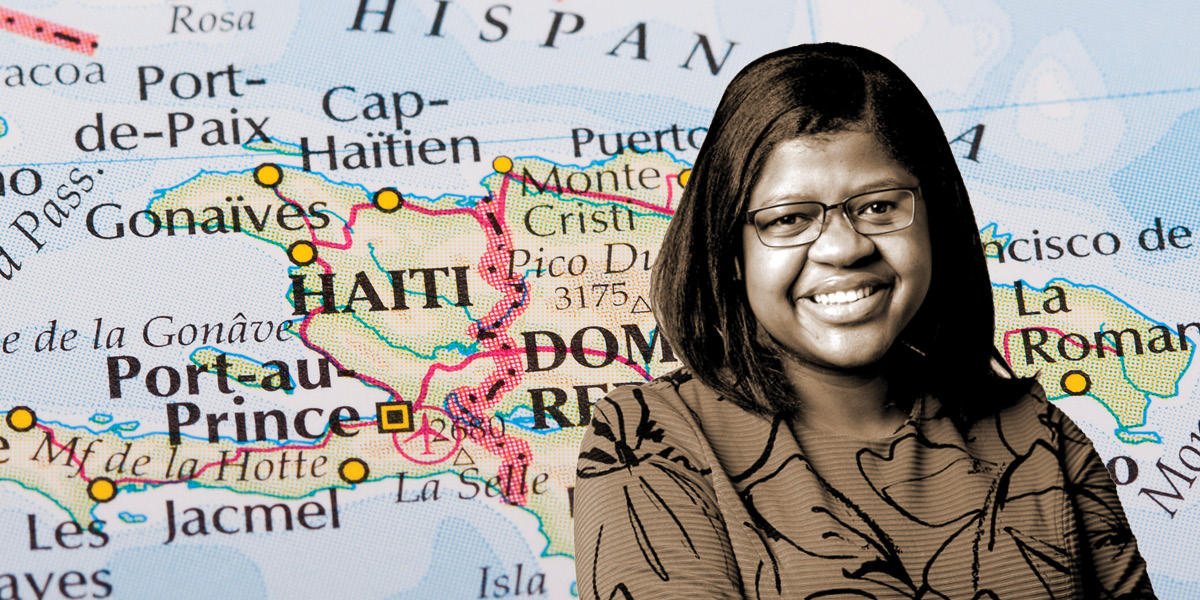 The right to an education is clearly stated in the Constitution of Haiti, yet current systems in the country are coming up short, says Nedgine Paul Deroly, Ed.M.’12. Only one-third of Haiti’s 4 million children complete primary school, with just 1% going on to college. A self-described “proud daughter of Haiti,” Paul Deroly could not let this stand.

As a “proud daughter of Haiti,” Nedgine Paul Deroly saw the country’s intense need and set about building a transformative educational model to fill it.

In 2015, she co-founded Anseye Pou Ayiti (APA) with Ivanley Noisette, Ed.M.’19, to tackle the country’s education challenges, including a lack of teacher training and glaring inequities in schooling, particularly in the rural areas in which nearly 70% of Haitians live. The organization recruits an all-Haitian group of existing teachers and recent graduates to become fellows, focusing on underserved rural areas. After a two-year program of pedagogical and leadership training, more than 75% of the fellows return to their communities — not just as teachers, but as civic leaders — with the knowledge and skills needed to spread educational equity and drive change in their communities.

“Our teachers are equipped as incredible civic leaders, for advocating for their students and for larger reforms. Everything we do is rooted in the power of local culture, customs, and community,” said Paul Deroly, current CEO of APA, which prioritizes the local Haitian Creole in both training and classroom instruction.

“We believe that we can look inward to push forward … ," she told Harvard Ed. magazine in 2016. “[We want] students to value and be proud of where they come from."

The model has been working. Eighty-five percent of the students APA serves pass on time and on grade level, more than three times Haiti’s national average. In recent years, the organization has expanded its offerings to include parent programming and school leadership programming.

Paul Deroly has been recognized among the top global social innovators by Echoing Green, selected for the Forbes “30 Under 30” list of social entrepreneurs, and chosen as part of the inaugural cohort of the Obama Foundation Fellowship.

“I feel I am walking in the footsteps of those who have broken barriers,” said Paul Deroly, shortly after founding APA. “I hope my future legacy is that I contributed to a movement to redefine Haiti through the lens of education.” – Marin Jorgensen