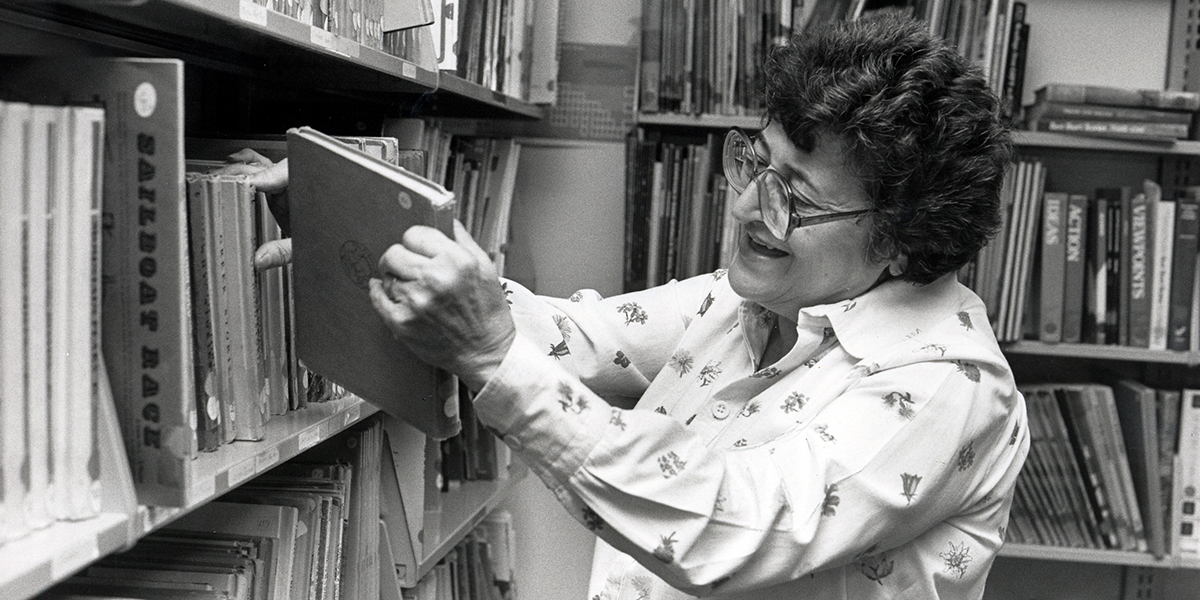 It would be difficult to discuss what we know about early literacy without mentioning Jeanne Chall. As a seminal researcher on the developmental stages of reading, Chall was among the first to delve into complex and widely debated ideas on how children learn to read and how stressors like poverty impact their ability to do so.

Responding to a national crisis in children’s literacy in the 1950s and 60s, Chall’s support of phonics instruction over the whole-language approach pushed back against popular beliefs even as it propelled her career. She described learning to read as a “developmental process,” advocating for using phonics and challenging literature as the best ways to teach children to read.

When Chall joined the Ed School in 1965, she brought her unconventional philosophies on reading development with her, becoming the director of the graduate programs in reading and founder and head of the Harvard Reading Laboratory (now named the Jeanne Chall Reading Lab in her honor). Her research would go on to influence generations of educators beyond the Ed School, particularly through her books Learning to Read the Great Debate and Stages of Reading Development.

She spent her life and career advocating for better services for every child. “Perhaps the best way to solve the adult literacy problem is by prevention — with better instruction and services for all children, and particularly for those that tend to lag behind,” she wrote in the Harvard Crimson in 1986, about growing rates of adult illiteracy.

Chall’s work on reading development was just one way she supported new approaches to education and to understanding how children learn. An early supporter of children’s television as a teaching tool, especially for at-risk children, Chall advised on many pioneering programs, including Electric Company, Between the Lions, and Sesame Street.

"Jeanne identified and studied the crucial issues in education decades before others," former HGSE Dean Jerome T. Murphy told the Harvard Gazette at the time of Chall’s death in 1999. "Her work included examinations of schooling and instruction, of the relationship of poverty and disability to reading difficulties and school achievement, and of the interdisciplinary nature of learning to read. She was enormously influential in helping us understand how people actually learn to read and in ensuring that the research evidence was used in the classroom to help children." – Jill Anderson

Visit the Jeanne Chall Collection on the Teaching of Reading.

Learn about Reach Every Reader.

Hooked on Classics: Harvard Ed. magazine looks at the push to modernize reading lists — and the pushback.