Leading for Equity at Every Level 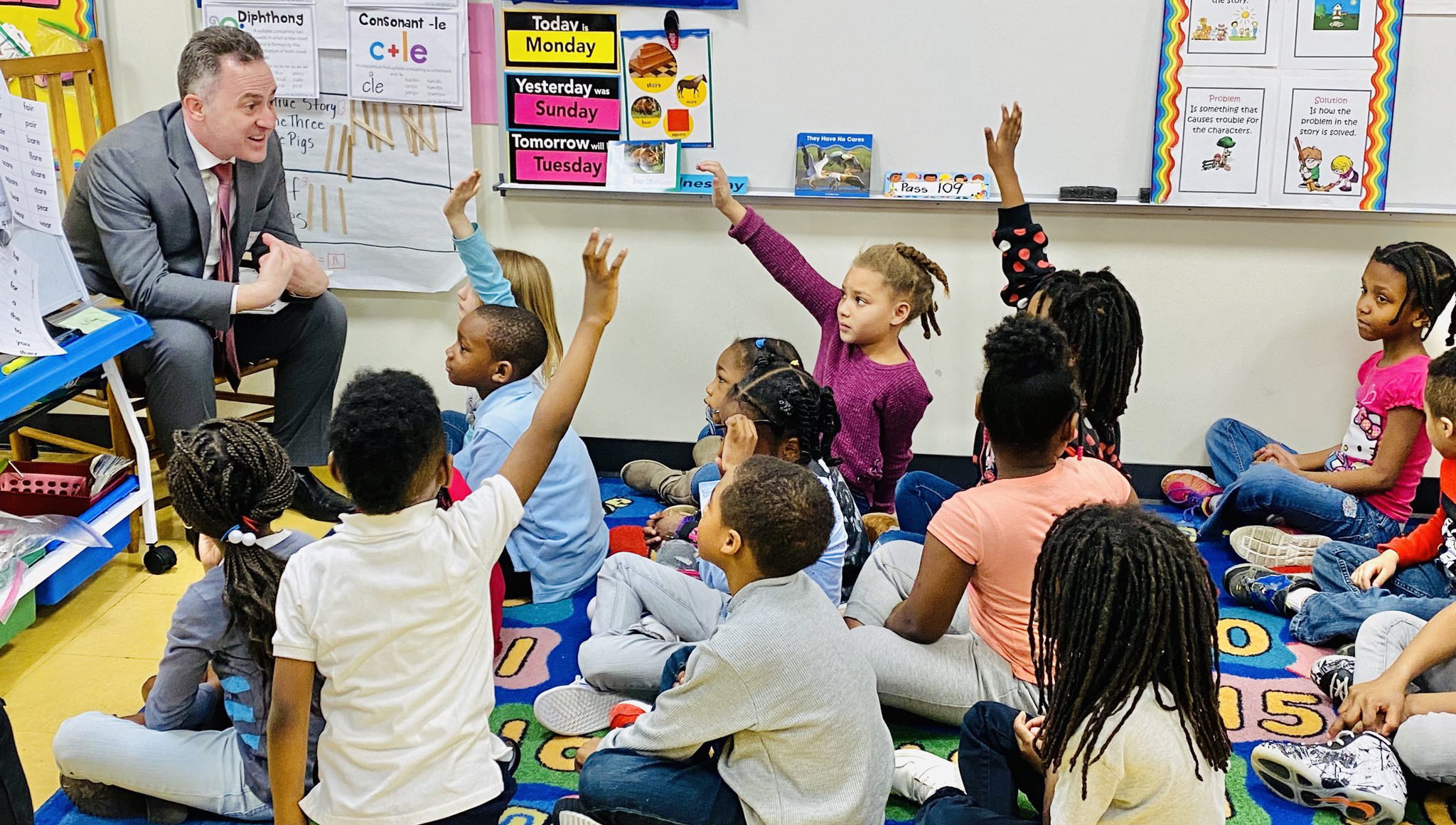 Throughout his career, Jason Kamras has been been driven by a passion to redesign and rethink educational traditions and systems. From his time as a public school math teacher — when he was named 2005 National Teacher of the Year — to his current appointment as superintendent for Richmond (Virginia) Public Schools, Kamras has always operated with an eye on equity and community, focused on eliminating the opportunity gap.

Following a path from National Teacher of the Year to district leadership (and more), Jason Kamras works to rethink classrooms and systems to close opportunity gaps.

“There are still so many young people in under-served communities across the nation that still do not have access to an excellent education. This social challenge is why I teach,” Kamras, Ed.M.'00, said in his 2005 National Teacher of the Year acceptance speech. “As educators, we can play a fundamental role in alleviating this inequity, despite the challenges we face, by holding ourselves and all of our students to the highest of expectations and demanding excellence from them. We can, and we do, make a dramatic difference in their lives every day.”

After a decade in the classroom, Kamras began to think about how to attain excellence and equity on a larger scale. He spent time working as an educational adviser for the Obama Campaign in 2008, then in various senior roles in the District of Columbia Public Schools (DCPS), where he focused on teacher evaluation as a lever to ensure success for students. During his tenure with DCPS, the district saw substantial gains in many areas, including student learning, student and teacher satisfaction, and graduation rates.

Kamras entered his role as superintendent in Richmond in 2018 with the promise to strive for engagement, excellence, and equity. Since then, he has led conversations about race, renamed schools that bore the names of Confederate generals, increased transparency around the school budget, worked to beautify schools, and fought to raise the graduation rate — all with the ultimate goal of student success.

Learn more about the Doctor of Education Leadership (Ed.L.D.) Program.