At the Intersection of Law and Education 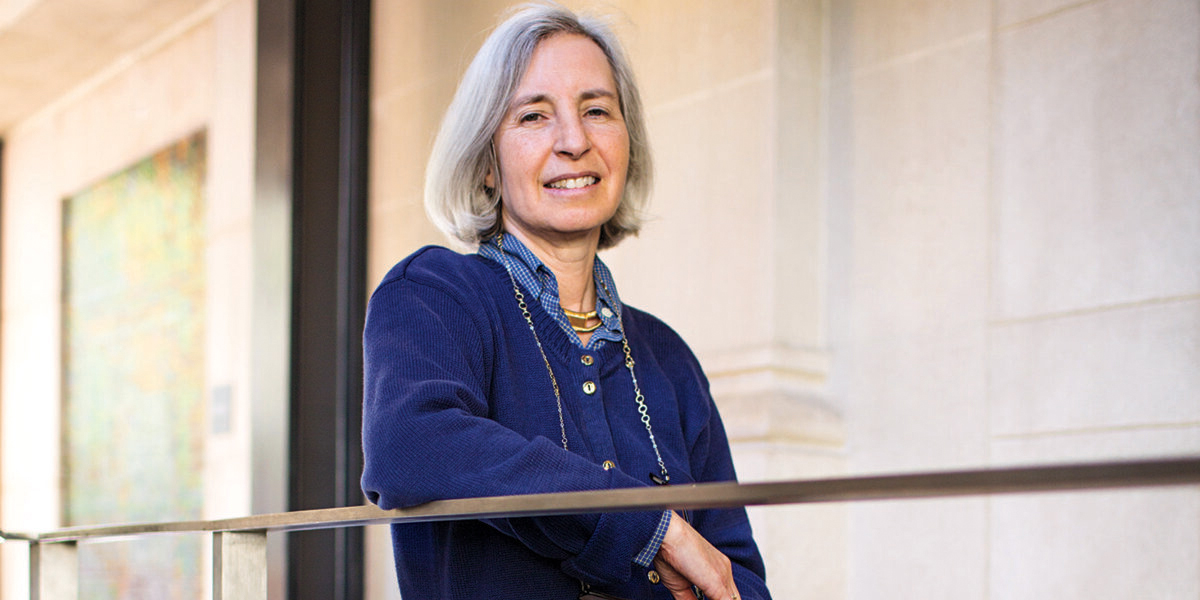 In all of her roles over the course of her career — from law clerk for Supreme Court Justice Thurgood Marshall to Harvard professor to Harvard Law School dean — Martha Minow, Ed.M.’76, has drawn on her interdisciplinary training to advocate for justice within the many intersecting areas of law and education.

As a lawyer, legal scholar, educator, and mentor, Martha Minow has dedicated her career to advocating for justice and equal opportunity in education.

A cornerstone of Minow’s scholarship is advocacy for equal educational opportunity. Her five-year partnership with the U.S. Department of Education and the Center for Applied Special Technology resulted in both legislative initiatives and a voluntary national standard to open access to curricular materials for individuals with disabilities.

In her award-winning book, In Brown’s Wake: Legacies of America’s Educational Landmark, she traced the legacy of Brown v. Board of Education in the United States and abroad. She examined the ensuing rise of social movements for educational equality in areas of disability, language, gender, and religion, including the issue of school choice.

“I take a third way approach, which is neither for nor against school choice, but acknowledging that it’s here and urging that we are mindful of the opportunities both to have much more rigorous social science lessons and also cautious about the new forms of self-separation and self-segregation,” she told the Harvard EdCast.

Minow has also turned her lens to international issues and conflict settings, still drawing on her educator's training. She served on the Independent International Commission on Kosovo and helped to launch "Imagine Co-existence," a program of the U.N. High Commissioner for Refugees, to promote peaceful development in post-conflict societies.

“The role of education turns out to be very, very important, both as a prevention in dealing with intergroup conflict, but also as one of the ways to respond to conflict and violence,” she said.

In 2018, Minow was named the 300th Anniversary University Professor, the highest honor bestowed upon a member of the faculty at Harvard. “Martha Minow is a scholar of extraordinary scope, imagination, and impact, whose wide-ranging work is anchored in a deep commitment to justice,” said then-Harvard President Drew Faust at the time. “Throughout her career, she has powerfully combined scholarship with service and education with inspiration.”

Her teaching has inspired many students to continue or pursue careers in public service, including one student who followed that career path all the way to the White House: former President Barack Obama. Minow ultimately became a friend and adviser to Obama, serving alongside him on a national panel examining civic engagement when he was a state senator in the late 1990s, and later acting as a presidential campaign adviser on legal issues and education policy. – Sarah Garfinkel

Listen to Martha Minow on the Harvard EdCast.

Read writings by education leaders on the impact of Brown v. Board of Education in Harvard Ed. magazine, including an essay by Martha Minow.