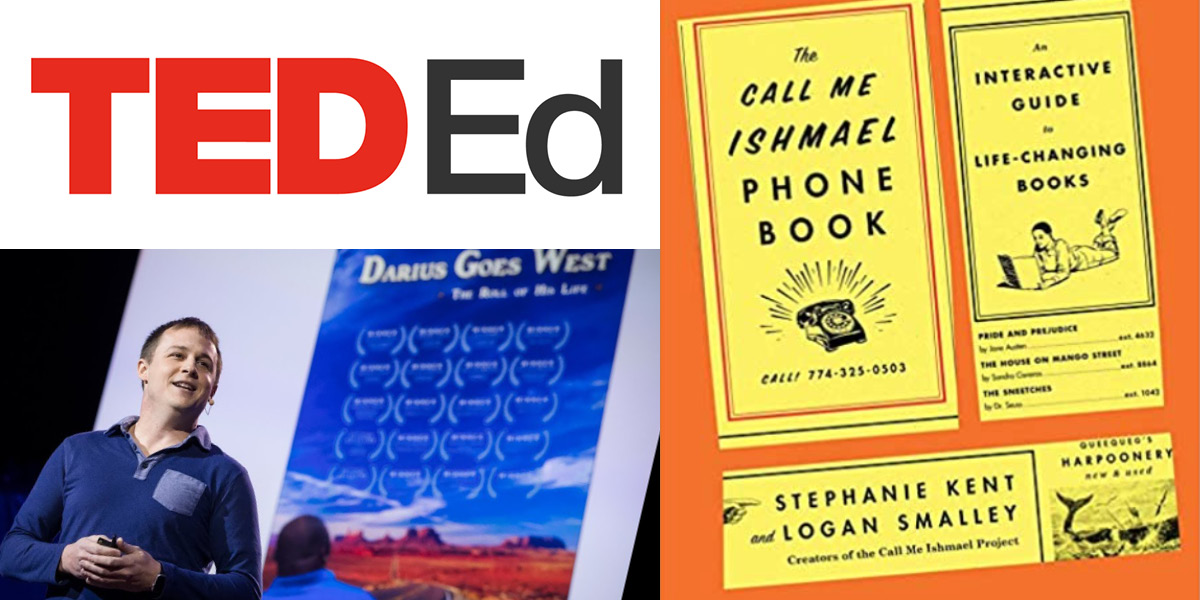 Anyone who has spent time in the classroom knows students are full of ideas. But how do you help them grow and nurture an idea so it becomes powerful enough to change the world? For Logan Smalley, Ed.M.’08, director of TED-Ed, the solution seemed clear enough.

“Student ideas are (and always have been) the future of our world. They simply need a visible platform to which they can go, and grow,” he told Harvard Ed. magazine.

As director of TED-Ed, Logan Smalley pushes educational media to new frontiers, amplifying the wisdom of teachers and learners.

Since its launch in 2012, TED-Ed has provided a platform for teachers to pitch a powerful lesson, craft it into a script, and then, paired with professional animators, create a video that can be viewed and shared broadly. “Right now, out there somewhere, there’s an educator delivering a mind-altering lesson to their class,” Smalley said. “But that lesson only reaches the students in that room…. The mission of TED-Ed [is] to capture and amplify the voices of the world's greatest teachers.” With a global network of over 250,000 teachers and videos with over a million views, the platform serves millions of teachers and students around the world each week.

But students, too, use the platform to share ideas and amplify their own voices. Students can join TED-Ed clubs, which have tens of thousands of student members and are located in more than 100 countries. Using a flexible public speaking curriculum, students identify their passion, choose their idea, craft a TED-style talk and share it with their friends, families, and communities.

Smalley developed what would become TED-Ed after he received a TED Fellowship for his film Darius Goes West which told the story of a four-year cross-country trip he took with his former student Darius Weems, a teenager with Duchenne Muscular Dystrophy (DMD). The documentary was a success and raised $2 million for DMD research.

Smalley’s most recent project, Call Me Ishmael, asks bibliophiles to share their stories about the books and authors that have shaped them through anonymous phone messages. These compelling stories, collected and featured as a video clip on the project’s website and Youtube channel, will also appear in The Call Me Ishmael Phone Book, scheduled for release in October 2020.

“The through line is community building,” said Smalley. “I try to help people with shared values connect with each other, have memorable experiences together, and learn from each other’s diverse strengths, ideas, insights, and stories.” – Emily Boudreau