A Historian Chronicles the Fight for Justice 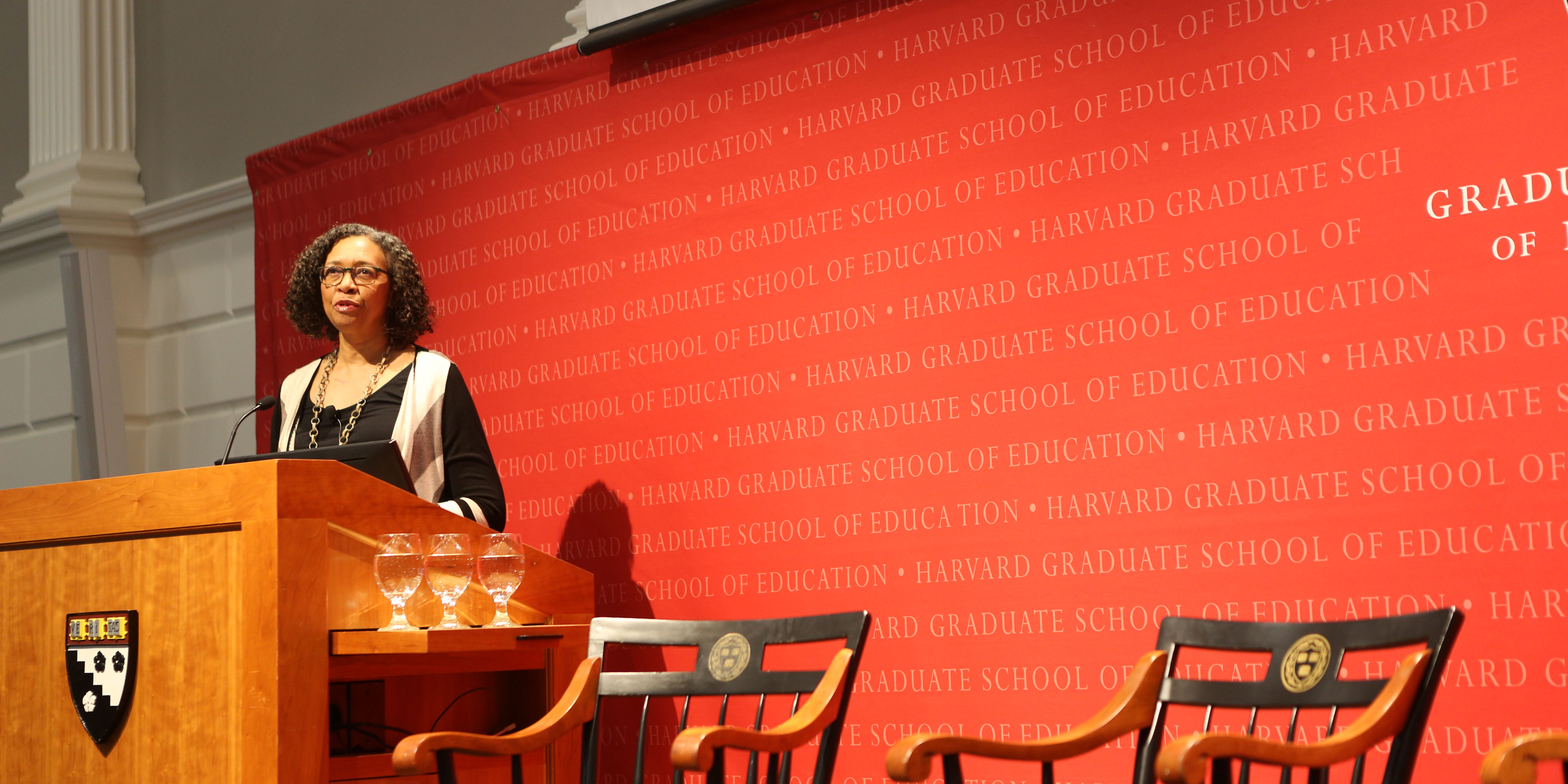 Vanessa Siddle Walker speaks at the Askwith Forums in March 2019

With a career spanning four decades in teaching and research, education historian Vanessa Siddle Walker, Ed.M.’85, Ed.D.’88, is one of the foremost experts in segregation in American public schools, equity, and the pursuit of justice for African American schoolchildren.

A former high school teacher, Walker became faculty at HGSE in 1985. Now the Samuel Candler Dobbs Professor of African American Educational Studies at Emory University and president of the American Educational Research Association (AERA), Walker has published extensively, including the book Their Highest Potential: An African American School Community in the Segregated South, which received the prestigious Grawemeyer Award for Education in 2000. The recipient of the AERA Early Career Award in 1998, Walker's research shines a light on the deep complexities running through the education of black schoolchildren in the Jim Crow era and beyond.

Walker’s latest book, The Lost Education of Horace Tate: Uncovering the Hidden Heroes Who Fought for Justice in Schools, is the result of a two-decade investigation into the educators who fought — unheralded and mostly behind the scenes — for the rights of black schoolchildren from the time before Brown v. Board of Education. The book, which won the Lillian Smith Book Award for 2019, shows, as Walker once wrote, that “the first, most consistent, most broadly focused advocates for black children were black educators.”

Walker’s innovative writings and scholarship have inspired countless educators and researchers, including HGSE Assistant Professor Jarvis Givens, whose work lies at the intersection of the history of American education and theories of race and schooling.

“There were things that happened in segregated black schools that, until Professor Siddle Walker’s [Their Highest Potential], had only been thinly appreciated,” Givens said when introducing Walker at the Askwith Forums in 2019. “The way that Vanessa told the story [of black educators] forced us to see the life in these people, their human strivings, and the political exercise that was their teaching. In fact, in a very poignant way, this book reminded us that there is a human experience at the center of education that we must always contend with. All of her books have done this while patching together, in stunning literary form, the world in which black students and teachers were living and striving.” – Marin Jorgensen

Listen to the full interview with Vanessa Siddle Walker on the Harvard EdCast.

Watch Askwith Forums: Black Educators and the Struggle for Justice in Schools.