Finding the Joy in Education 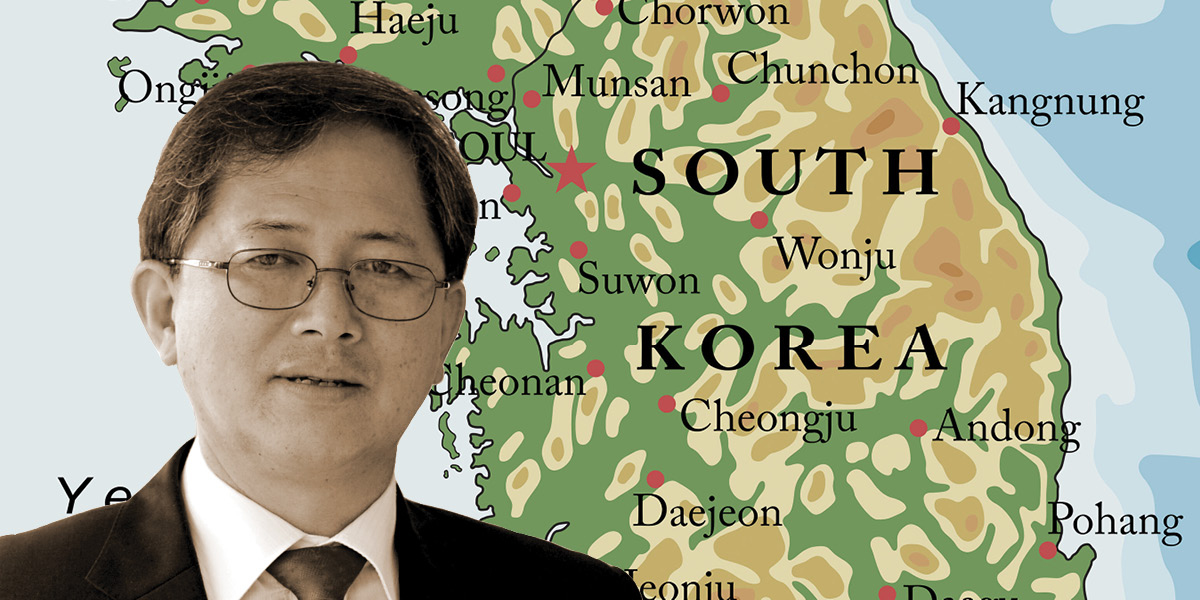 Growing up in a small, rural village in South Korea, Gwang-Jo Kim found joy in his humble schoolhouse. “[School] was a place for young minds thirsty for knowledge,” Kim once recalled. “My time there set the course for the rest of my life, and looking back, the only word that seems to adequately capture that period for me is, simply: happiness.” Kim’s drive to replicate that feeling of joy for all learners is what compelled him toward leading change in education.

Even from increasingly senior leadership positions, Gwang-Jo Kim was always motivated by the happiness he derived from learning.

Over his career with the South Korea Ministry of Education, Kim, Ed.M.’84, Ed.D.’94, was part of several deeply impactful initiatives, including a 1995 national education reform proposal that analysts said shifted the education system away from a traditional supplier-centered approach to a student-centered approach. He also shepherded innovative policies around teacher preparation and support and human resources development, both considered significant to the evolution of modern Korean education.

After a stint with the World Bank, Kim was named deputy minister of education for South Korea, developing policy in higher education, technical and vocational education, and lifelong learning. In this role, he launched the Global Human Resources Forum, an annual convening of international education policy leaders, which is still held today.

“Mr. Gwang-Jo Kim was a man of passion in his work,” remembers Doh-Yeon Kim, the minister of education, science, and technology under whom Kim served. “He had great interests for human resource and development and first made it an important function of the Ministry. His achievements and footprints are respected."

Later, as director of UNESCO’s office for education in Bangkok, Kim focused on the educational challenges and objectives of today, such as making education more relevant for children, cultivating social-emotional skills, and advancing global citizenship. He brought together regional education ministers to find ways to create jobs for young people, promote entrepreneurship, and encourage educational innovation.

Kim came full circle with the launch of one of his final projects, the Happy Schools Project, which addresses the challenges faced by students in today’s competitive and test-focused world. Launched with a 2016 report, Happy Schools continues to focus on student well-being.

“His life and career is a great double testimonial to the power of education to change the lives of people and communities,” says Professor Fernando Reimers, Kim’s HGSE classmate and longtime friend. “First, by how education changed Gwang-Jo’s life, and second, by how his leadership changed the lives of countless children and adults he encountered along the way." – Timothy Butterfield