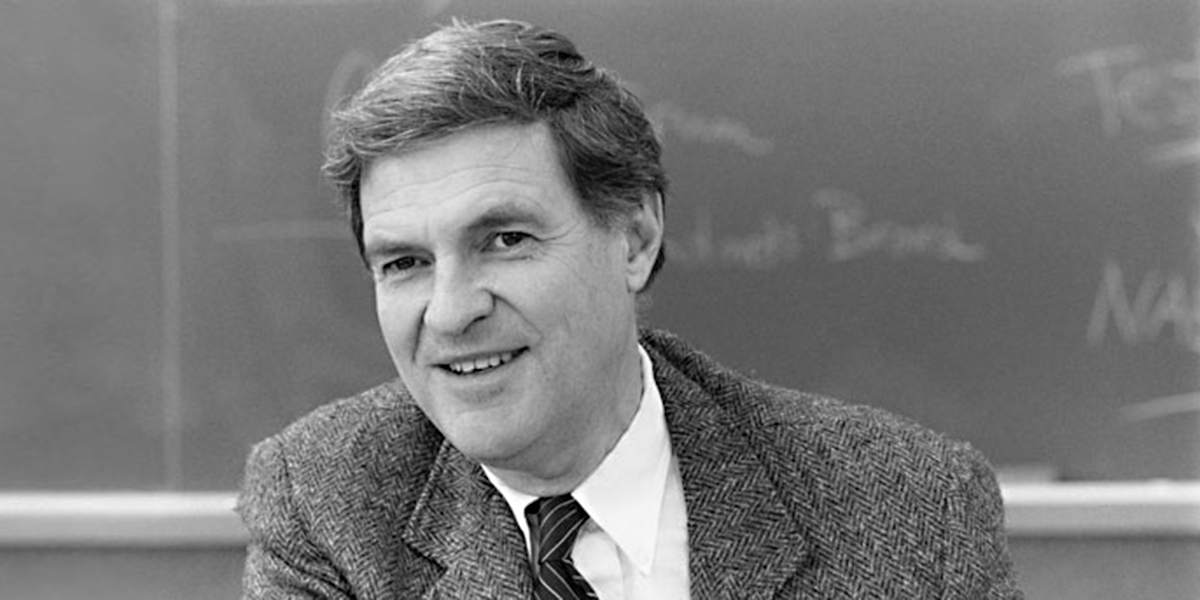 Having been born into a family of educators, it came as no surprise that education is where Theodore “Ted” Sizer would also make his mark, as a teacher, school leader, visionary, reformer, and dean of Harvard Graduate School of Education — a position he took on at the young age of 31.

Ted Sizer led the Ed School and went on to found the Coalition of Essential Schools, whose school reform ideas continue to make a difference.

Known for his dedication, energy, and genuine interest in all he encountered, Sizer “was an incredible connector," said Professor Howard Gardner upon Sizer’s death in 2009. "He knew everybody, was on good terms with people, and helped the career development of many people. There were hundreds, or thousands, of people who went through his shop. He had a human influence on many people." In fact, according to Gardner, if not for Sizer’s support and his great interest in the arts and humanities, Project Zero may not have come to be.

After departing HGSE in 1972, Sizer spent time as headmaster of Phillips Andover, where he turned the historically all-boys school into a co-ed institution, and then as a faculty member at Brown University, where he founded two organizations that were instrumental in the rise of education reform: the Annenberg Institute for School Reform and the Coalition for Essential Schools (CES).

In his writings of the time, Sizer established nine Common Principles for school reform projects, many of which remain visionary today: learning to use one's mind well, personalization, student-as-worker/teacher-as-coach, demonstration of mastery, a tone of decency and trust, commitment to the entire school, and democracy and equity. (A tenth, which envisioned the proper way to allocate resources for teaching and learning, was added later.)

With Essential Schools, Sizer sought to put into practice the themes he developed in his influential book Horace's Compromise — and later expanded upon in two follow-ups, Horace's School and Horace's Hope. CES ultimately grew into a network of hundreds of schools, and the progressive ideas it popularized are everywhere, “in the heads of people who’ve never even heard of Ted Sizer,” said his wife and collaborator, Nancy Sizer.

"Ted's contributions to education are numerous and far-reaching," said former HGSE dean Kathleen McCartney in 2009. "As a member of the HGSE faculty, as dean, and as a visionary in education, Ted made an enduring impact through his teaching and scholarship, but also his unsurpassed wisdom and insight.” – Marin Jorgensen

Visit Project Zero's website to learn about its current projects.

The Education Redesign Lab is shepherding a new age of education reform.