A Champion of Inclusion and Equity 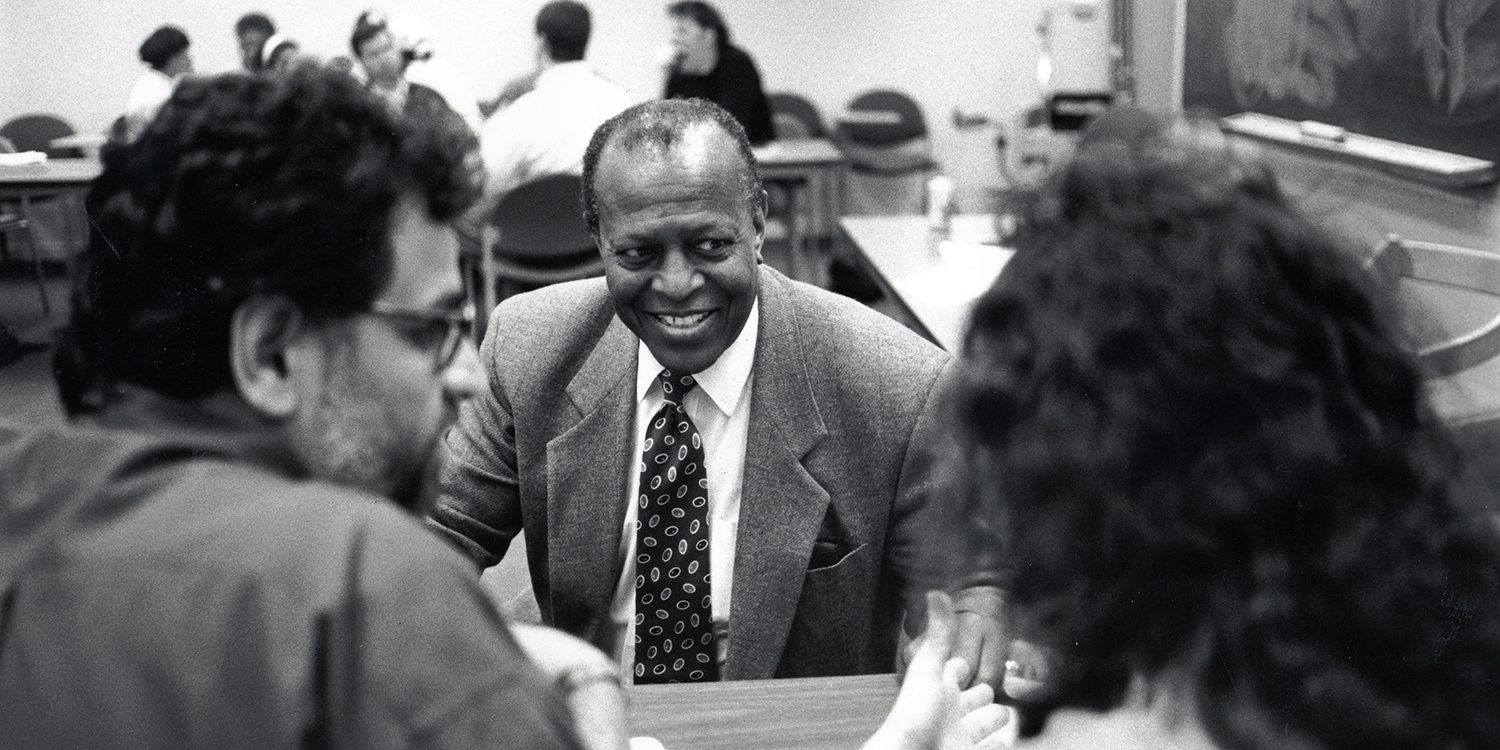 In 1975, a year after he joined the Ed School, Professor Charles “Chuck” Willie stepped into the national spotlight when he served with former Dean Francis Keppel as a court-appointed master to read proposals in Boston’s contentious school busing case, and then make recommendations for a final plan to desegregate the city’s schools. Willie was already one of the foremost sociologists of his generation and a path-breaking educator, academic leader, and activist. With a growing reputation for his work in school desegregation — including the Controlled Choice plan that was implemented in Boston and Cambridge — he later served as a consultant and expert witness in major school desegregation cases in cities such as Denver, Houston, Kansas City, Little Rock, and St. Louis.

Willie is the recipient of many honors, including the American Sociological Association's William Foote Whyte Distinguished Career Award and the W.E.B. Du Bois Career of Distinguished Scholarship Award. He has published numerous books on issues of race, gender, class, family, higher education, and urban communities, including Controlled Choice: A New Approach to Desegregated Education and School Improvement with Michael Alves, his co-author of the Controlled Choice plan; and A New Look at Black Families with Richard Reddick, Ed.M.’98, Ed.D.’08.

Sociologist Chuck Willie insisted on courageous pathways from academia to the real world — working to end segregation and advance opportunity for students, families, and communities.

“Dr. Willie’s legacy is personal and professional: the multitude of his scholars, like me, that he taught and mentored at HGSE, as well as the educational trajectories of thousands of children transformed from his authorship of school integration plans,” said Reddick, associate dean for equity, community engagement, and outreach at the University of Texas at Austin.

“Think of the youth forever altered by attending integrated schools for two generations. One can mention his name in any gathering of educators, sociologists, and HGSE alumni, and it generates hours of affectionate reflections of his teaching, his intellect, and his kindness. This is a legacy beyond peer.”

Adapted from a story that appeared in the winter 2020 print issue of Harvard Ed. magazine.

Listen to the full interview with Charles Willie on the Harvard EdCast.

Read about how a version of the Controlled Choice plan could work now.