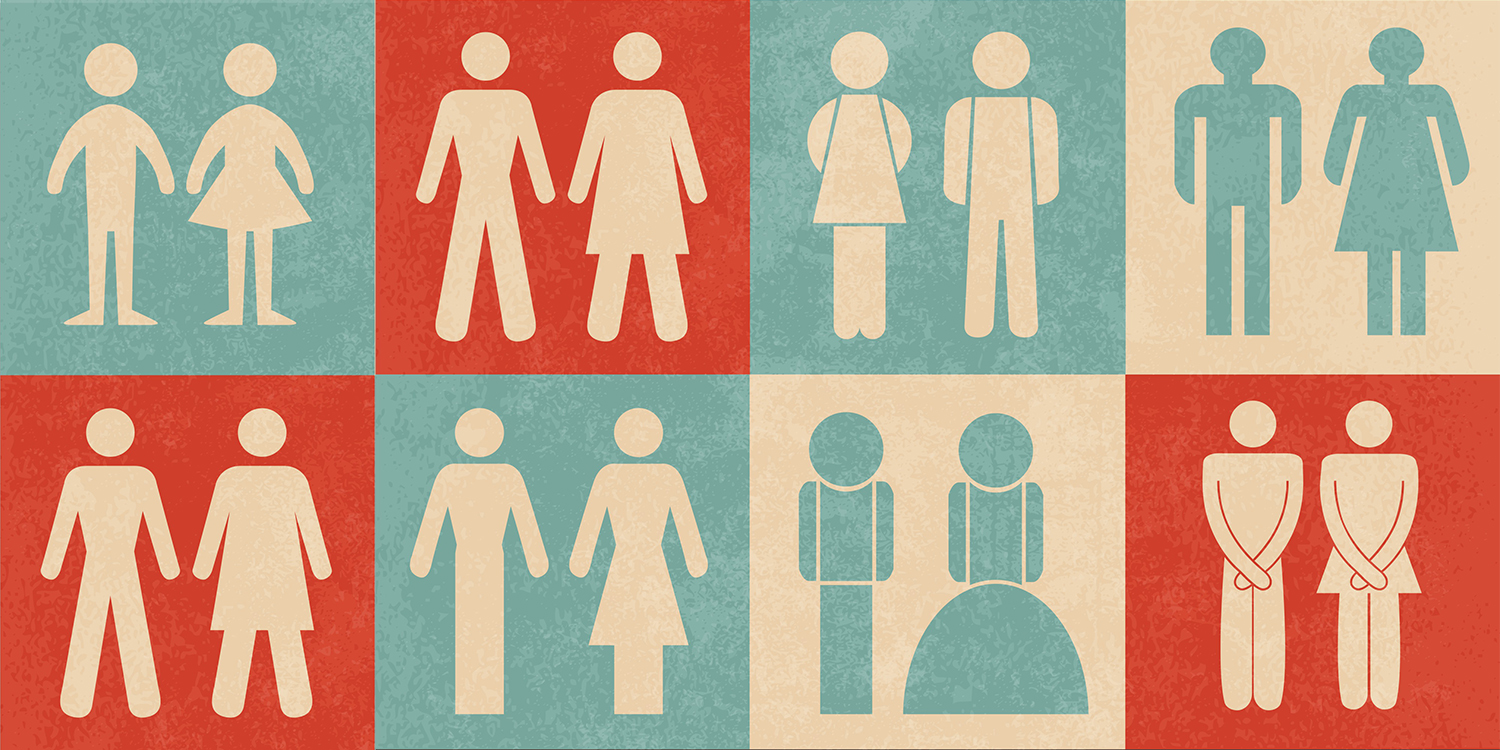 In a world where ideas of what it means to be a man or a woman are often still narrowly defined by stereotypes and media messages, HGSE has long been at the vanguard of change, with faculty members, students, and alumni working to help young people develop confidence in their identities, tackling toxic masculinity and supporting girls’ confidence, and breaking down gender binaries.

HGSE has led the conversation about gender roles, gender identity, and gender stereotypes — helping young people become who they are.

Building on the foundations laid by developmental psychologist and former faculty member Carol Gilligan and the Harvard Center on Gender and Education, HGSE graduates have generated innovative research and developed strategies and practices to help educators address gender in their schools and communities.

"I became interested in how men and women unconsciously collude with societies and cultures that have ruled out women's voices. That's when I began to look at how people over the millennia have found their way to change, and I realized that education is the nonviolent revolution," Gilligan told HGSE News.

Lyn Mikel Brown, Ed.D.'89, worked with Gilligan on the influential book, Meeting at the Crossroads: Women’s Psychology and Girls’ Development, identifying the uncertainties girls face as they enter adolescence. Brown has gone on to research and write books about female friendships, sexualization of teenage girls, and female empowerment. An activist, Brown has also co-founded organizations like SPARK Movement and Hardy Girls Healthy Women, which work to build supportive, feminist, anti-racist coalitions.

Yet boys too face their own gender-based developmental challenges, as noted in Packaging Boyhood: Saving Our Sons from Superheroes, Slackers, and Other Media Stereotypes?, written by Brown with Sharon Lamb, Ed.M.'80, Ed.D.'88, and Mark Tappan, Ed.D.'87, and in Deep Secrets: Boys' Friendship and the Crisis of Connections, by psychologist Niobe Way, Ed.M.’94.

"One of our messages in the end is there are still really important conversations parents and teachers can have with boys about the narrow stereotypes that are not benign but could have an effect on their propensity for violence or their performance in school or how they treat girls," Tappan told Harvard Ed. magazine. "…It's easy to take a 'boys will be boys' attitude, but I think there could be more conversations with boys growing up about those kinds of messages."

Forming healthy relationships is central to Making Caring Common’s (MCC) recent report that looks at the intersection of hookup culture, sexual harassment, and misogyny. To promote the essential conversations between teens and the adults that lead to the growth of healthy attitudes and relationships, MCC developed resources to help parents and teachers lead the discussion.

Jeff Perrotti, C.A.S.’85, has also recognized that schools and adults have a vital role to play in sending messages about gender and identity. As director of the Massachusetts Safe Schools Program for LGBTQ students, Perrotti provides training for teachers and support for transgender students. Since he started offering trainings for staff and faculty in the 90s, requests for assistance have grown. During the 2015–16 school year, the Safe Schools Program conducted 315 trainings and technical assistance sessions. In 2016–17, as of May, the number was already at 432.

“It’s exciting, the different collaborations we’ve had, everything from afterschool programs to adult education. There are a lot of opportunities…. There’s a whole other wave [of interest], sometimes prompted by a student transitioning. It’s a great opportunity to talk about gender identity," Perrotti said.

Following in Perrotti’s footsteps, a new group of HGSE students, including educators Kimm Topping and Jared Fox, are centering their work around supporting the gender and identity development of all students. Much like Gilligan, they advocate for listening to the stories and voices of those who were not previously included in the conversation.

“Yes, we need policies and laws," said Topping, Ed.M.'20, "but we also need to have empathy and to understand why we’re breaking down the gender binary. It’s about getting people to connect and being patient.” – Emily Boudreau

Learn more about Making Caring Common and its report, The Talk.