From Africa, an Inspiring Vision for Change 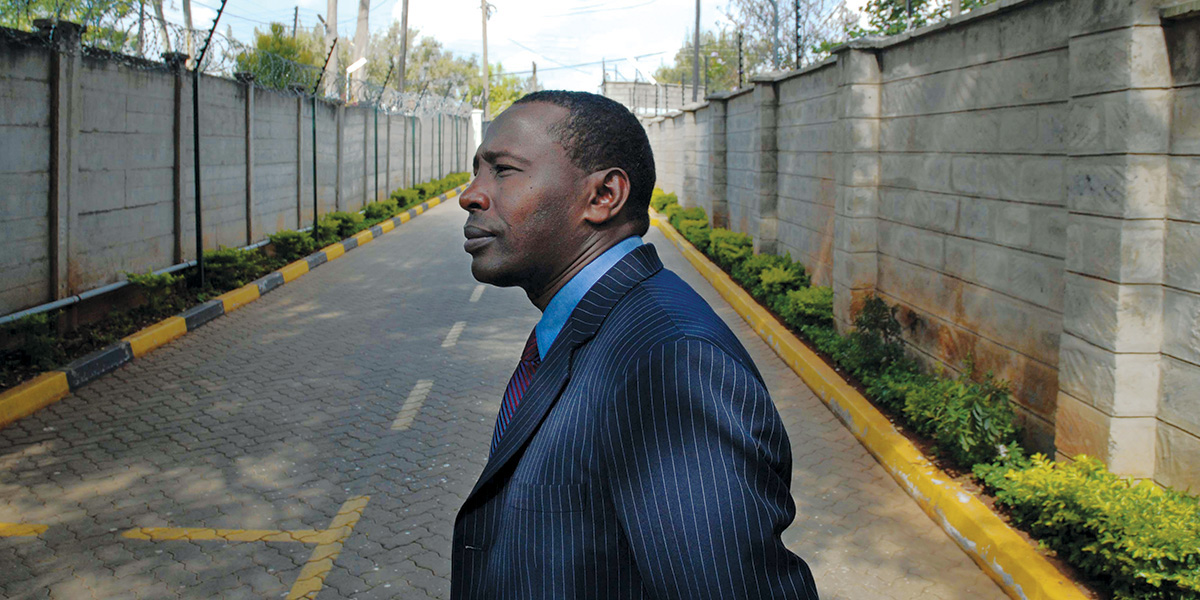 Kenyan politician Joseph Lekuton’s education as a young boy in the rural, nomadic Maasai tribe was what he called “an accident,” when he was tapped by missionaries to attend school. But what followed changed the trajectory of his life. “When the gates to the school opened, I could just see the future being bright,” Lekuton, Ed.M.’03, told the Harvard Gazette in 2003.

Joseph Lekuton — an educator, writer, and member of Kenya’s parliament — unites his Maasai past with his dreams for the future of his country.

The future took him to the United States, where he earned a bachelor's degree (on full scholarship) and two master's, including one in International Education Policy from HGSE. He became a teacher in Virginia, where he led trips to Kenya for students and their families with the goal of building cross-cultural bridges.

“To bridge cultures you must mix people together," he has said. "Education and travel are the best teachers.”

Once he returned to Kenya full time, Lekuton dedicated himself to improving the lives of children as a member of the Kenyan parliament. He has represented the Laisamis Constituency in the National Assembly of Kenya since being elected in 2007 (and reelected in 2013).

Lekuton’s impact quickly gained notice. Profiled in the New York Times Magazine after his first year in office, he was credited with improvements in Kenya, including committing public funds to construct schools and wells and luring Western development agencies to his constituency. He was also known for donating some of his salary to pay school fees and health-care costs for the indigent.

As the youngest recipient of Kenya's Order of the Grand Warrior, a presidential award given to those who dedicate their lives to the service of the nation, he has used his exposure to multiple perspectives at home and abroad to inform initiatives aimed at improving the lives of Kenyan children. Among his many accomplishments: the establishment of the Karare Primary Boarding School; providing solar panels and computers to the Laisamis Secondary School; and inspiring projects at child welfare organizations including the Nomadic Kenyan Children's Education Fund and Cows for Kids.

"The more children we can educate, the fewer problems we'll have in Africa," he told National Geographic. "Meeting enormous needs like this is my biggest challenge. I want to do so much, but there are never enough resources. So many students want to go to school but can't afford it. And in many places, I see death staring at people because there's no food. Again, the resources simply aren't there." – Jill Anderson

Read about Joseph Lekuton and other alumni with "unexpected" careers in Harvard Ed. magazine.