An Advocate for Teachers and Students 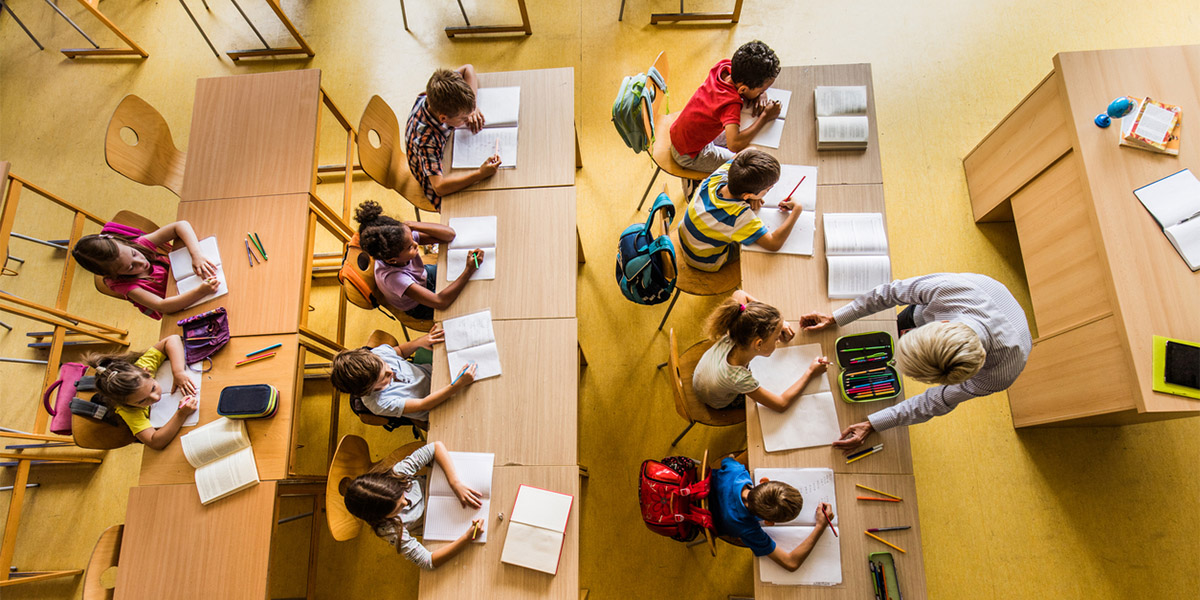 Whether on film, in books, or in launching multiple national education organizations, Nínive Clements Calegari, Ed.M.’95, has dedicated her career to nurturing supportive learning environments for teachers and students, while raising public awareness about teacher realities in the classroom.

Nineve Calegari — founder of 826 and the Teacher Salary Project — sees the through line that connects teachers, students, and communities. Her work connects the dots and strengthens all three.

Before assuming her role as a nonprofit leader and capacity builder for the field, Calegari was a teacher, and it forever shaped her views. "When I was teaching, I thought no one was happier than me. I could not believe how rewarding it was, but I felt the outside community didn't realize how sophisticated the job was," Calegari told Harvard Ed. magazine in 2012. "I felt the burn of America's ambivalent feelings about it. Some people had a sense it was important work, while others didn't.”

After nearly 10 years in the classroom, Calegari set out to help teachers in vital ways. First, she cofounded the literacy program 826 Valencia, with author Dave Eggers, that put her on the education innovation map. Originally an afterschool tutoring program, it has grown into 826 National, with locations in nine cities in the United States — San Francisco; Brooklyn, New York; Los Angeles; Chicago; Ann Arbor, Michigan; Boston; Washington, D.C.; Minneapolis-Saint Paul; and New Orleans. The organization now partners with schools, families, and community organizations to support teachers and help improve students’ writing skills. The 826 model has been replicated in more than 50 international locations, including Freetown, Sierra Leone and Sydney, Australia.

Calegari also launched The Teacher Salary Project, an organization working to shift how society values and supports its teachers.

Changing perceptions is a big driver for Calegari, who coproduced (with Eggers and The Teacher Salary Project) the documentary American Teacher in 2012, following the lives and careers of four educators. Her ambitions, as she told Ed., are fundamentally “to change American culture” — and specifically, to change the way the world sees teachers, in both prestige and pay. In many ways, the documentary was a follow-up to her bestselling book, Teachers Have It Easy, which she coauthored with Eggers.

In her latest role as CEO of Enterprise for Youth, an organization that provides young people in San Francisco with skills and experience necessary to enter the workplace, Calegari is helping young people prepare for lifelong success. The organization, which connects young people to “transformative paid internship experiences supported by a community of employers, caring adults, and peers,” was praised by California governor Gavin Newsome as having changed the lives of more than 25,000 people. – Jill Anderson

Read about the fight for fair teacher pay in Harvard Ed. magazine.