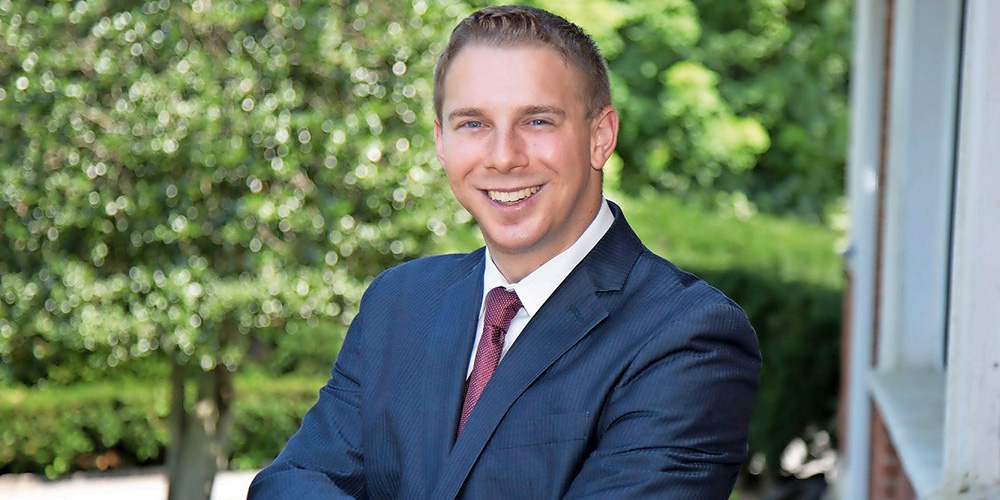 Josh Lafazan, Ed.M.’17, got involved with local politics at an early age when he successfully ran for a seat on the Syosset (N.Y.) School Board. A high school student himself at the time, his campaign was driven by the efforts and desires of young people in the community to effect change. Understanding the power of young voices in government, Lafazan used his time as a student at HGSE to refine his knowledge of education policy and leadership. After graduation, he reentered politics and launched a campaign for the Nassau County Legislature. During his time in office, he has passed legislation to help students struggling with mental health, fight substance abuse, build housing for homeless veterans, and expand protections for people with disabilities.

Here, Lafazan, recently named among the “30 Under 30” by Forbes, discusses the powerful role young people can play in government and the importance of local politics.

What do you think made your first campaign such a success?
I ran for school board when I was a high school student. I was elected because I was propelled by the youth and the energy of my classmates — classmates who went around knocking on doors and making phone calls. The first election many of us ever voted in was that school board election, which typically doesn’t happen. I’m so proud to have mobilized young people to participate in local government in my first election.

Is there anything you think adults in school systems should be doing to motivate and empower young people?
When young people feel their voice matters, they will amaze you with the ideas they have for improving a system. So, it’s important that, when we talk about school governance, young people run [for office] but it’s equally as important that educators and leaders listen to kids and give them voice and agency and empower them to get involved.

What was it like being a young person in government?
I learned, in local government, agism is real. People have underestimated me since that first election I ran in. The only thing you can do to combat that is to work hard and prepare. To this day, if there’s a meeting, I am up to date on statistics and facts and have a group of mentors who continue to guide me. But for many young leaders looking to make a difference, they do face skepticism and people underestimating them. But I use that as fuel, and I’d advise other young people to do the same.

You’ve managed to help pass quite a bit of legislation. What motivates you?
I’ve had a commitment to taking care of those most vulnerable in our community because I believe that’s how a government and a society should be judged — whether that’s helping people with disabilities, increasing access to mental health resources, taking care of our veterans who are homeless, or helping people suffering from drug and alcohol addiction. I’ve made fighting for those groups the hallmark of my career in government.

Did your time at HGSE shape how you navigate the political landscape?
I remember learning in Professor Marty West’s class to debate both sides of an issue in contemporary education at a time when people in government can’t seem to debate earnestly or openly. It was illuminating and made me a more well-rounded learner. I also learned about leadership in organizations and how to drive culture and initiatives forward with Senior Lecturer Karen Mapp, Ed.M.’93, Ed.D.’99. I’m so grateful these professors have continued to be mentors.

You mentioned that we’re living through a time when people in government can’t seem to debate openly. How can we overcome this to solve problems?
Local government is a place where we should bring people together to get things done around the things that matter. Even though most of the nation’s focus seems to be on Washington, local issues impact people’s daily lives the most — it’s making sure the roads are getting paved, making sure the services are there for seniors, and ensuring communities are safe. I would say to anyone in local government to continue to earnestly listen to both sides and that when people are speaking, we listen to understand as opposed to listening to reply. So often, when we hear an opposing viewpoint, we’re listening to prepare a counterargument as opposed to listening for compassion and empathy.

What’s next for you?
I’m running to be the youngest Democrat in the U.S. Congress. I want to be an inspiration for more young people to find their voice. Whether they run for student government or run for congress, I want to show young people that their voice matters. The Greatest Battle in History