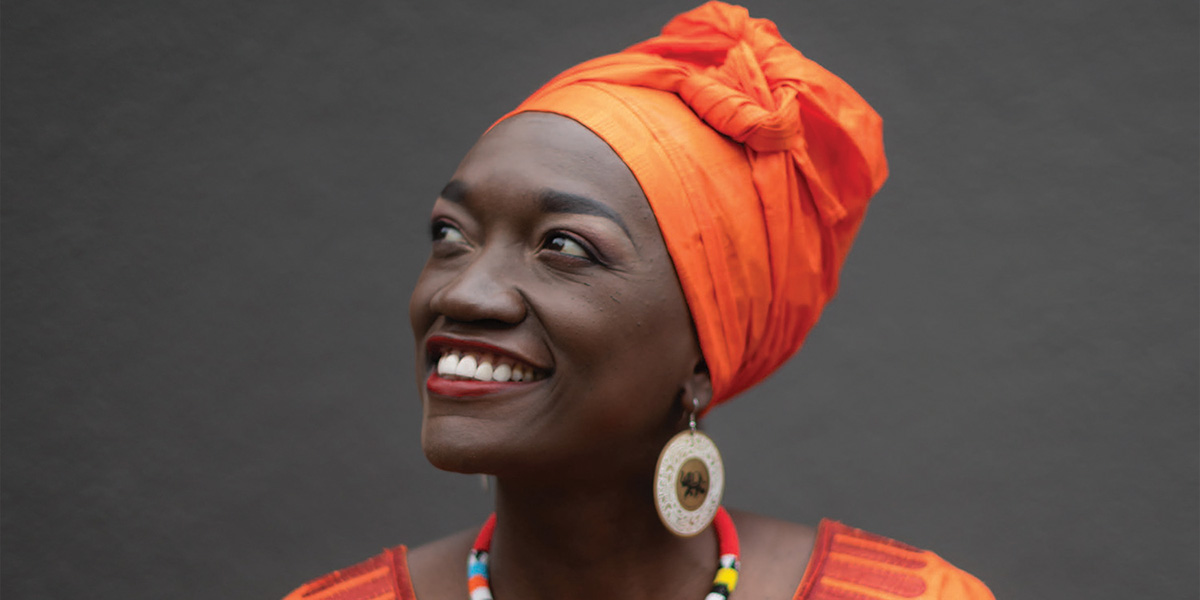 Founder and Executive Director | Hope for the Child | Kisumu, Kenya

A brisk breeze blustered into the back seat as I cranked the mechanical window down vociferously. The two-day journey I had just concluded from Minnesota to Kenya’s Kisumu International Airport was forgotten. My father, in the front seat, muttered something about heavy rains and the crop that was bound to be bountiful this year. Children splashed in puddles outside the Nyawita slums we were driving past on our left. The vaguely visible train tracks that ran along the road, in disrepair, were the only vestige of a seemingly prosperous past. Piles of garbage were strewn around from the slum dwellers that had nowhere to dispose of their waste.

“The train has not come to Kisumu for a long time,” my father lamented, slightly discomfited. One of the children peeled away, pulled down his tattered shorts, and squatted to relieve himself on the tracks. He swiftly pulled them up and scuttled along to catch up to the rest who were keen to get away from their smelly friend; they disappeared into the shanties. Down the road, men were washing their bodaboda taxis in a large, muddy pool, ridding their scooters of the thick grime. Across them were cattle, necks stooped low, lapping while littering as their herder whistled, frustrated, lashing their backs with a stick, hustling the straying heifers to rejoin the flock.

Soon, a uniformed guard pulled open the gates at Arise N Shine Community Academy. We were greeted by second graders, singing and dancing. The sun beat down on the backs of the dancers, jigging in a trance, sweat streaming down their brows, oblivious of the dust provoked by their pounding feet. Onlookers clapped, cheering them on. Tears flowed as I hugged the kids, teachers, staff, and Mama, sitting under a shady neem tree.

Fourteen years ago, with seven children, we turned one of Mama’s bedrooms into a daycare center. Today we run two schools in Kisumu town and in Nyamila Rural Township, an hour away. We have graduated 3,000 students, pre–K to fourth grade, 300 annually. They were largely from the surrounding slums. Thanks to donations from Hope for the Child (HTFC), a Minnesota-based nonprofit I established in 2007, tuition was largely free. HTFC’s mission was simple: provide access to quality education to marginalized children to alleviate poverty and promote advocacy. We remove barriers to access by feeding them, and providing basic health and sanitation, such as vaccines, running water, and toilets, to prevent disease spread. Secondly, we promote safety and wellness. Two teachers are sponsored annually to train in early childhood development. We were impacting lives. I was humbled.

“Someday, God will help us make sense of the mess, I thought. Yes. Everything was going to be all right.”

This was October 2019, before COVID-19. Paltry government assistance after schools shut down in March was sobering. Minnesota, where I lived, had already switched to distance learning and I was a kindergarten teacher to my 5-year-old at home. In Kenya, however, there is no infrastructure to effectively support this or any type of distance learning for the masses. Teachers lamented that government radio and television programs undermined feedback and exchange, critical rudiments for learning. Television needs electricity. Learning packets developed by the Ministry of Education were cost-prohibitive to print and disseminate. Teachers feared for their lives in the face of police brutality during the draconian lockdown and dreaded contracting the virus doing outreach programs.

And so we prioritized nutrition, then safety and wellness, and learning last. Basics such as maize, beans, avocados, or yams procured from the school farm incentivized caregivers to pick up free rations and learning packets at the school, three times a week; a bonus if they brought the child in. Completed packets were returned in exchange for new material and replenished rations. Unfortunately, we could not track the children who had been sent away by their caregivers to rural homes to live with surviving grandparents and alleviate hardship —  at least until September, when schools would reopen.

Hopes turned dire when the Ministry of Education announced in early July that schools would remain closed until January 2021 and all students would be held back to restart their current grade.

Any future investment plans in infrastructure, cell phone towers, electricity, and subsidized data packages did nothing to assuage the burden of delivering the education and nutrition desperately needed today. This class war meant winners would be those in the upper echelons of the economic pyramid or persons with pure grit to prioritize learning for their children.

Mama Kambua, a 23-year-old single mother of four, all under the age of seven, lives in Nyawita. With schools closed, the lockdown, and being laid off, feeding the kids daily was a struggle she accomplished by any means necessary. Pregnant at age 15, she dropped out of school herself. She did not know where her kids were most of the time and had no time to pick up packages. She felt alone, overwhelmed, and out of options. Wiping her sweaty, tear-stained face with shaky fingers, she sank into a chair and whispered a prayer for her children’s safety, wherever they were. She will send them to grandmother’s in the morning.

Mama Otenga is a 32-year-old. Her husband, a manager at a marketing firm, makes enough for her to stay home in a nicer side of town. For an additional fee to the school, she streams classes online for their kindergartner and second-grader. She has even hired help to do household chores and private tutoring while she ran errands.

The impact of the virus for these two families is distinctly different.

The window purred as it slithered down my car door, letting an autumn breeze in, its chilly feel portending the Minnesota winter. The road wound into a beautiful backdrop of trees, rich, chestnut trunks with deep, rustic-red leaves that seemed ablaze at the tops, burning orange and yellow hues. I turned into my driveway and stopped the car. The garage door slowly opened, revealing no fanfare — no teachers, no drummers nor dancers, and Mama was not sitting under the crabapple tree in front of my house. The freshly mowed grass in the serene suburb that I called home looked pristine. A longing to do more for Kenya overwhelmed me, leaving a deep hole in my chest.

Would donors continue to support a closed school? What about the dropouts? Those children sent out by reckless caregivers to earn a wage or sell moonshine, the ones who endure unchecked abusers or pedophilia; the disenfranchised boys driven to the streets where they smoke glue to escape. What about their pangs of insatiable hunger?

Slumped over the steering wheel, I said a prayer and wept — for a while. I pondered ways to keep everyone on payroll. Layoffs would cause hardship. Perhaps the staff could be farmhands, teachers could be evangelists, safely spreading COVID-19 education with Mama a missionary and the school an altruistic sanctuary for the whole neighborhood.

Irresolute, I felt a quiet knowing. Someday, God will help us make sense of the mess, I thought, pulling into my garage. Yes. Everything was going to be all right.

Akinyi Williams founded Hope for the Child to alleviate poverty and promote advocacy by providing education access to poor children, starting in her home country, Kenya. She currently lives in Minnesota and travels frequently to Kenya to support the two schools.