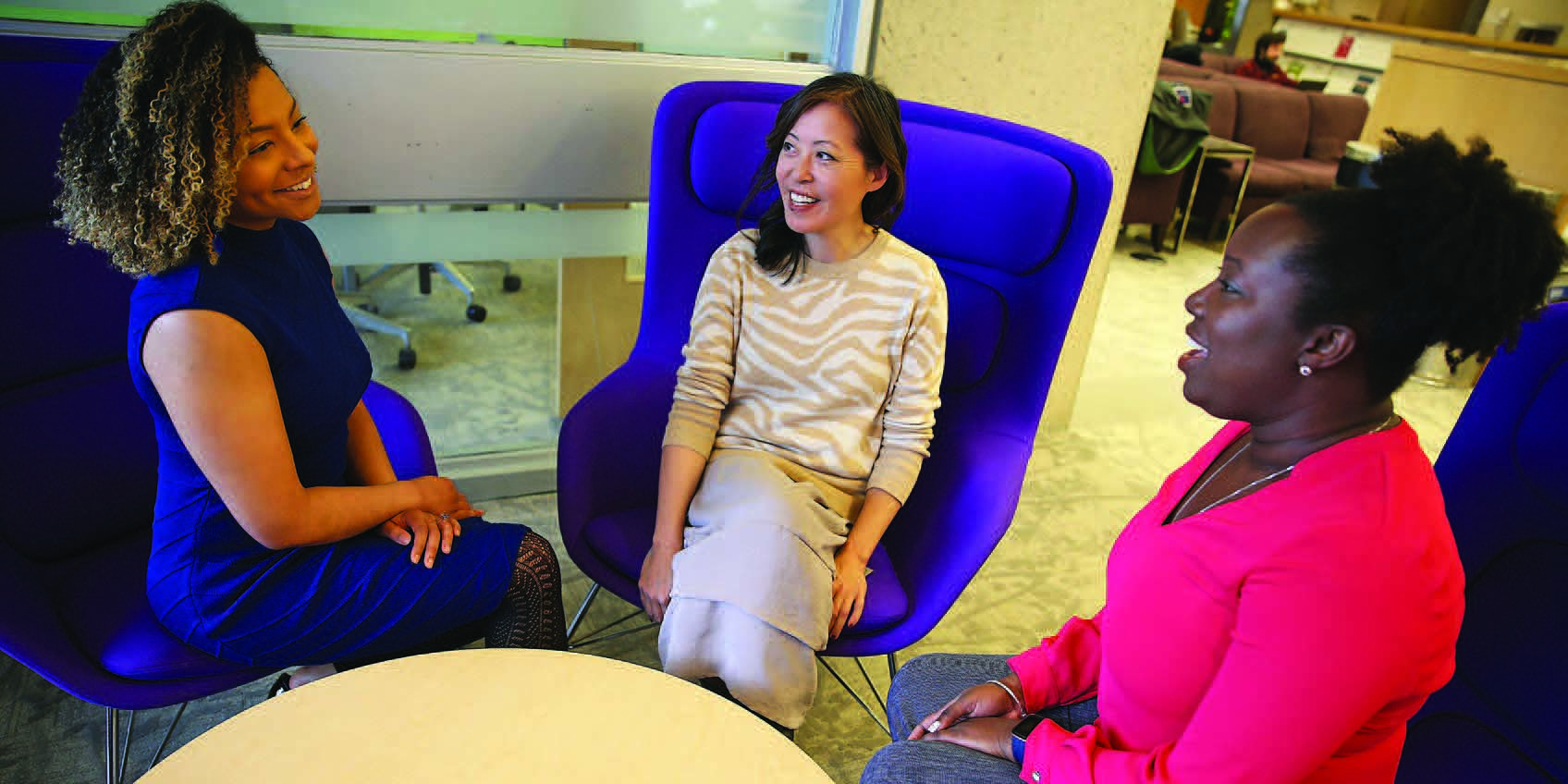 Growing up in Los Angeles, Bonnie Lo, Ed.L.D.’20, wished that her Chinese culture could be included in her classroom curriculum. As early as the first grade, Lo recalls her teacher telling her parents, “Don’t speak Chinese with Bonnie; use English,” as though the family’s native language had no place in school or at home. Needless to say, this did not sit well with Lo.

And she’s not the only person who has experienced these educational indecencies and wants to do something about it. That’s why, after taking Senior Lecturer Irvin Scott’s Sector Change class, in which they were challenged to think about one thing they wanted to change within the education ecosystem, Lo teamed up two other Ed.L.D. students, Charisse Taylor and Yasmene Mumby, to start ColorFULL Media.

The goal of ColorFULL is to give diverse students validation in the classroom by introducing numerous cultural identities into the curriculum. According to Lo, Taylor, and Mumby, the project is based on their personal experiences of not being able to see themselves in their school curriculum’s multimedia. Mumby, for example, recalls that whenever her teachers gave lessons on black history, the focus was almost entirely on the topic of slavery, but never on African Americans who were leaders or changemakers in other eras of U.S. history. Using photos, videos, and audio, ColorFULL is trying to shift the representation of youth of color in media and curricula to show more positive, and expanded, imageries and narratives.

Lo, Taylor, and Mumby bring to the project not only their personal experiences in schools, but also their professional perspectives. As San Francisco’s public school system’s director of principal leadership, Lo coached nearly 100 site administrators who worked with families that collectively spoke more than 20 languages. Taylor led the design and implementation of several large-scale citywide education initiatives in New York City. And Mumby cochaired the Baltimore Education Coalition that organized 3,000 parent, student, and teacher leaders around the renovation of school facilities throughout the city. Bringing their leadership skills together for the project is important, Taylor says.

“The prevailing narrative about women of color continues to be that we cannot or should not lead,” she says. “We are, and will continue to be, proof that that narrative is false.”

After achieving early successes as they were creating the project, including a win at the 2019 HIVE Pitch Competition and two fellowships with the Harvard Innovation Lab, the ColorFULL team held a convening in January with educators to dig deeper into developing culturally affirming content. They are now seeking out educators and teaching artists who would like to contribute curricular content to the project and share their knowledge.

“Too many teachers are doing this work in isolation,” Lo, Taylor, and Mumby say in a group email, “and ColorFULL is a way to bring these educators together.”

To learn more about contributing your curricular content: info@colorfullmedia.com.

Timothy Butterfield, Ed.M.'20, is a recent graduate of the Higher Education master's program.