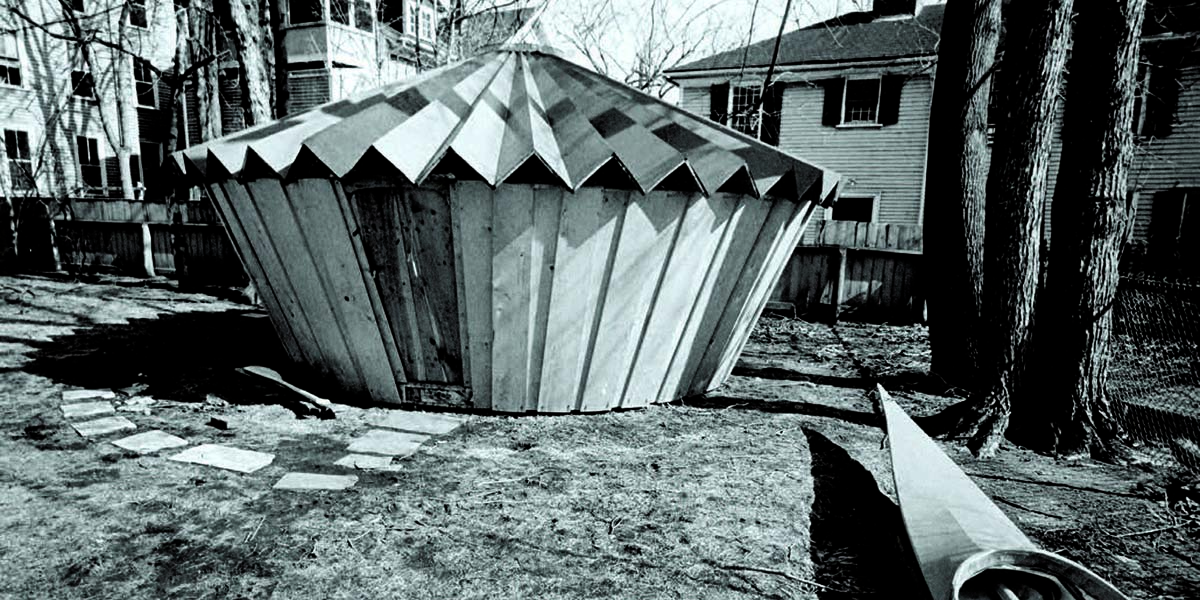 In Search of the Yurt Man

It’s impossible to imagine this happening now, but it was the late 1960s, and times, as Bob Dylan sang, they were a changin’. In October 1968, while architects were still working on plans for what would become the school’s new $6 million library, Bill Coperthwaite, a first-year doctoral student, built a $600 (and some would say brutalist style) yurt in two days on the library site, with the help of other students. The yurt, with its shiny red roof, became a gathering place for students to drink tea and talk about what they were learning. Coperthwaite told the Harvard Crimson at the time that the school’s approval for the yurt surprised and pleased him, as did the reaction of staff members like William Reilly, the school’s business manager, who told the student newspaper, “It would certainly solve my space needs if I could put up a few.” The following year, Radcliffe College agreed with Reilly and asked Coperthwaite to design another yurt for their faculty and administrators in what is now the location of the Sunken Garden. Lecturer William Schroeder helped build the new yurt and said he planned on holding office hours in the space after Christmas and in the spring would teach a seminar there.