#45: Because We Found Our Oldest Alum 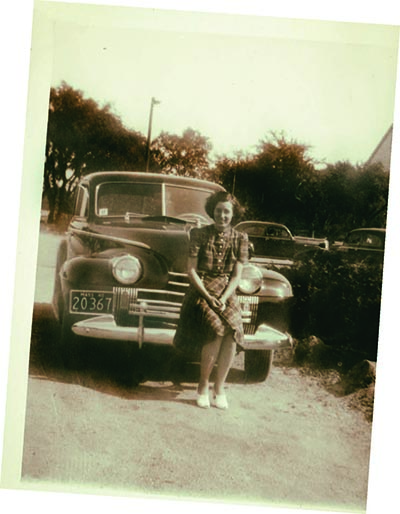 When it comes to birthday celebrations, Evelyn Church Hatfield, Ed.M.'42, has got the Ed School beat.

Hatfield was born in a farmhouse near Clinton, Indiana, in 1912, just a few months after the Titanic sank. President William Howard Taft was still in office. Today, she’s living in a nursing home in the Hoosier state, where she got her bachelor of science at Indiana State University in 1934, raised two kids, and taught for 30 years at Evansville Central High. She drove a stick shift Honda Civic until she was 101. Three years later, she finally got to see her beloved Chicago Cubs win the World Series — a first in her lifetime.

Hatfield came to the Ed School at the urging of one of her Indiana State professors, the head of the university’s business department, where Hatfield had worked as an undergraduate.

“He had insisted that she and several other students should apply to Harvard for graduate school because they should aim their goals high,” says her son Bruce Hatfield, himself a teacher for 34 years at Bosse High School, also in Indiana. She did, attending only during the summer, a wartime option for working students. It wasn’t a guarantee there would be a second summer.

“She said that the master’s candidates, after their first year, were informed as to whether they would be invited back for the second year,” Bruce says. “Obviously my mother was relieved when she received notification that she had been invited to return” to the Ed School.

Over the years, Hatfield and her family traveled to Cambridge a few times for alumni events, especially after she retired from teaching in 1978. At one of the reunions in 1980, another Harvard alum asked a question that got Hatfield miffed — for herself and other women. “A gentleman approached my father to ask him what year he had graduated,” Bruce says. “My dad informed him that my mother was the Harvard graduate. He said, ‘Oh no, she could not have graduated from Harvard. It would have been Radcliffe.’ Having corrected him about how women could get a master’s from Harvard, my mother was rather upset. In telling the story to my sister, Julia, my mother would always say something to the effect of, ‘Don’t you think that I would know where I graduated?’”

On June 5 of this year, Evelyn Church Hatfield will turn 108.