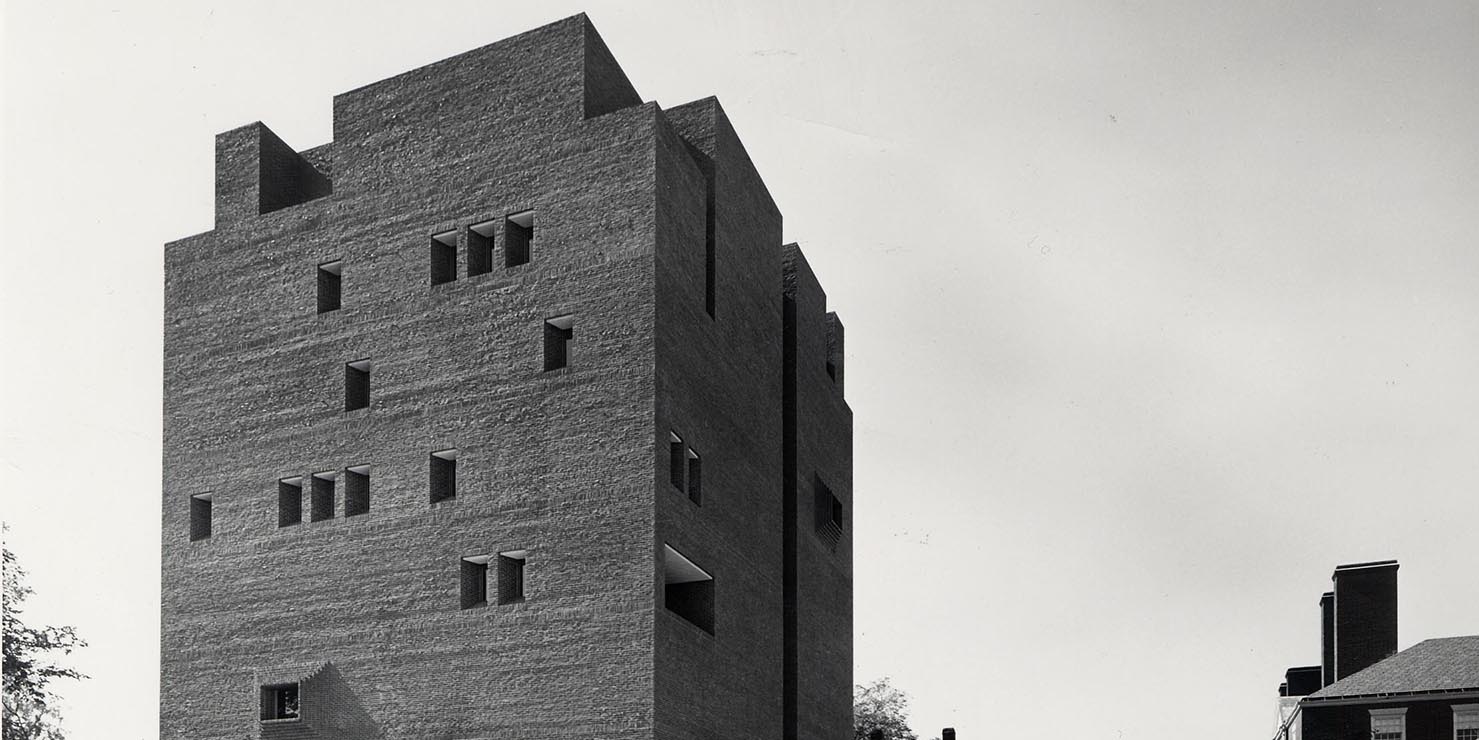 #14: Because Brutal is (Mostly) Beautiful

In 1973, a year after it opened, Gutman Library received an honor that might make some — still today — flex an eyebrow (or two). The Boston Society of Architects, at their annual dinner in May of that year, called the building one of the “most beautiful pieces of architecture” in the metropolitan Boston area. The dinner was to honor the library’s architect, Benjamin Thompson and Associates, with their prestigious Harleston Parker medal.

The committee called the massive building, with its reinforced concrete and stark, blocky shape, an “outstanding example of a disciplined approach to architecture.” They particularly praised the “brightly colored interiors” of the library, which were then painted in bold reds, blues, greens, yellows, and purples. The interior reflected the “liveliness of Brattle Street and reinforces the immediate urban pattern,” they added. Benjamin Thompson, who had earlier started the famed Architects Collaborative with Walter Gropius, founder of the Bauhaus School and head of Harvard’s Graduate School of Design, said at the ceremony that his intention in designing the library was for it to be “functional but in the scale of the street, particularly the surrounding residential area.”

Like many other buildings created in this brutalist style — a French term, beton brut, or raw concrete — Gutman has its critics, particularly folks who work in the building and find it cold (despite colorful furniture). So, too, has nearby Larsen Hall had its critics. Its modern style hasn’t been embraced by everyone since it opened in 1965. Likened to a brick bunker, 3-D IBM card, or medieval castle, the tallest building on campus was actually designed in reaction to the surroundings. In a letter written in 1964 to Roy Larsen, the building’s namesake, lead architect William Caudill wrote, “One of the main design premises of the building was to make it as flexible as a glass Manhattan office building, still have the feeling of permanency that will allow it to dwell together in unity with other Harvard buildings, yet retain its individuality. Now if it does these things — and I think the building will — we must have anticipated that it would be called Roy Larsen Hall. Like the man, the building should be dynamic, should have a timeless quality, and should be a distinctive and distinguished individual. If not, fire the architects — after the dedication.”

The architects weren’t fired, and Larsen Hall received many accolades over the years. “New and stimulating,” wrote one architect in The Boston Globe. “Active, ingenious,” wrote the authors of Harvard: An Architectural History. But there was also criticism of the building’s quirkiness. Windows were few and far between, in part because the architects wanted to draw the eye to a small number of stunning views. Which they did — at the expense of natural light (very little) and windowless offices (very many). It seems that Caudill had a sense of humor about the criticism, saying at the dedication ceremony in 1966, “The new structure may have a strange form, but it will wear a familiar Harvard tweed.” And finally, “What’s wrong with castles?”