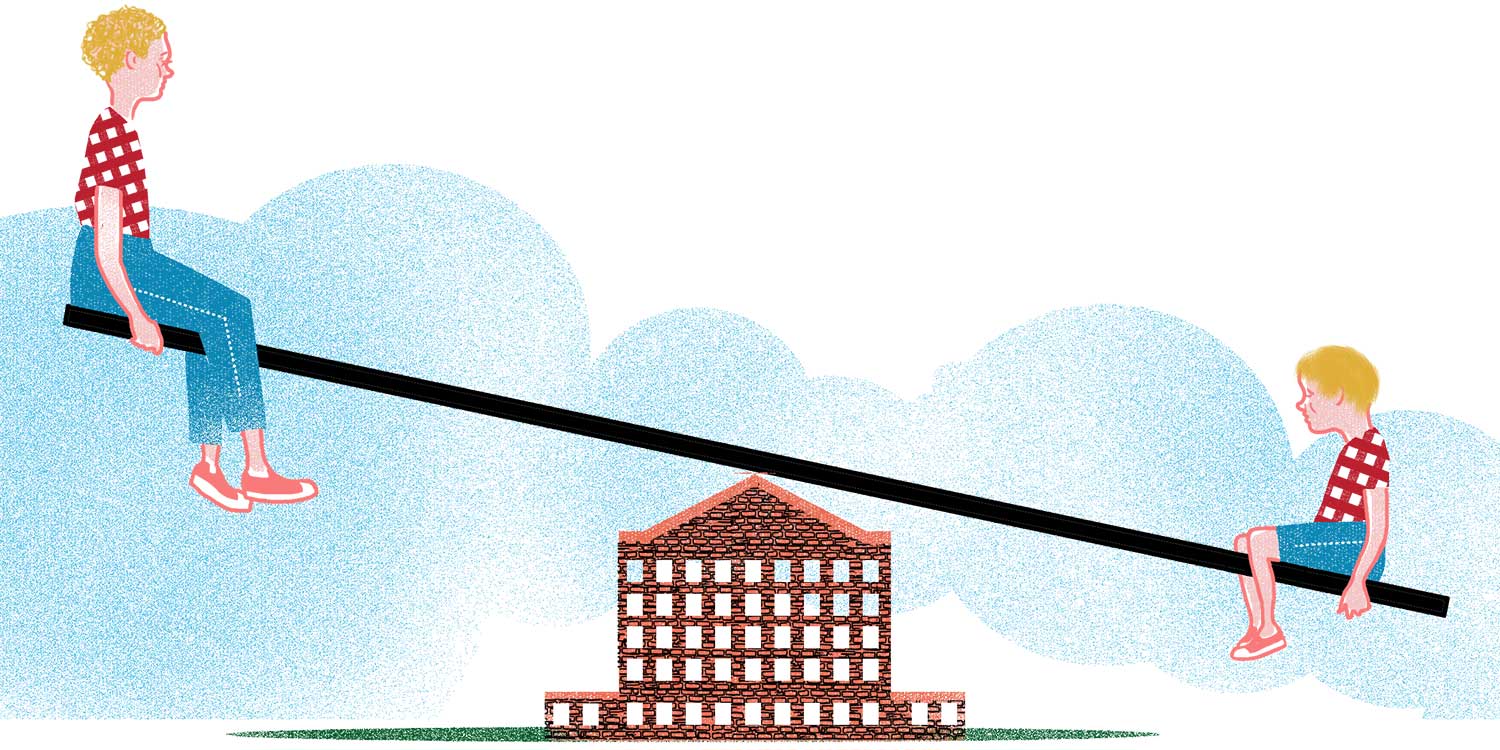 It’s not often that jazz singer Billie Holiday gets cited in an Ed School research paper. But when Associate Professor Ebony Bridwell-Mitchell wanted to find a way to explain what she found when she looked at the equity of school partnerships, this line from Holiday’s “God Bless the Child” seemed perfect: “Them that’s got shall have; them that’s not shall lose.”

In other words, as this applies to schools and outside partners that fill gaps (reading buddies or a dance company teaching after school), schools that are already well resourced with experienced teachers and solid networks are more likely to have partnerships, and get new ones, compared to schools with less experienced teachers, more students receiving free or reduced lunch, and no partnerships in place. As a result, these partnerships, meant to help, can actually worsen inequities between schools.

That’s why, Bridwell-Mitchell says, it’s not only important to look at the outcome of school partnerships, such as how these organizations help boost test scores, but also to ask how schools gain access to those partnerships in the first place. After examining 211 New York City high schools and 1,098 outside organizations, Bridwell- Mitchell found that a few factors made a big difference.

For starters, schools that were physically closer to potential partners like YMCAs or art organizations were significantly more likely to have partnerships than schools that weren’t. A partner might want to stay in the neighborhood, for example.

In addition, schools with more stability among staff (and therefore more experience) were more likely to form partnerships.

“Teachers who are at the school for a long time, they’ve become more familiar with their options for who could partner,” Bridwell-Mitchell says, including connected parents.

Surprisingly, personality does not play as big a role in forming partnerships as you might imagine, she says. A charismatic principal may not draw in partners any better than a quieter one. “Yes, strategy matters, but you know what outweighs strategy? The characteristics that are beyond your control, like what neighborhood you’re in.”

“Schools that have a lot of partners, they’ve learned what it takes. If you’re at a school that doesn’t have partners, you haven’t learned that,” she says.

“Giving every principal a list of potential options is a step in the right direction, but it also means all 20 schools are now going to compete for the same partners,” she says. Instead, a district should also work one-on-one with schools and help them find good matches. Partners also need to think beyond the tried and true. “If we’re going to create wider access, partners have to go beyond what they’d typically do,” Bridwell-Mitchell says. “Maybe that means looking outside their neighborhood.”

What other advice does Bridwell-Mitchell have for educators? If she were a principal, she says, “I’d try to hustle to find partners, even if I knew I would have limited success. This initial hustle is important because if you don’t show that you’re trying to hustle, it would be hard to go to the district or a principal at another school and say, ‘I’ve really exhausted my options, can we brainstorm new ideas?’”

At the district level, she might throw a partner fair but approach it not just as a task to check off.

“It’s not just opening the door and saying good luck, pick one,” she says. “You need to know the leaders and schools well enough to say JFK Elementary doesn’t have a lot of partnerships, let me introduce them to these three. It’s you intervening.”