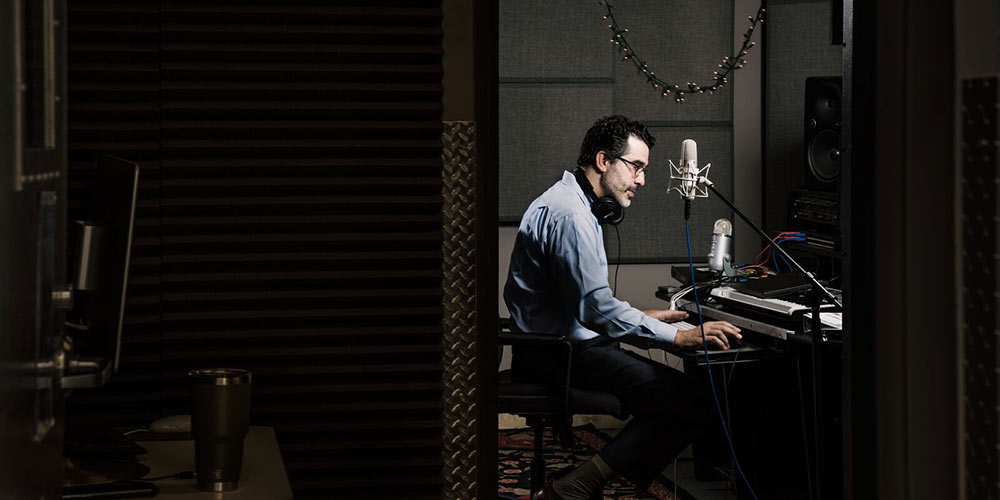 The Sound of Goodness

After working for more than 25 years in education and human services, it would be easy for Jake Murray, Ed.M.’94, to focus on the problems. He’s certainly seen his share of them. But that’s not what he’s drawn to. He’s drawn to the optimists. The altruists. The people doing caring things. Life-saving even. And it’s these people who are now the focus of his latest work, a podcast called Power of Good.

“What inspires me are those folks who see a social problem — homelessness, domestic violence, disaster relief — take action, develop a solution, and sustain this work over time,” says Murray, whose day job is faculty director for professional education at the Boston University School of Education. “Many folks dabble in this work, receive a grant or two, and then move on. But others stay committed, build an organization, support and mentor staff, and have impact over many years.”

That includes the first person he interviewed for the series: Steve Gross, chief playmaker at Life is Good Kids Foundation.

“I met Steve 14 years ago. He was training youth workers for the city of Cambridge, and I was working as the child youth services planner for the city,” Murray says. “His energy and message of bringing your best joyful self to your work and relationships with children resonated with me as a former teacher, counselor to behaviorally challenged children, and new father.” After interviewing Gross for the podcast, Murray says, “Learning about his work made me feel optimistic and positive.” It’s this feeling that he continues to look for as he adds more interviews to the series, which he records primarily from a studio at the Brookline Teen Center, near his office. (Teens at the center do the sound engineering.) It’s also a feeling he hopes his listeners take away, especially those struggling to make an impact on similar social problems.

“There’s this hope that in telling the story, it becomes a bit of a road map for people who are thinking, ‘Oh, this is how someone approached that problem,’” he says. “And for people who are already doing similar work, my hope is that the story inspires them to keep on doing what they’re doing.”

In the beginning, podcast guests were culled from his own Rolodex, mostly activists and educators he had met over the years. Then the list expanded.

“It started out with me just knowing a lot of people, but now it’s happening with referrals,” he says. People have also cold-called him, saying they heard the podcast and had a great suggestion for a guest. “This speaks to this concept that there are so many people who think outside themselves. It’s uplifting,” he says. Recently he also began collaborating with the Boston Celtics. The organization is sharing their list of people honored during halftime as part of their Heroes Among Us initiative.

Asked why he chose the podcast format, Murray explains that over the years he had communicated in other ways, like writing briefs that few people read. But while working as executive director of the Aspire Institute, an idea innovation lab at Wheelock College, he realized they needed to do more popular writing.

“We created our own blog. On our team, everyone had to write something,” he says. “Then I thought, podcast. That seems to be the next evolution, something people are gravitating toward. It’s the next evolution to getting the work out there.” Murray says he gravitates toward podcasts like Humankind and On Being.

Looking ahead, Murray says he’d love to play around with different formats and even group interviews by location — Power of Good Boston or Power of Good Houston, for example — but as a one-person show, that’s a resource and time problem.

“For now, this is a first step,” he says. “Hopefully the power of good continues to resonate with other people.”