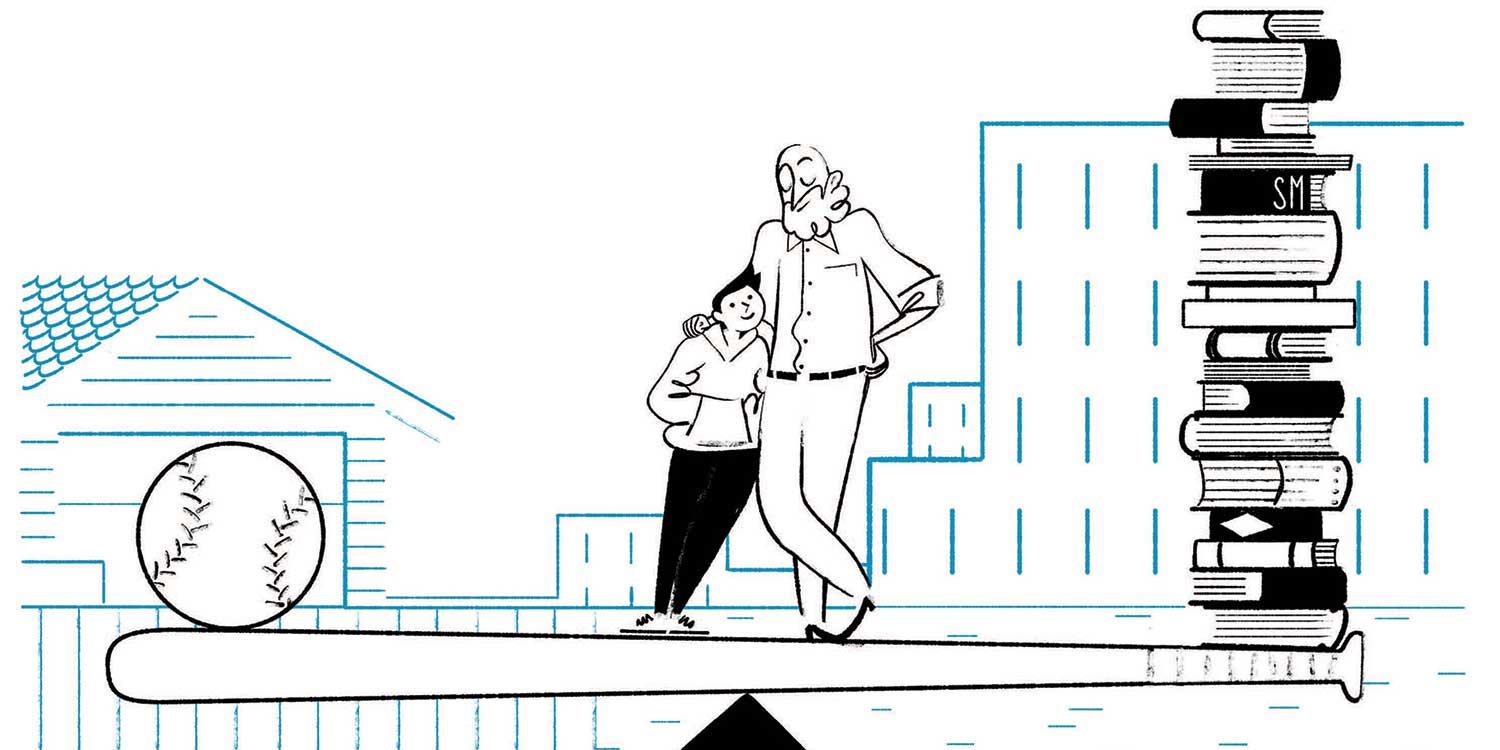 In April, Dean James Ryan published Wait, What? based on his 2016 Commencement speech. The book, which landed on The New York Times bestseller list, discusses the importance of asking, and listening for, five simple but important questions. In this excerpt, Ryan remembers his dad hitting baseballs to him and asks the question, “What truly matters?

Throughout the spring and summer, we would spend hours together, him hitting ball after ball for me to field and occasionally giving me advice, which one time included, “Okay, just give the tooth to me and head back out there,” after I had misjudged a line drive. “It was just a baby tooth,” I remember him later telling my (slightly horrified) mom.

As he got older, my father grew sentimental, and he would get quietly emotional at momentous occasions like graduations and weddings. When I graduated from college, he said, with tears in his eyes, that he guessed I must have learned a thing or two fielding baseballs in the backyard. He meant it half-jokingly, but it was also his poignant way of acknowledging that he hadn’t gone to college himself and of expressing his hope that he had nonetheless helped me along the way.

The baseball line became a running joke between us, which he repeated when I graduated from law school and whenever I started a new job or reached some sort of milestone. In 1997, a year before my dad died, I received an offer to teach law at the University of Virginia. Katie and I were new parents at the time. When I called my parents to tell them about the offer from UVA, my father predictably said I must have learned a lot by playing baseball with him in the backyard. I thought about our son, Will. Instead of just laughing off my father’s remark, as I usually did, I told him, not knowing it would be my last chance, “I actually did learn a lot, Pop. I learned what it means to be a good father.” I tried to say more, but he choked up and handed the phone to my mom.

In deciding that his family truly mattered to him, my father was not unique. I think most people who ask themselves what truly matters, in the grand scheme of their lives, would include family in their answer, regardless of how they define family. In fact, this last of the five essential questions is a bit different from the others in that the answers are fairly predictable, at least on the surface. My guess is that just about anyone who asks this question would identify family, friends, work, and perhaps kindness as things that truly matter to them.