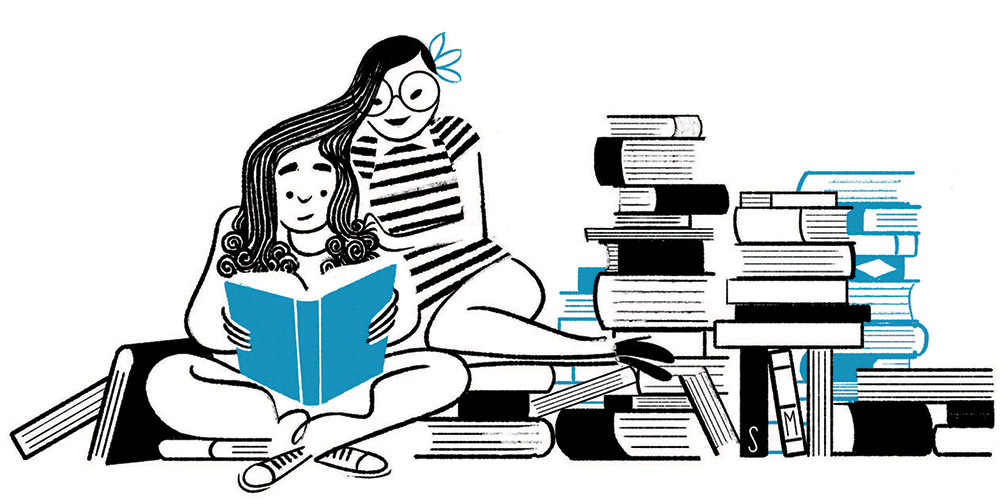 But That’s a Girl Book!

The more Joseph McIntyre, Ed.M.'10, Ed.D.'17, read to his baby daughter, the more he realized that most of the books were about boys — to the point that he began to switch the genders of main characters.

“It made me wonder how things looked in children’s literature as a whole,” he says. While a student in the doctoral program, McIntyre began analyzing existing research. Previous studies found ratios of male-to-female central characters in picture books of 1.5:1 to 2:1. However, he realized these studies had treated all books in their samples equally. As he continued his doctoral research, which eventually became his dissertation, he says, “I thought there was room for a new perspective” that took into account the popularity of books. “If popular books have more male central characters than unpopular books, then the books which kids actually read, and which presumably shape their understandings of gender, may be even more disproportionately male than scholars realized.”

“That means that almost four out of every five books that kids read have male central characters,” he says. “The books that actually reach children are even more disproportionately male than previous research has actually found.”

McIntyre wanted to take the study one step further and see who was actually reading what. He looked at books checked out in two elementary schools in a single district in a southeastern state over 2.5 years. He took 1,000 students and coded up to five checkouts for each student, for a total of 4,968 checkouts representing 3,518 unique titles.

When asked why this might happen, McIntyre says that wasn’t part of his research but cites researcher Elizabeth Dutro's work that found that reading “girl books” is more threatening for boys than reading “boy books” is for girls.

“Similar to how being a ‘tomboy’ is less stigmatized than being a ‘sissy,’” he says.

With this data in mind, McIntyre says adults should be more intentional in exposing kids, especially boys, to books with female central characters, and school libraries should actively consider gender and race in selecting books.

“I suspect that there are a lot of parents who want their boys to grow up respecting and appreciating girls and women,” he says, “and exposing them to stories about girls and women could be a good way to start.” Right on the Nail