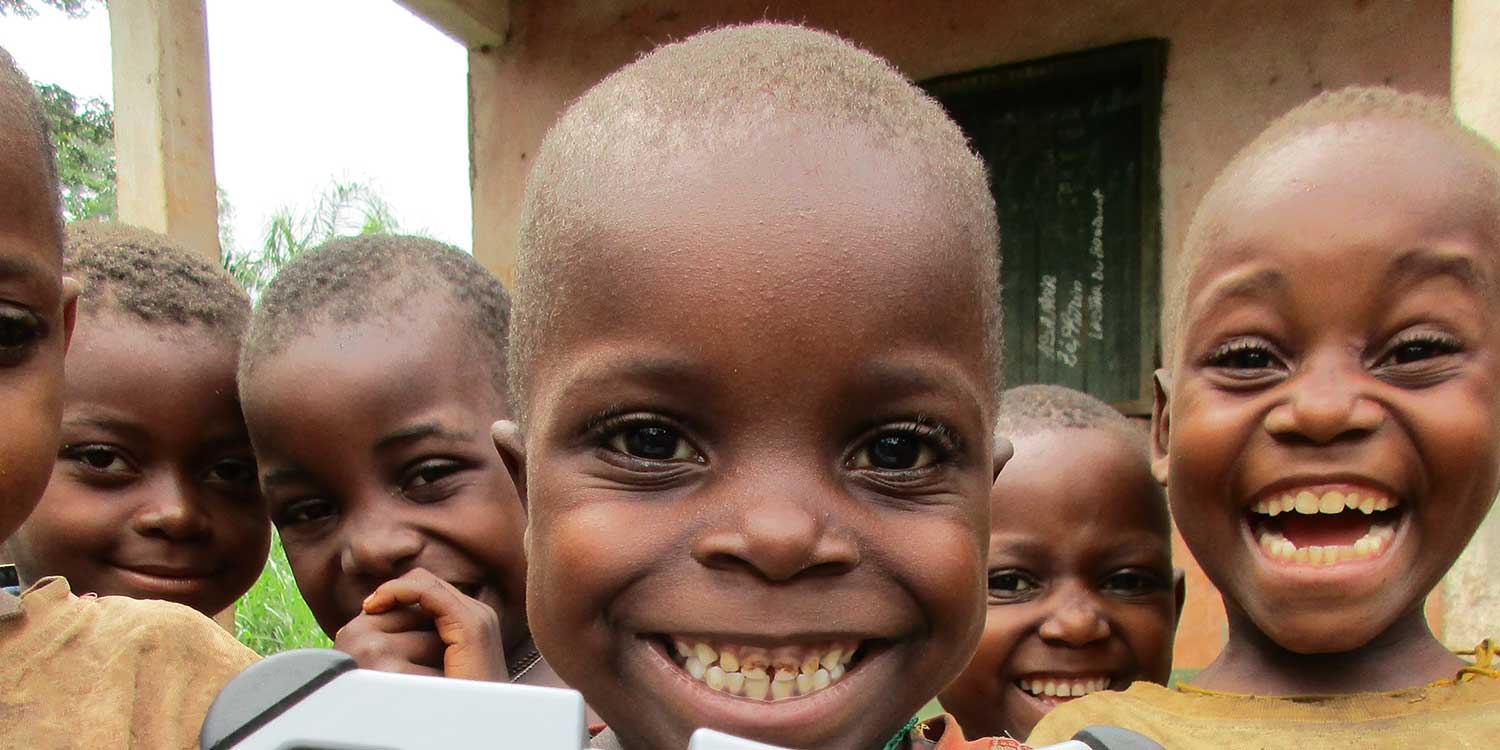 Two Rabbits and a Hand-Crank MP3

It was one of those ideas that happened by chance. A couple of years ago, Sarah Strader, Ed.M.’17, was in Cameroon, conducting research on education among the Baka, a group of nomadic hunter-gatherers living in the eastern forests of the country. Strader learned that Baka children rarely attend formal schooling, especially in the early years, in part because of their nomadic lifestyle, but also because of language barriers — the Baka speak Baka while in most schools in the region, lessons are in French and Bantu. But Strader also learned that families wanted — and needed — their children to learn more.

“While the Baka have a perfect mastery of the forest, it is threatened by logging, mining, and poaching,” she says. “Children need to know not only how to thrive in the forest, but also how to protect it and engage with outsiders on an empowered footing.”

But how? Beyond the nomadic lifestyle, there are other barriers to formal learning: No electricity and the shady forest provides little opportunity for solar power. There are no books because the Baka don’t have a written language.

By chance one day, Strader noticed a couple of Baka kids listening to Bible stories on a Saber MP3 machine — a small hand-crank device that was left behind a decade earlier by missionaries.

“Parents and I came to realize the potential of this tool for education, especially given their nomadic lifestyle,” she says. “From there, I developed the idea into a project model, in collaboration with our incredible local partner ASTRADHE, to create the project that is being implemented now.” Even the name of the project — originally Chasing Two Rabbits, now just Two Rabbits — came from the Baka themselves when a father initially discussed the fact that having his children learn the local forest knowledge and pursue formal education was like trying to chase two rabbits at once: If you try, you will lose them both. 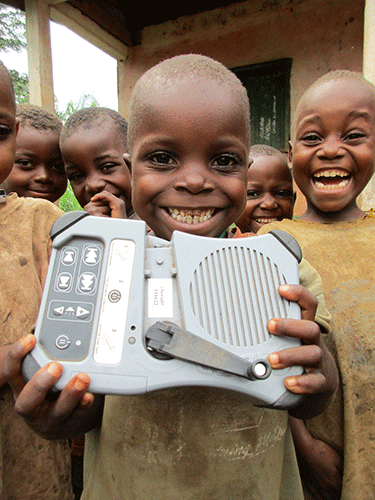 Now, using a research-based curriculum that Strader co-created with Baka parents, local Baka members (whom Strader communicates with in French) record music, songs, and educational stories onto the hand-crank MP3 in their language to teach preliteracy skills. All references are of local things that the children know from the forest and their lives. During a recent NPR interview, Strader likened the lessons to how Sesame Street uses songs to teach turning letters sounds into words.

Two years into the pilot, Two Rabbits has served 150 children in two villages with four Baka lesson facilitators, and now, in addition to Strader, there is a small team of other Ed.M.’17 students involved, including Mary Pham, who worked as a peace educator in conflict-affected areas of Myanmar; Kara Howard, who served as a language teacher in Lesotho with the Peace Corps; and Matt Owens, who taught in Spain. Howard says they all met during the two-week preorientation program for the International Education Policy Program.

“Through our discussions both inside and outside of class,” she says, “we realized that we had a combination of experiences that could help make the Two Rabbits model stronger.” She says they used their time at Harvard to get feedback on how to best incorporate research-based early childhood education practices into the model. There are also plans to pilot the program in Myanmar, starting with a feasibility study in several internally displaced-persons camps.

“We believe that our model, which is low cost, mobile, and based in the local culture and language, could be salient for children that have experienced violent conflict,” Howard says. “We hope to be able to adapt the Two Rabbits model to be effective within the population in Kachin State camps. Cultural adaptation is a huge component of our model.”

This past March, Two Rabbits was named a finalist in the Harvard President’s Innovation Challenge. And last December, the team got a boost when they won $10,000 from GoFundMe in their #GoBeyondGiving Challenge — something that surprised them. “We had been raising money to fund our feasibility study in Myanmar for January and to measure the results of students who completed a year of Two Rabbits as they complete first grade in Cameroon in February,” Howard says. “Both of these were possible thanks to GoFundMe and will allow us to continue honing our model and hopefully adapt it to new communities effectively.”