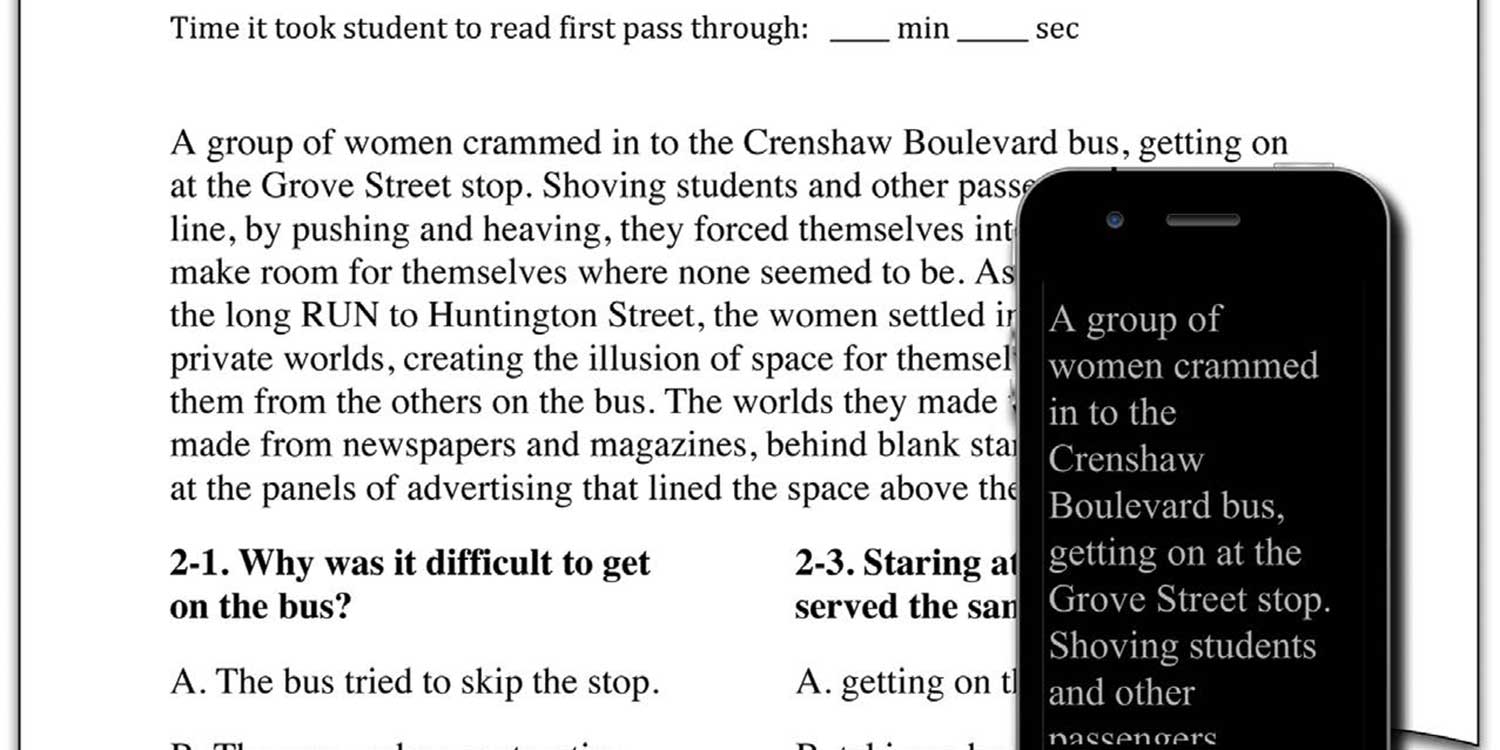 Paper or electronic device? When it comes to reading, people often have strong opinions. But a new study, conducted with the help of fourth-year doctoral student Chen Chen, Ed.M.'10, found that for readers with dyslexia, the choice may be clear: an electronic device, as long as the screen is small.

Researchers at the Laboratory for Visual Learning at the Harvard Smithsonian Center for Astrophysics studied 103 teenagers who were attending a school specifically for students with lifelong reading difficulties such as dyslexia. What they found was that reading comprehension and speed increased significantly for many students when they read short lines — one to three words per line — on a small-screen electronic device like an iPod Touch or smartphone.

"People don't read in a continuous line. They jump words. Sometimes they jump back to read," Chen says. "Researchers used to believe that people with dyslexia jumped back to read significantly more because they didn't understand what they were reading. Our research shows that's not entirely the case. It is possible that for people with dyslexia, their attention is not following their fixation" — keeping their gaze in one place.

When typical readers fixate on one part of a sentence, they are able to control words on the left and right. "But for people with dyslexia, there's often an issue with what's on the left. There's more reading back," he says. "Their attention is not following their fixation."

Using an eye tracker to measure the point of gaze — where students were looking as they read — Chen and others found that by narrowing the page with only a couple of words per line, they cut off the words on the left. As a result, readers with dyslexia read significantly faster and better.

Chen, who worked at a preschool in China for autistic children before coming to the Ed School, joined the dyslexia project while working with former Associate Professor Jenny Thomson, who was serving as his adviser and who collaborates with Matt Schneps, lead author of the research and director at the Laboratory for Visual Learning. The lab was created to study how disorders such as dyslexia and ADHD affect how people learn science. Chen stresses that the primary goal of this research was not to promote iPods or any particular brand of smartphone. In fact, their theory applies to words on paper, too, but, as he points out, there are advantages to using small electronic devices: They're prevalent, and it is much easier to reformat font size and spacing.

Moving forward, Chen says this is just phase one. As they discovered, short-text reading doesn't seem to help everyone with dyslexia.

"Now we are going to look deeper into the profiles of those who benefited compared to those who didn't," he says, adding that app developers are already interested in what they find next.