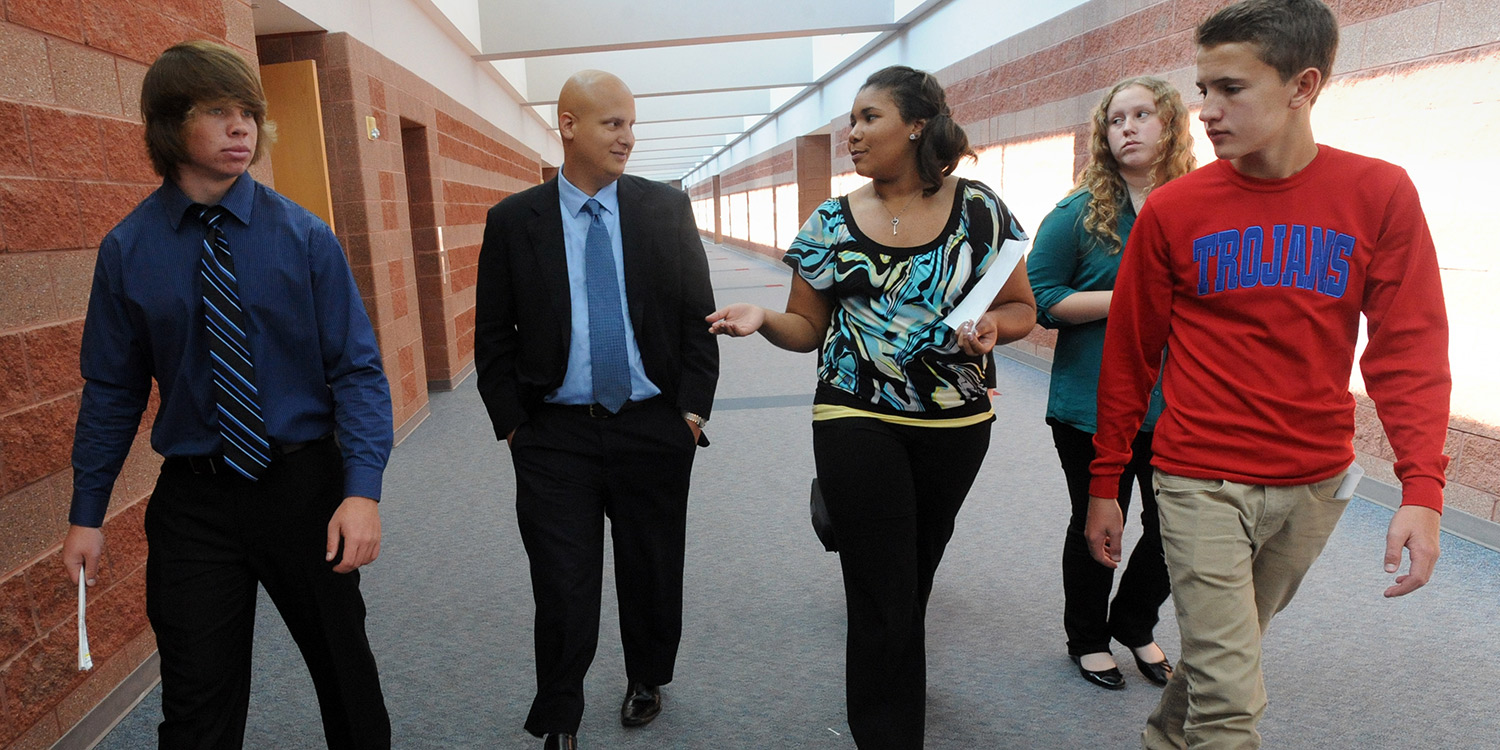 Eric Waldo is deputy chief of staff for policy programs in the Office of the Secretary at the United States Department of Education. He recently celebrated his six-year "Obamaversary."

Program: International Education Policy
Major ED Duties: Adviser to the secretary on strategic communications and policy; primary liaison with the White House on agency activities; cochair of the Advisory Council on Dependents Education; partner of Michelle Obama on the Joining Forces project; and aide on communications and engagement planning around the president’s early learning initiative.

It was the first September in a long while that Eric Waldo, Ed.M.'03, was heading back to school on a bus. Only this time it wasn't bright yellow, nor was it filled with loud, excited kids. This bus was decorated with the United States Department of Education seal and was carrying Secretary of Education Arne Duncan and his team, of which Waldo is a member.

As part of the "Strong Start, Bright Future" campaign, Waldo — deputy chief of staff for policy and programs for Duncan — accompanied the secretary on their 1,100 mile Back-to-School Bus Tour of the Southwest, visiting schools and community leaders in four different states in only five days.

"The best ideas aren't coming from D.C.," he says. "When we go on the tour, we get to meet real teachers, real parents, [and] real students, and learn about their challenges and successes, and bring those stories back to Washington."

One success story came out of Tucson, Ariz., where he met a high school principal who has taken his school completely digital, saving money and enabling his predominantly low-income students to take college-level classes. And in Columbus, N.M., the tour visited a school where 75 percent of the students commute from Mexico, waking up at 4 a.m. to catch the bus. Most of these kids' parents have never met their teachers.

Stories like this have driven Waldo since his post-college job teaching English and improvisational acting to inner-city students in Providence, R.I. "It's incredibly powerful to see the kinds of sacrifices that parents and children are willing to make to get a quality education," he says.

Waldo came to the Ed School wanting to transition into education policy, hoping to make a greater impact. After earning his J.D. at the University of Chicago, he clerked for a federal judge in his hometown of Cleveland before becoming involved in Barack Obama's first campaign for president, eventually joining his transition team in D.C. That is where Waldo met Duncan.

"I joined his team a week after inauguration and was one of the first few political appointees in the door," Waldo says. "Being here at the inception of policies and helping this team move the president's agenda forward has been a phenomenal experience."

The most important thing his team can do, Waldo says, is to impress upon people just how vital education is to this country's success. "If we think we can cut education and it will lead to better outcomes for children, we are kidding ourselves," he says. "Education needs to be considered an investment and not an expense."