Bridging the Gap Between Arts and Activism

A pre-election panel discussion and musical performance by evrYwhr will explore the power of creativity, young voices, and voting.
By News editor
October 29, 2020

Bridging the Gap Between Art and Activism 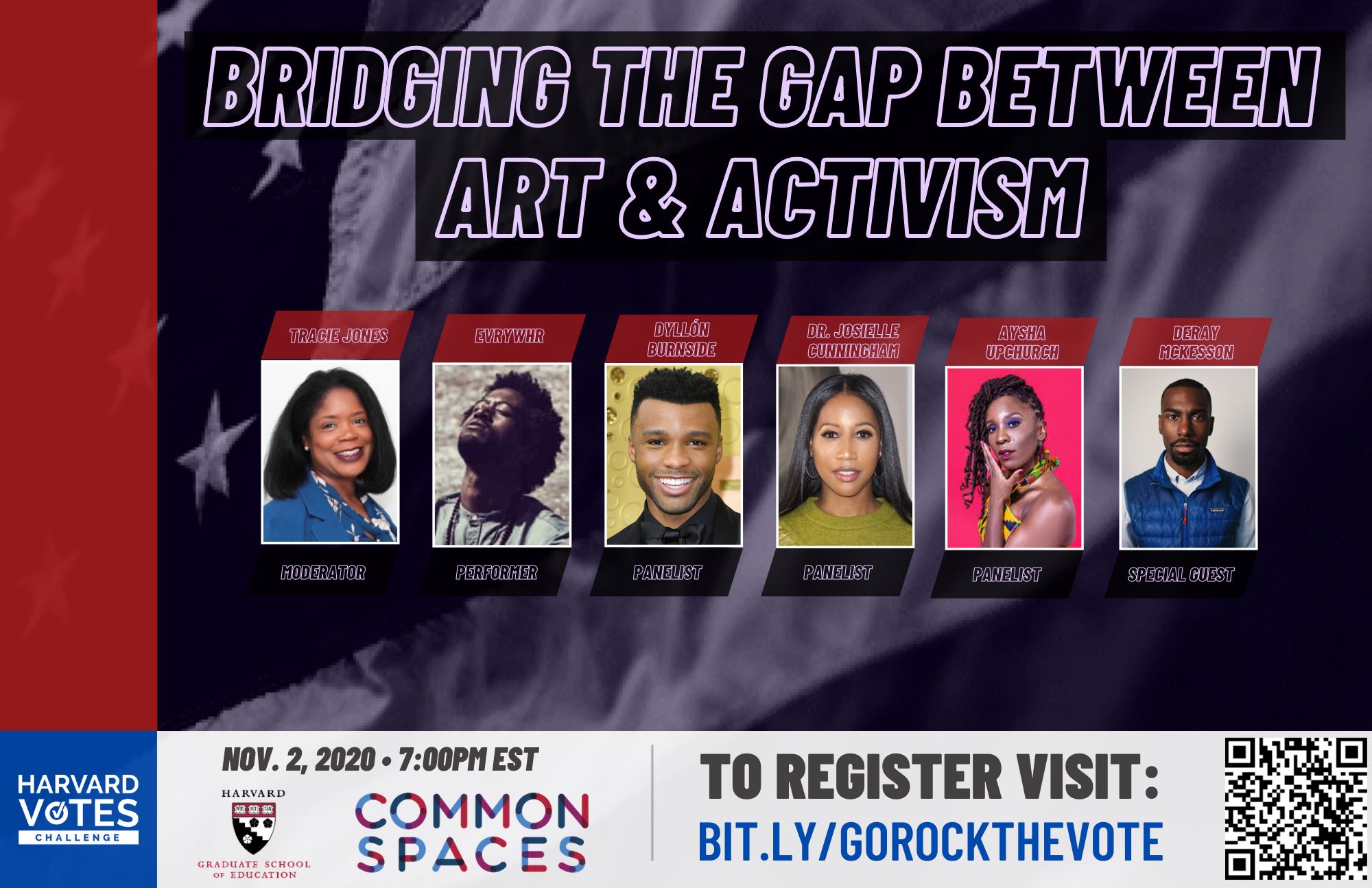 In conjunction with Harvard University’s Common Spaces initiative, the Harvard Graduate School of Education will host Bridging the Gap Between Art and Activism on Monday, November 2, at 7 p.m. The event will take place via Zoom and will also stream on Facebook.

Moderated by Tracie Jones, the director of diversity, inclusion, and belonging at HGSE, the event will begin with a musical performance by evrYwhr, multi-talented artist who has collaborated with Leona Lewis, Mila J, and Aaron Carter, and who co-wrote two songs for the 2013 Grammy-winning album Gravity, performed by Gospel rapper Lecrae.

Following his performance, evrYwhr will deliver a special message about his art and activism.

After, the event will shift to a panel discussion featuring Dyllón Burnside, an actor and singer known for the FX television show Pose; Joiselle Cunningham, Ed.L.D.’17, the chief executive officer of Pathways to Creative Industries; and HGSE lecturer Aysha Upchurch. There will be ample time for questions from the audience during the discussion.

"Creativity has often provided fuel for social impact in the United States and globally,” says Cunningham, one of the panelists. “I'm excited to speak with leaders who are working to ensure that we use our voice and vote in the current election and engage young people in the political process, while honoring the impact that the arts have on our collective consciousness and our ability to dream big."

Register for the Zoom event for a chance to ask questions and participate. Or watch the event streaming live on the Harvard Common Spaces Facebook page. Making Caring Common’s Get Out the Vote initiative provided young activists with the tools to lead voter mobilization projects in their communities.