Behavioral scientist Todd Rogers on new (and old) strategies to fight absenteeism and get more students back into the classroom.
By Jill Anderson
February 6, 2019 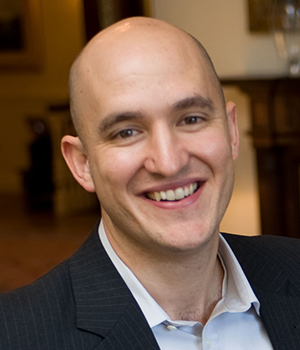 Chronic absenteeism — when a student misses 10 percent of school days in a year — can hinder student success. It’s an increasing problem, says behavioral scientist Todd Rogers — one to which many school districts struggle to find an effective solution.

Reducing absenteeism is vital, says Rogers, as the Every Student Succeeds Act has led in many states to the increased use of absenteeism as one of the five metrics in districts’ evaluation. “So for the first time the vast majority of kids will be attending districts that are being evaluated by their states based on ability to reduce absenteeism,” he says.

But all absences are not equal. Students miss school for a lot of reasons with peak absent years in kindergarten, first, ninth, 11th, and the 12th year, or what is known as the “transition years,” says Rogers, a professor of public policy at the Harvard Kennedy School and director of the Student Social Support R&D lab. Further, parents aren’t always aware of how deep the problem is.

“In education you find that parents underestimate a child’s absences by a factor of two,” Rogers says, explaining that if child missed 20 days, the parent may think he’s missed only 10.

Traditional interventions, such as emails or phone calls, have not been effective in targeting children and their families. But Rogers’ recent research has shown that an old-fashioned notice in the mail is an effective way to reduce chronic absenteeism, by as much as 10 to 15 percent. The mail-based intervention conveys to parents a simple, straightforward message that targets false beliefs about the frequency of the absences and provides motivation.

“We focus on empowering parents with useful information,” he says. “We get parents more motivated to get the kid to school.”

In this episode of the Harvard EdCast, Rogers talks about the issue of absenteeism and how to effectively get more students back into the classroom.

Read more about how parents can be allies in reducing absences in Usable Knowledge.

Why parents need to be vigilant about what they share about their children online – on social media and otherwise. Encouraging teachers to reassess their grading practices and make the adjustments that can guide their students toward academic success.